Celebrated comic jokes at the Center in Esco 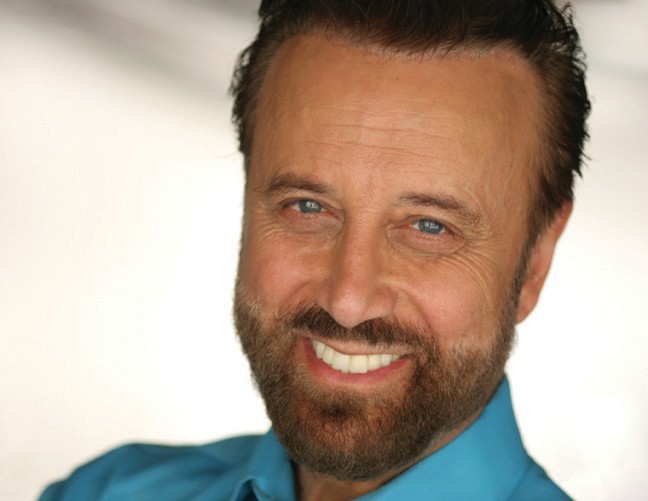 “Only in America, you walk into a bank, and you see a vault door open, and they chain down a pen.”

Yakov Smirnoff, the beloved American/Russian comedian, will perform at the California Center for the Arts on Saturday, Jan. 9.

His show, “Happily Ever Laughter” will be videotaped for presentation early next year on PBS. Smirnoff, who is also a professor at Missouri State University, says it is essential to bring humor into relationships.

Smirnoff recently moved from his self-titled theater in Branson, Mo. to Los Angeles after 23 years of performing there. Smirnoff did his last one-man show in Branson on Dec. 3.

Born in the Ukrainian city of Odessa in the then-Soviet Union, Smirnoff grew up in a communal apartment with nine other families.

“We had no car, no phone. We had no shower,” he told KY3 reporter Emily Wood.

He arrived in the U.S. in 1977 at age 26, not knowing a word of English. He was already a comedian who had run afoul of the Soviet authorities. His earliest hope was to become a bartender so he could tell jokes to his customers, but he had to learn the language first.

From gigs at the Comedy Club in Hollywood he got a spot on the fabled Johnny Carson’s “Tonight Show.” The rest was history. His career soared.

He was invited to the White House as Ronald Reagan’s favorite comic and Smirnoff even wrote jokes for the Cold War Era president. He got acting jobs in commercials, television and movies in the 1980s, working with Tom Hanks, Jack Nicholson, Robin Williams and Richard Pryor.

He was soon living in a multi- million dollar home. Then things changed.

“Yakov Smirnoff will be out of work.”

What at first amused Smirnoff, turned prophetic as the bookings and movie deals dried up. He had two children under the age of three in that expensive home.

But he bounced back by moving to Branson, starting his own theater and performing for more than 4 million people in his 23 years there.

He has kept himself in the public eye. One of his paintings was hung at Ground Zero in New York. He has written books, “America on Six Rubles a Day” and “Smirnoff for the Soul.”

His one-hour special on “Love and Laughter” will be aired early next year on PBS.