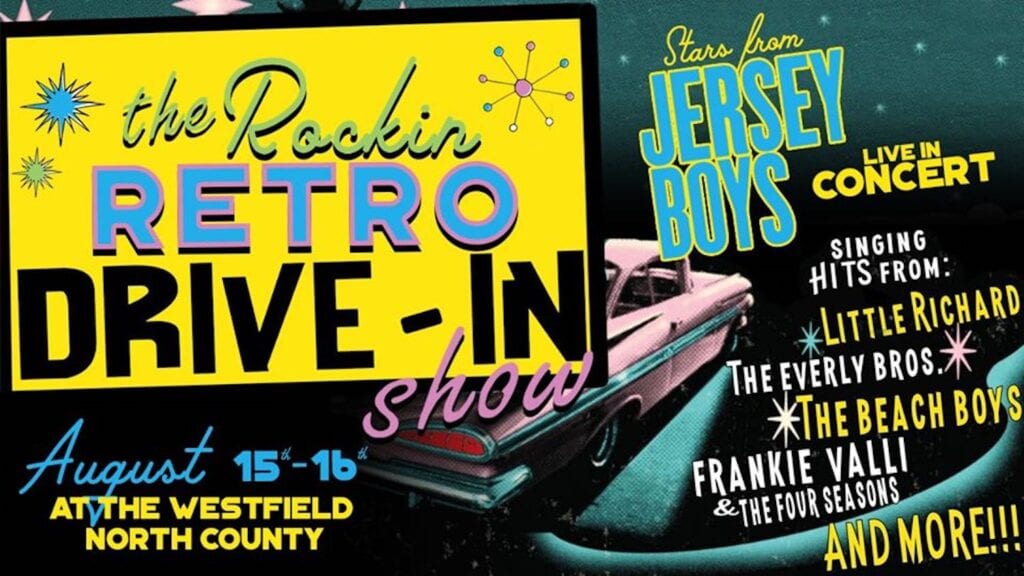 A drive-In concert will be held at Westfield North County in Escondido between August 14-16 with a mixture of movie showings and live music performances.

The Rockin’ Retro Drive-In Show at the mall will be the first two concerts in the Center’s Drive-In Series held during August and possibly extending into fall.

California Center for the Arts, Escondido is introducing a new drive-in LIVE concert and movie series with a weekend of retro entertainment. The weekend will open with a showing of the classic retro movie musical “Grease” (August 14).  The weekend will close with a performance by Jersey Boys stars Christian Hoff & Travis Cloer in a Rockin’ Retro Drive-In Show (August 15 & 16).

Each event will be held in the former Nordstrom parking lot at Westfield North County. All shows will start at 8 p.m., and the parking lot will be open for concert-goers starting at 6:30 p.m. Spaces are available for over 250 vehicles to enjoy the music while keeping listeners at a safe distance. Tickets are available online at artcenter.org/events, or by calling 800-988-4253.

After sharing the Broadway stage together, Christian Hoff and Travis Cloer join forces to celebrate an era of drive-ins, muscle cars, and classic music.  Christian Hoff is a Tony Award-winning actor, boasting an illustrious career both on stage and screen. He is best known for his portrayal of the role Tommy Devito from the Four Seasons.  Hoff shares the stage with Travis Cloer, the longest-running actor to play the role Frankie Valli in “Jersey Boys”.  The performance will feature greatest hits from the ’50s, ’60s, and ‘70s from legends like Little Richard, Sam Cooke, The Everly Brothers, Smokey Robinson, Lennon & McCartney, and beyond!

This will be the first of two featured artists in the Center’s Drive-In Concert Series presented at Westfield North County.  Drive-In Concerts are planning to be scheduled between August – November 2020. Visit California Center for the Arts, Escondido’s website at artcenter.org.

As the non-profit community & cultural heartbeat of North County San Diego, the Center depends on the generosity of arts-lovers to keep it vibrant and thriving.  Each ticket purchase goes toward supporting artists.  A percentage of the proceeds from each ticket will be benefiting the Escondido Community Foundation and the Central San Diego Black Chamber of Commerce Foundation. 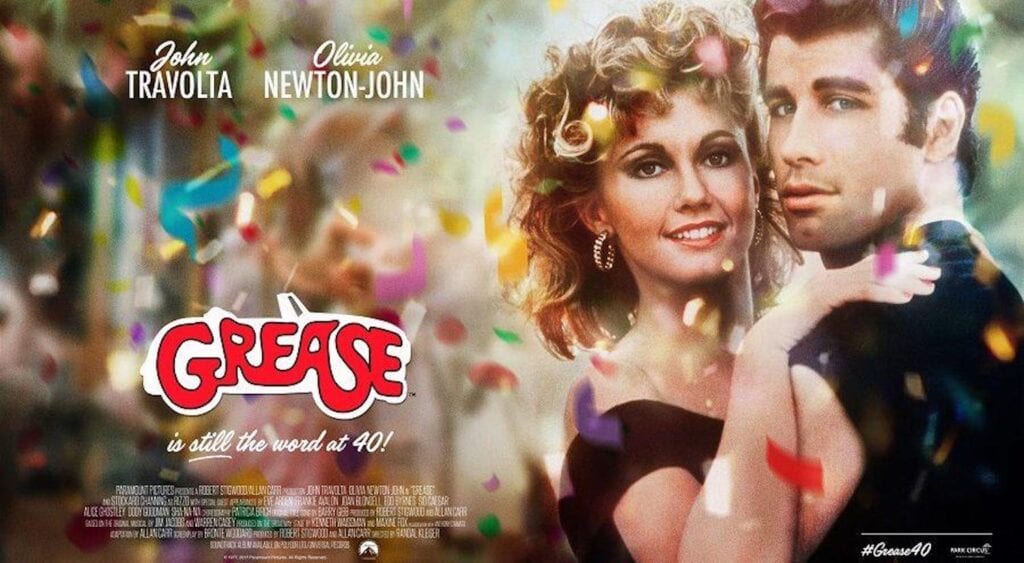