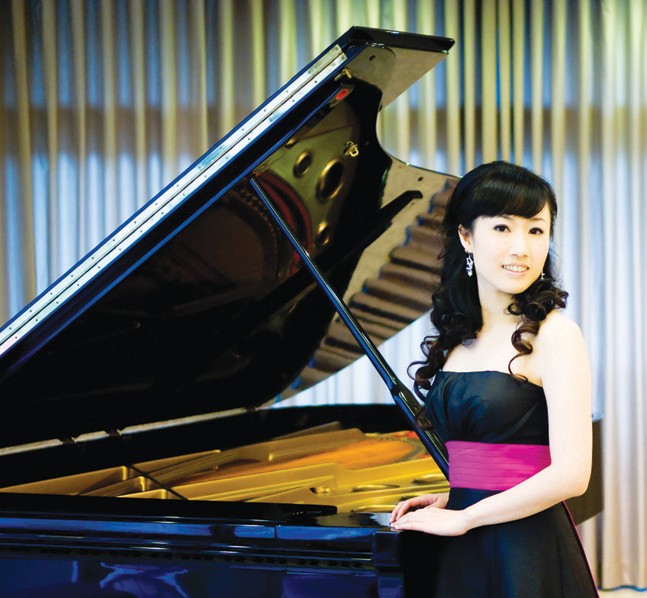 Ching-Ming Cheng will be piano soloist for the performance of Beethoven’s Choral Fantasy.

The Center Chorale, chamber orchestra, guest pianist Dr. Ching- Ming Cheng and guest vocal soloists will perform in this all Beethoven concert. Don’t miss this extraordinary opportunity to experience the grandeur of Beethoven’s music in the beautiful and intimate Center Theater.

Dr. Ching-Ming Cheng began her musical training at the age of 5 and her accomplishments include winning the silver medal in the 2013 International Keyboard Odyssiad Piano Competition along with additional honor performances with the North America Taiwanese Professor Association. Dr. Cheng will be accompanied by the orchestra and chorus conducted by guest conductor, John LoPiccolo.

Beethoven’s Mass in C Major is a dramatic, emotional, groundbreaking work for its time period and was w. Written for Hungarian royalty., Beethoven entered a new creative period with this composition, establishing his reputation as the premier composer of his time.

Joe Stanford, director of the Center Chorale, said “Beethoven’s Mass in C Major is one of the most beautiful works I know, and we hope you will join us to hear this beautiful music written by one of the greatest composers who ever lived.”

300 turn out for opening of Hellhole exhibit at CCAE