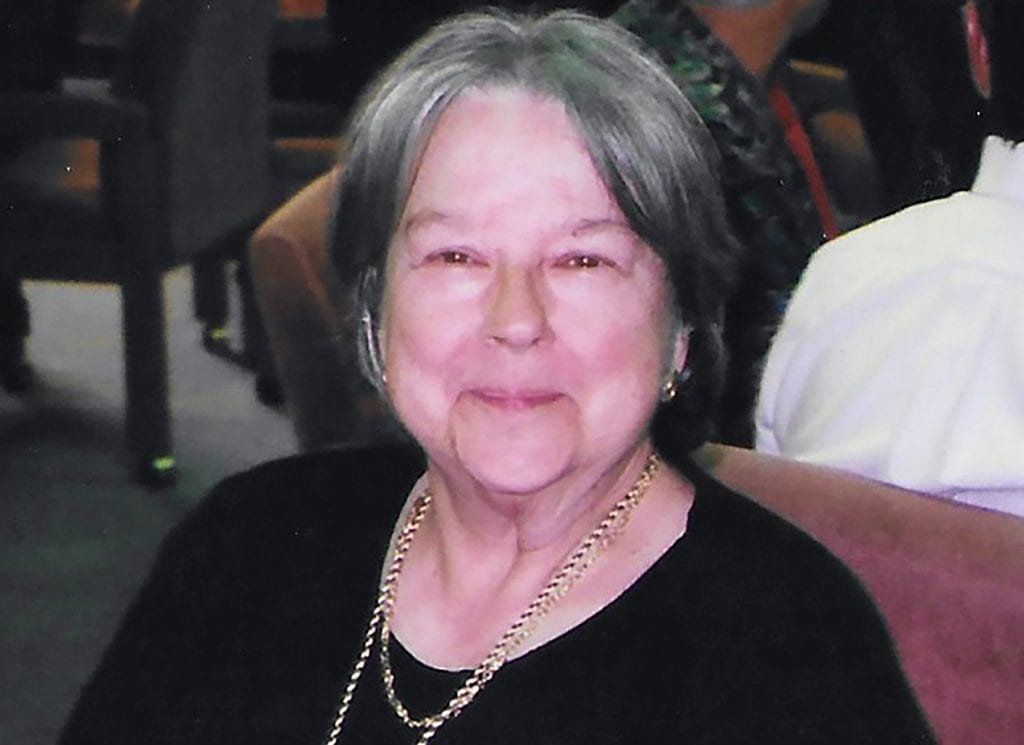 Catherine (Kitty) Ellen Moris, age 77, passed away at the Westmont Town Court in Escondido, on Tuesday, February 18, 2020, where she had been a resident since May, 2019.

Mrs. Moris was born on February 10, 1943 in Tarrytown, New York, the daughter of the late Curt & Elisabeth Klement Kruger. She grew up in Tarrytown  and graduated from Sleepy Hollow High School. She continued her education at New York University (NYU) where she graduated with a bachelor’s degree. She spoke four languages fluently: Spanish, French, German, and English. After a stint at the America Red Cross, she spent most of her career working as a supervisor for the Social Security Administration from which she ultimately retired.

On June 25, 1971 she married Harold Wilcox in Pauma Valley. Hal was a captain in the US Navy – so moves were frequent – but the couple enjoyed living in different locations across the country. Both Kitty and Hal enjoyed travel and did so extensively throughout the world. An avid collector wherever she traveled, her favorite location was Japan, evidenced by her extensive collection of Japanese collectibles. She also loved the San Diego area, and it was Escondido  where she and Hal decided to retire. Friends and family can attest to Kitty Wilcox’s love of cooking and entertaining, and she was well known for her elegant parties and dinners. To her family, Kitty was always the fun Aunt – the “Auntie Mame” of the family. Be it around friends or family, she was always the life of any party.

Mrs. Moris was predeceased by her two sisters and their husbands, Marion Kruger Heinbockel, and her husband, Chris Heinbockel, and Anneliese Kruger Frummet, and her husband, Franz Frummet. She is survived by her nieces and nephews, Wendy Frummet Brennan and Larry Brennan of Winchester; Jason Frummet and his husband, Pablo Garcia of Escondido; Susan Heinbockel Spofford and Paul Spofford of Albany, New York; Chris Heinbockel of Glen Rock, New Jersey and John Heinbockel and his wife, Leora, of Summerfield, North Carolina. She was predeceased by three additional nephews: Peter, Emerich, and Timothy Frummet. She is survived by eight great nieces and nephews; Brian Spofford, Laurie Spofford Pasqualino, Laura Heinbockel Schomaker, Jennifer Heinbockel, Ashley Heinbockel Linch, Thomas Heinbockel, Jessica Brennan Estes, and Elizabeth Brennan; and by her great-great niece, and three great-great nephews: Kaitlyn and Brandon Spofford, and Joshua and Marcus Pasqualino.

Kitty Moris lived life to its fullest and encouraged those around her to do the same. She was loved by all who knew her and will be greatly missed by her family and friends. Those wishing to honor her memory are encouraged to make a donation to the American Cancer Society.