Carols by Candlelight to return to the Center December 10 & 11 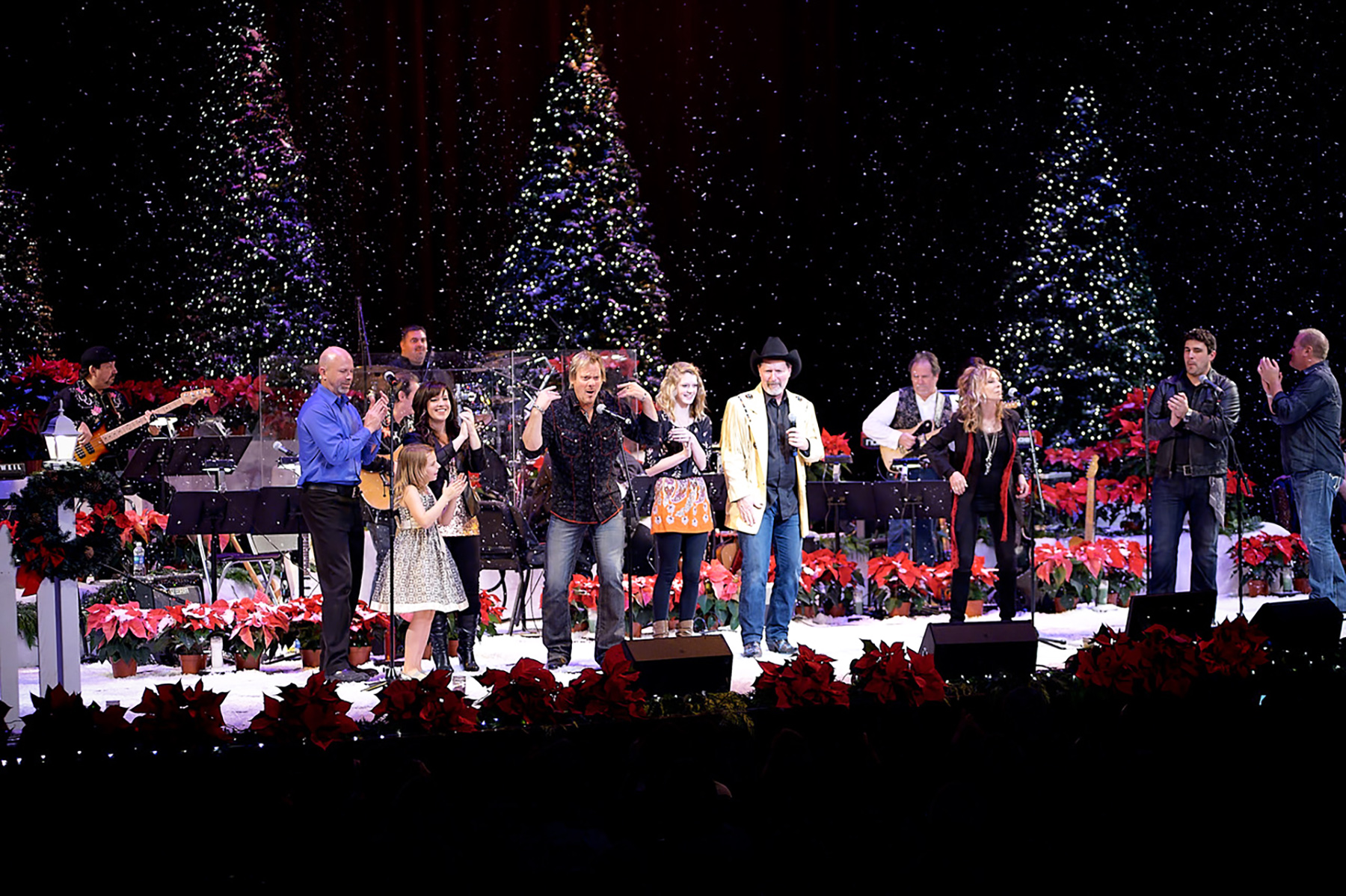 The finale at a recent Candles by Candlelight.

Steve Vaus, founder of Carols by Candlelight, declared this week, “Last year just didn’t feel like Christmas without it.” This year, fans of this deeply moving holiday fundraiser at the California Center for the Arts, Escondido, will be able to experience it again.

Carols by Candlelight has become a beloved North County tradition. “When people walk in the concert hall with hundreds of poinsettias, and snow falling, you can’t help but be swept up in the Christmas spirit,” Vaus told The Times-Advocate. This is the 32nd   year of the concert, with 25 of them having been at CCAE.

Some stars of the evening include headliner Mark Wills, a member of the Grand Old Opry, Academy of Country Music Award winner, who has had eight number one country records; Jamie O’Neal, another Academy of Country Music Awards winner, with many hit records and, says Vaus, “A Carols by Candlelight favorite.” Also returning will be Vaus’s daughter, Anna Vaus. “She’s all grown up and been featured at Nashville and toured with Willie Nelson. She’s coming up through the ranks and doing well,” he said.

The crux of this beloved event is that music stars sing their big hits and favorite Christmas carols—then afterwards, everyone goes out into the courtyard next to the concert hall without the fancy lights and hold candles and sing Silent Night together.

Vaus is now hosting those who first experienced the concert as a child returning as parents with their own kids.  “One couple started off as a mom and dad, who then brought their kids,” he said. “They are now buying about fifty tickets to come. It’s the heart and soul of their Christmas season.”

Vaus added, “Carols by Candlelight is a gift of Christmas music and a gift of hope to kids in tremendous need at Rady Children’s Hospital.” The hospital is the concert’s sole beneficiary, which the last time raised over $60,000. “That’s a big chunk of change,” said Vaus.

They also have a “spectacular” auction with exotic trips and various experiences. “We raffle off a couple of guitars by the artists performing,” said Vaus. “It’s all guaranteed to put you in the Christmas spirt and goodness knows we need that these days.”

They still need sponsors for this year’s event. “We’re still very much in the hunt for them,” said Vaus. “It’s been hard this year. Some of the older sponsors are no longer in business. So particularly any Escondido business that would like to be part of this, we would love to hear from them.” To sponsor the event, go to the website, where you can also buy tickets, which range from $18 to $94 depending on location in the concert hall.