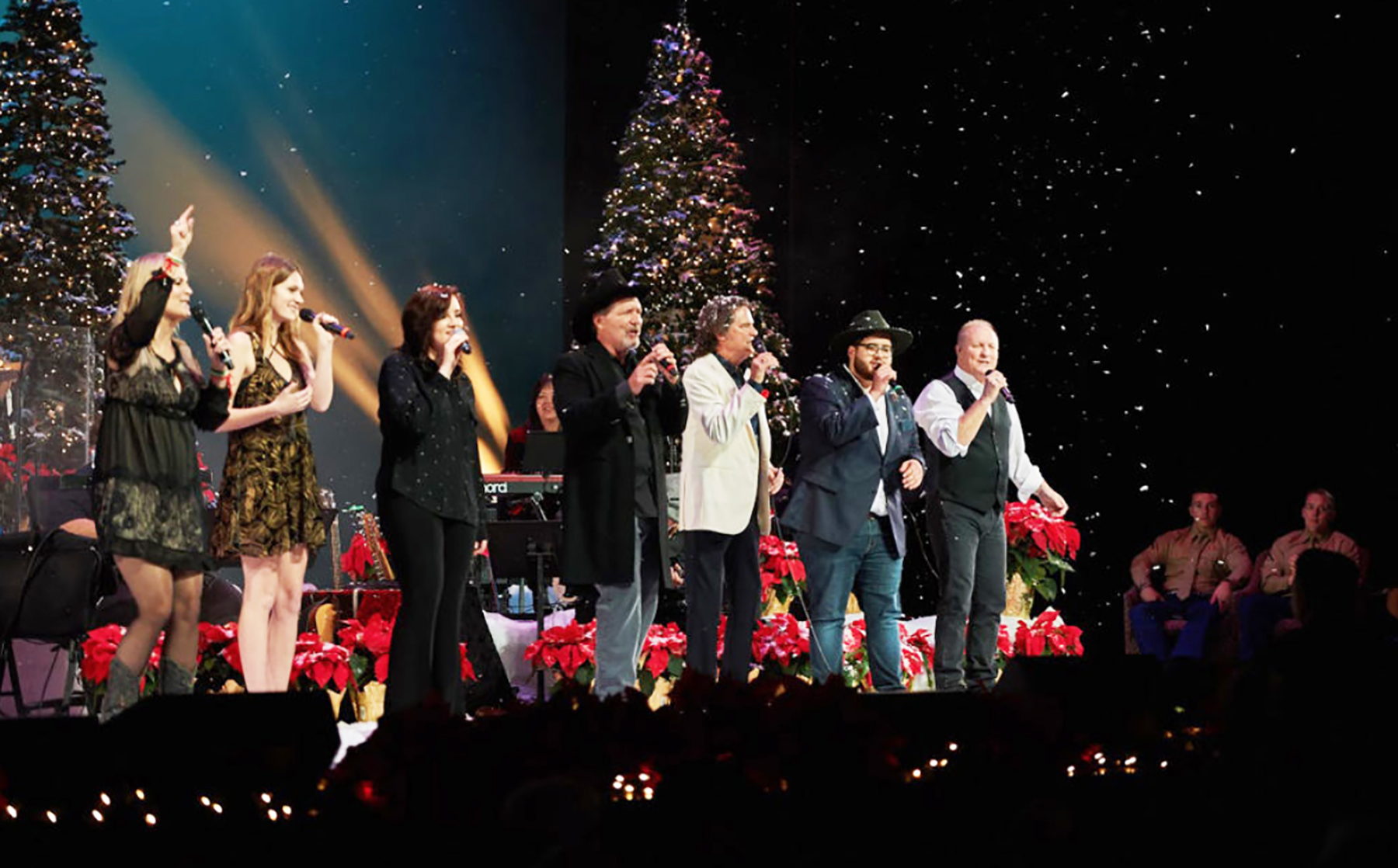 Last year all the stars of Carols by Candlelight gathered on stage for the finale.

The 2018 headliners for this weekend’s Carols by Candlelight  are Hunter Hayes, Jamie O’Neal, Anna Vaus and Steve Vaus. The annual fundraiser for Rady Children’s Hospital, will be Friday and Saturday, December 7 & 8, 8 p.m.

Carols by Candlelight, in San Diego, was created in 1990 by Steve Vaus and Wayne Nelson with the goal of making a life-changing difference in the lives of children. Originally a free concert at Horton Plaza, the event eventually outgrew that location, moving to the Poway Center for the Performing Arts and ultimately to its current home, the California Center for the Arts, Escondido.