Carols by Candlelight celebrates 30th year at the Center 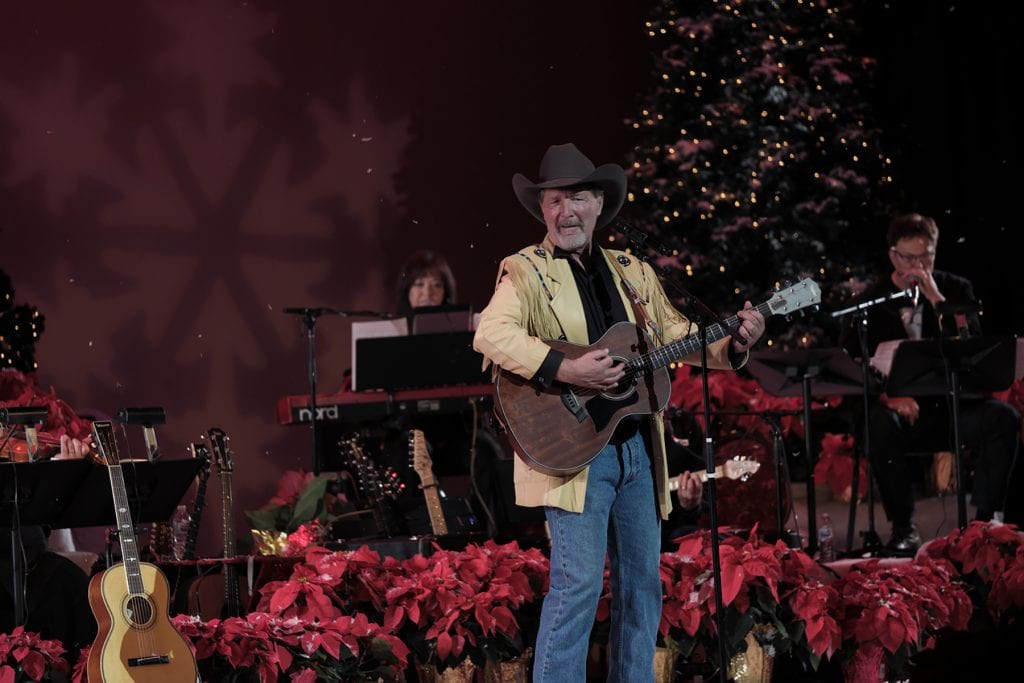 Steve Vaus, founder of Carols by Candlelight, which will play at the Center on December 13 and 14.

Steve Vaus has lots of stuff to keep him busy this time of year, like being the mayor of Poway and running for the County board of supervisors. But he’s not letting any of that get in the way of putting on something that has become an important family tradition for him, for residents of San Diego County, and especially for the kids getting treatment at Rady Children’s Hospital: Carols by Candlelight.

Carols by Candlelight will celebrate its 30th anniversary with two shows on Friday, December 13 and Saturday, December 14 at the California Center for the Arts, Escondido.

“If you’d told me when we first started it that I’d still be doing it thirty years later, I would have said you were crazy. But for now, it’s a gift of music to the community, a gift of hope to the children’s hospital and a special event for everyone. For the foreseeable future I’m going to try to continue it,” he told The Times-Advocate.

Vaus, who spent his whole professional life in the music business  (“I truly only stumbled into politics ten years ago,” he says), winning a Grammy in 2010 for the Best Spoken Word Album for Children, started Carols by Candlelight in partnership with Wayne Nelson of the Little River Band. They started it as a street concert in downtown San Diego outside of Horton Plaza to benefit Rady’s Children’s Hospital.

“For me a big part of the motivation: I had a little sister who spent her only Christmas on earth in a children’s hospital. That planted the seed for me to want to brighten the time for kids who can’t be home for Christmas,” he said.

“We were Downtown San Diego for four or five years and it got too big,” he said. “The San Diego PD said we can’t keep closing down the streets for this. So one year we moved to the Poway Center and then next year moved to California Center for the Arts, Escondido and have been there ever since.”

He calls the Center, “a fabulous venue. By the time we put towering Christmas trees on stage and snow is falling from the rafters, it’s a pretty iconic setting.” It’s always been in the Center’s big theater, and typically sells out both nights.

It costs at least $100,000 in rent, artists’ fees and technical costs to put on the annual event. “It’s an expensive undertaking,” said Vaus. “We raise money that covers that and helps benefit the children’s hospital through sponsors who love the event and a small auction.”

This year’s headliners will be Vaus himself, Collin Raye, Bryan White, Jamie O’Neal, Anna Vaus and more.  Craig Campbell will perform on Saturday December 14 ONLY.

Although the concert takes place in the Center’s big theater, a special moment always happens after the artists come downstage after two and a half hours of performing. They go to the courtyard, stand shoulder to shoulder, light candles and sing “Silent Night.” “That’s a goosebump moment,” said Vaus.

One of the most memorable incidents to happen during the 30 years of Carols by Candlelight came on the 25th anniversary concert when fire alarms went off  a third of the way through the show. “We evacuated for thirty minutes,” recalls Vaus. “We went into the courtyard and sang Christmas carols with the audience until we were able to get back inside.”

Artists love the show, he says. “We’ve had stars like LeAnn Rimes, Lone Star and Kenny Loggins, and almost without exception they say, ‘I want to come back.’ Collin Raye has always been an audience favorite and I thought it was appropriate for him to come back for the thirtieth anniversary,” he said.

The lower-priced tickets to the show are still quite reasonable. “We’ve always tried to keep it within the reach of any family, so tickets start at 19 bucks,” he said. “It’s a great event for the family. We have one family out of Lakeside that now buys forty or fifty tickets for their friends and neighbors. For many people, it’s the true start for their Christmas season.”

Tickets will start to get as scarce as hen’s teeth soon, so get yours early. Vaus is still looking for a few more sponsors to help raise even more money for the Children’s Hospital. As  he says, “If people would like to support a North County tradition, it would be welcome.”