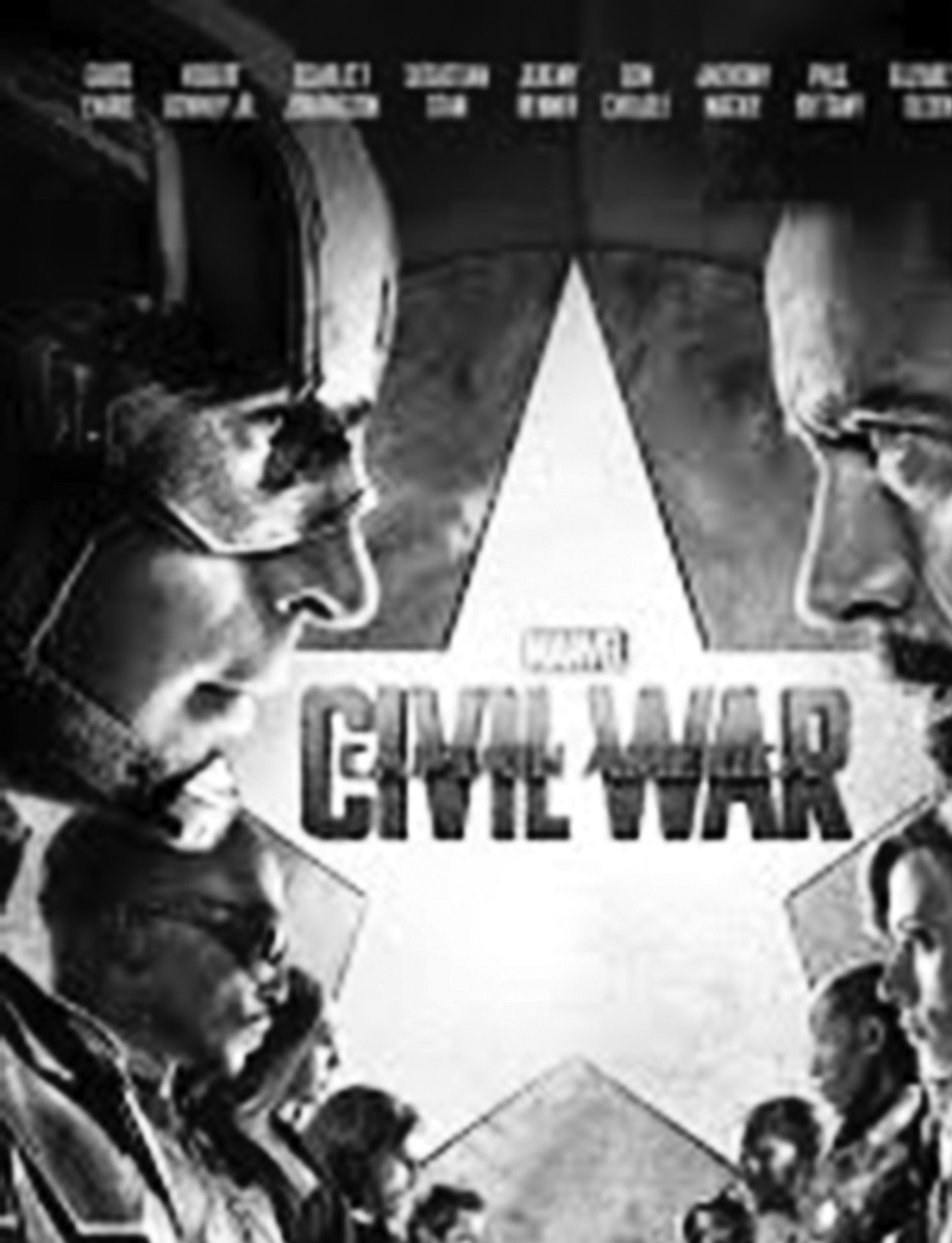 Why is everybody fighting one an­other? The seeds are planted when U.S. Secretary of State Thaddeus Ross (William Hurt, a carryover from the Incredible Hulk’s portion of the Marvel Universe) suggests that The Avengers operate under the supervi­sion of the United Nations. Iron Man believes in changing the team’s image from that of unsupervised vigilantes, but Captain America is jaded by the corruption of S.H.I.E.L.D. and not ready to answer to another organiza­tion. Another factor is The Winter Sol­dier. Captain America’s compromised best friend is apparently responsible for an attack on the United Nations that kills Black Panther’s father (the man is the least-harmed explosion victim I’ve ever seen) and is definitely responsible for an attack on the family of a member of Team Iron Man. But the biggest reason is that it’s simply time to break up The Avengers.

There are twelve superheroes in this movie. There were ten at the end of the last “Avengers” movie and this isn’t even an “Avengers” movie be­cause Thor and Hulk are sitting this one out. The team is getting too big. It needs to remain at a manageable num­ber as its ranks grow. Halving them here is a good way to do it, except that having both halves in the same movie somewhat defeats the purpose. It’s no doubt exhausting to have to come up with something for every one of them to do. And unfortunately it’s just as exhausting trying to keep up with all of them.

Not that the new characters are in­troduced inefficiently. We get Black Panther’s origin here, and it’s typi­cal, but quick. We’re spared another retelling of Spider-Man’s origin, the film correctly assumes that we already know it. Ant-Man shows up with no more explanation than “Look who I brought along.” With too many char­acters bouncing around, the brevity is appreciated.

The villain in this film is Zemo (Daniel Bruhl). Who is Zemo? He’s nobody. Normally when I describe a villain that way, it’s because he’s a stealthy, secretive type who doesn’t leave clues about his identity. But in this case, I say it because he’s been treated like he doesn’t matter. He’s taking on cinema’s greatest team of superheroes, but he’ll be the first to tell you he’s no supervillain. And yet his identity as a rando works very much to his advantage. This kind of role is Bruhl’s specialty; initially dull, yet he gradually wins you over.

Thematically, “Captain America: Civil War” has a lot in common with “Batman v. Superman: Dawn of Jus­tice.” Both films see their heroes struggle with tough decisions about how much power they should be al­lowed to have. Both film see their heroes have to answer for collateral damage from their previous films. And of course both films see their heroes fighting one another. This one will rightfully go down as the supe­rior film, but the other was so miser­able that this one is superior just by being average. The action is decent but typical, even from a superhero vs. superhero standpoint (it’s not like we haven’t seen some of these guys fight each other before). The storylines with Captain America, Winter Soldier, Iron Man, and Zemo toward the end are compelling, but many of the sup­porting characters seem forced into the movie just so the advertising can push the “all-star cast” aspect. This movie does superhero fallout better than “Batman v. Superman,” but that doesn’t mean that it gets it quite right.