Candidates love library, Safari Heights not so much 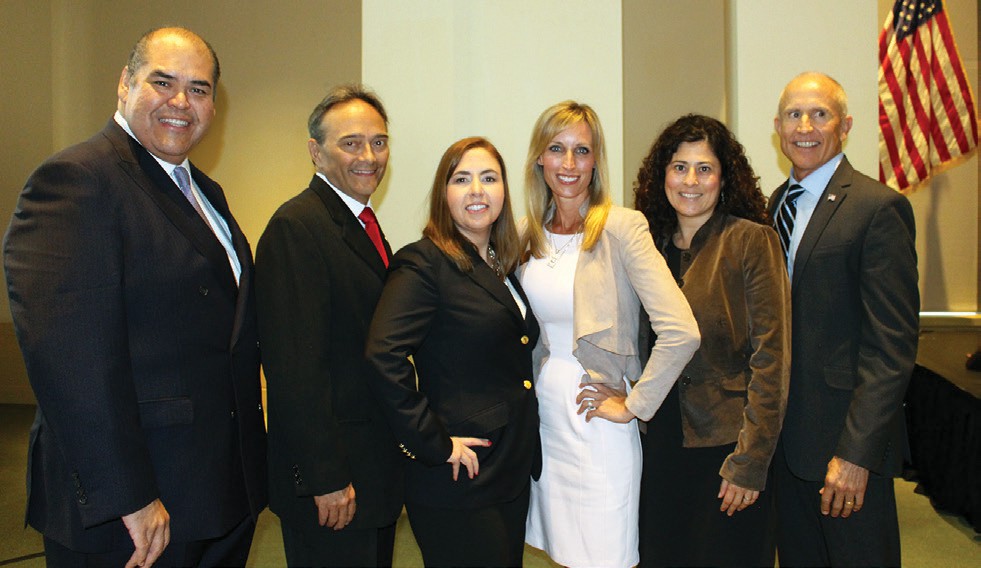 Editor’s note. This article presents just a fraction of the conversation that took place Thursday. If you’d like to see the entire discussion, view our video at www.times-advocate.com/

If there are three undeniable takeaways from the Escondido Chamber of Commerce forum on Thursday morning, it is that all of the candidates LOVE the idea of a big, new Escondido library, they all adore business — and the Safari Heights development has a lot of groundwork ahead to build up any support among local officials or people who aspire to be officials.

The candidates all indicated that they are looking at the old Palomar Hospital property, currently owned by Palomar Health, as a possible location for redevelopment of the downtown area.

The Chamber of Commerce’s candidate forum was held Thursday morning in the California Center for the Arts, Escondido, conference room, and was attended by about 120 of the city’s best and brightest, plus candidates.

The candidates included Ingrid Rainey and Mike Morasco, who are both running for city council in District 4 — Morasco is the incumbent; Joe Garcia and incumbent Olga Diaz for the District 3 council seat — and finally Kristin Gaspar, mayor of Encinitas and candidate for the Third District Supervisor’s race. Incumbent Dave Roberts wasn’t able to make it.

Candidates schmoozed with the audience members, who enjoyed a light continental breakfast catered by the Center.

Each candidate was given three minutes for initial statements and then given time to answer a series of questions provided by the Chamber and given by the moderator for the morning, Kevin S. Svetich, chairman of the Chamber’s governmental affairs committee.

Morasco started off the morning, noting that he was appointed first to the council seat and then ran for a full term in 2014. He has lived in the city since 1967. He praised the current city council majority: “We know a lot 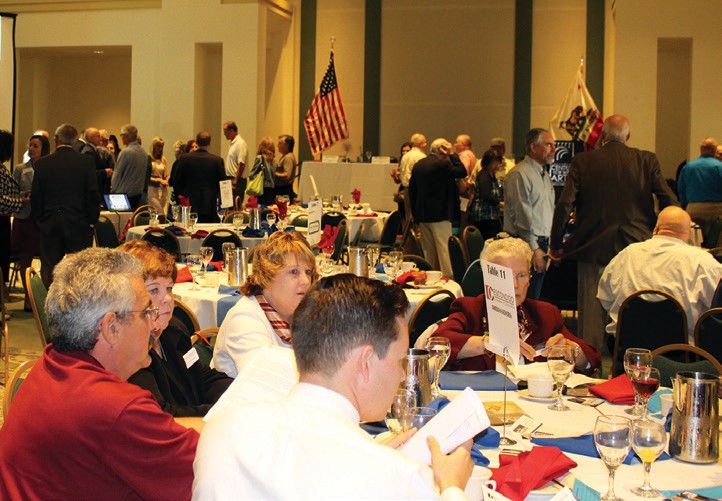 Many of Escondido’s best and brightest attended the early morning breakfast meeting at the center.

about Escondido and we believe in Escondido.” He promised to run a clean campaign “including no attorney jokes.” He noted that he has garnered many endorsements, that he is a member of the Rotary Club, is involved in his church and is a former scout master.

Ingrid Rainey told the audience that she, “wants to serve as your voice.” An attorney (see a full profile about her in this paper) she is vice president of the board of the FBI San Diego Citizens Academy Alumni Association, volunteers with legal aid, Special Olympics and at a children’s hospital in Sudan. Her goal, she said, “is to grow business and keep our children safe. I believe Escondido is a hidden gem. I want to fight crime and improve neighborhoods.” Libraries and parks are part of that formula, she said.

Kristin Gaspar said she grew up in this county and was raised in Encinitas. She runs a medical business that has 140 employees and has three children.

Her basic philosophy of government, she said, is, “When you are hip dip in alligators, it’s hard to remember that your job is to drain the swamp. Our officials are often so busy whacking the alligators that they forget that.”

Olga Diaz was born and raised in Salinas and moved to Escondido about a dozen years ago. “When I first visited here, I knew I was home!” She unsuccessfully ran for council one time before succeeding to the job in 2008. She has served two terms. “What I’ve decided about serving is that it is a passion of mine.” She added, “I like reading reports and because I have a bleeding heart I worked at a social services agency, Interfaith.

She is also a business person, she said, and added, “I take an analytical approach to decision-making.”

Joe Garcia said he is a newcomer to politics, “but not a newcomer to community service.” He has been a church pastor for 28 years and is has also served as police chaplain for many years. “We need to bring our city together and take it to the next level.”

During the rest of the forum, Svetich asked a series of business-oriented questions.

Asked whether the city should 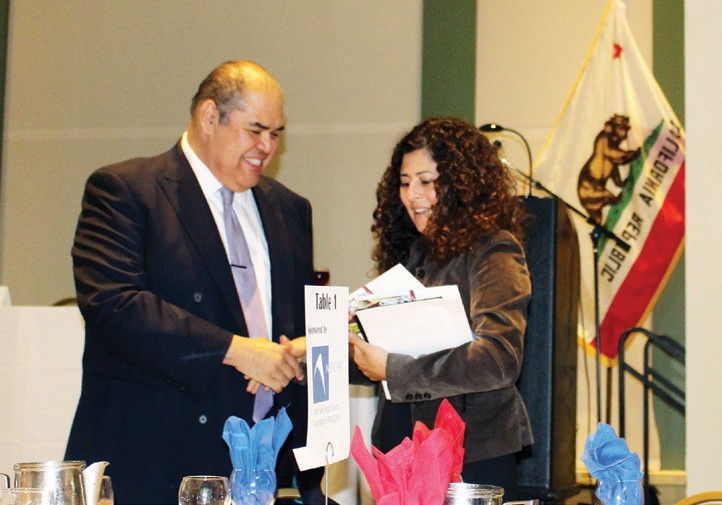 seek to annex the land proposed for the Safari Heights project, candidates were wary.

Gaspar, noting that the county has a shortage of housing, said it is important that each proposed project being vetted extensively. “We need to immerse ourselves in each project.” She later added, “We have an affordability crisis. We can’t welcome our young people back when they want to move back here.”

Diaz she was worried about Safari Highlands because it would be located in the relatively rural San Pasqual valley, “where no infrastructure exists,” and added that it would contribute to “urban sprawl.” She later added that she felt it was important to incentivize developers to build more affordable housing.

Garcia said, “I’m not opposed to development. We have a problem with housing. But I have questions about Safari Highlands and its impacts on traffic, schools and police.” He noted that affordable housing is needed, and pointed out that he and his family live in a mobile home park. “It’s all we could afford, so I agree that we have an affordability crisis.”

Morasco said he was not opposed to annexing more territory, because “Escondido needs to fill out our borders.” He added that he is pro-development, but that doesn’t mean that he thinks that this developer has a “right” to develop at the densities he has proposed. He said that development needs to be a “dynamic process.” “We need to have steady renewal. We need new homes of all types.”

Noting that the city had gone from a multi-million dollar deficit to a healthy reserve in the last few years, Svetich asked candidate to comment on budget priorities.

Rainey said she was “very fiscally conservative. If we don’t have the money, don’t spend it. We have to be smart how we invest our dollars and how we spend it.”

Gaspar, referring to the county budget she’d like to help control, said, “A balanced budget can be deceptive. It’s all about how you prioritize your budget. Are the right things prioritized?”

Diaz noted that all cities and counties are required by state law to spend no more than they take in. Looking back several years, “We saw significant reductions in city spending. It was a steep 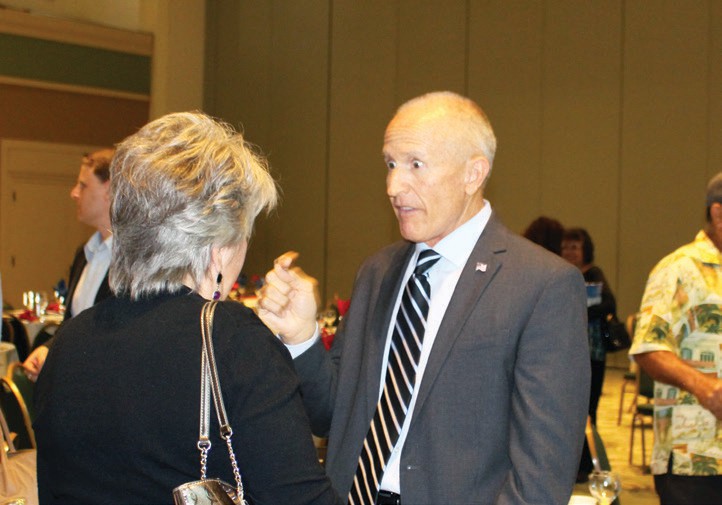 Council incumbent Mike Morasco appears to be astounded at what one of his constituents is telling him at Thursday’s forum.

decline. You have your reserves to use on a rainy day. I’m by nature stingy but there are things that you sometimes need to dip into.”

Garcia praised the council majority for how it has brought the budget into a surplus. “Under the leadership of the mayor and council we have seen a great deal of progress. We don’t spend more than we have to spend.”

Morasco recalled that when he came onto the council that reserves were “next to nothing” and added, “We had to get down to brass tacks.” Later, when asked about the city’s attitude towards business, Morasco said, “We need to get out of the way of business.”

Diaz pointed out that Escondido “has a higher proportion of small businesses than any city in this county, as opposed to corporations.” “We do have the auto park and the mall, but we need to diversify. We need to make it easier to get a business license. Business people have better things to do than to stand in line to get a license.”

All of the candidates were very enthusiastic when asked about a big library being in the future for Grape Day Park.

Diaz said she has harbored this dream for many years. “My answer is yes, yes, yes! Absolutely! The first place I went to in Escondido was the library. I’ve had a plan for the library sitting on my wall for years.”

Garcia said, “We owe our children a wonderful library. Libraries have a major impact on our children.”

Asked about water conservation, and special water prices for ag use, Morasco called the current drought, “A manmade disaster. Our water supply has been killed by state officials that put the onus on farmers.” He supports recycled water that can be sold cheaply to farmers.

The other candidates seemed to agree with this idea.

Candidates speculated about what the future of the old hospital might be.

Rainey said, “What can it be? Ultimately it’s owned by the hospital district but it would be fun to see what the city thinks about the land. I think it’s an exciting time to be living in Escondido.”

For more on the forum, visit www.times-advocate.com/