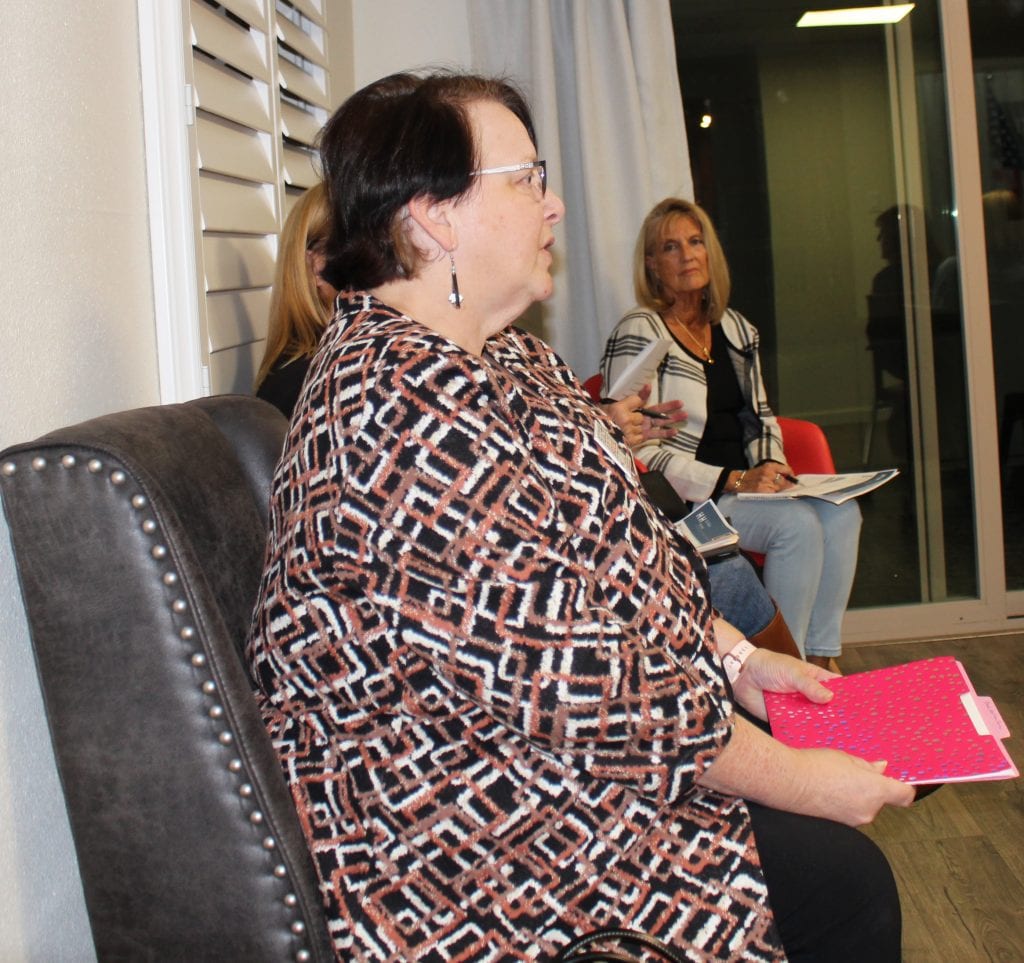 Horvath is visiting any group that will have her, and with her team of ten volunteers, knocking on doors all over her district.

Recently she visited an area business group, the Valley Center Business Association, and talked about her campaign to succeed Hunter, who is resigning later this month after pleading guilty to federal counts of misusing campaign funds.

Dr. Horvath  stresses her qualifications for the job, including a Doctor of Psychology organization development degree and a Master of Arts/counseling psychology. She noted she has been invited to the Union-Tribune forum February 14.

She said she is working extensively on women’s rights issues, which, she says have not advanced since the 19th Amendment was ratified, giving women the vote. She said the Equal Rights Amendment should be ratified since all of the United States’ founding documents refer to men having rights. The term “All men are created equal,” in the U.S. Declaration of Independence is one example, she said.

“I’m here to represent women and men but I have championed equal rights issues,” she said. “I think it’s important that women be included in the debate.” She is also pressing for the military to adopt more effective policies against sexual assault. She has a plan she would like to see adopted. “I’m a sexual assault survivor of the military and we need to stop these kinds of behaviors,” she said.

Dr. Horvath, an Alpine resident, is one of a group of candidates that includes Senator Brian Jones, Carl DeMaio and Ammar Campa-Najjar. Horvath is an independent, Jones and DeMaio are Republicans and Campa-Najjar a Democrat.

An army veteran, Dr. Horvath said, “There are so many things happening, including water issues, Native American issues and health care.” She is running a different kind of candidacy, one where she doesn’t rely on contributions, but on a staff of ten volunteers. “I’m out there. I’ve been knocking on doors. I broke my nose doing it!” she quipped. She fell several weeks ago while visiting homes in the district.

“Who has come to see you? Who has asked what your issues are? I’m here for you,” she said. “I don’t care what party you are in. I’m not into being in a party. I’m into doing what’s best for the community.”

Noting that 51% of the county’s voters are women, she said, “Women can make a difference.” She advised voters to check the backgrounds of candidates.