Candidate answers critics who accuse him of exaggerating his experience 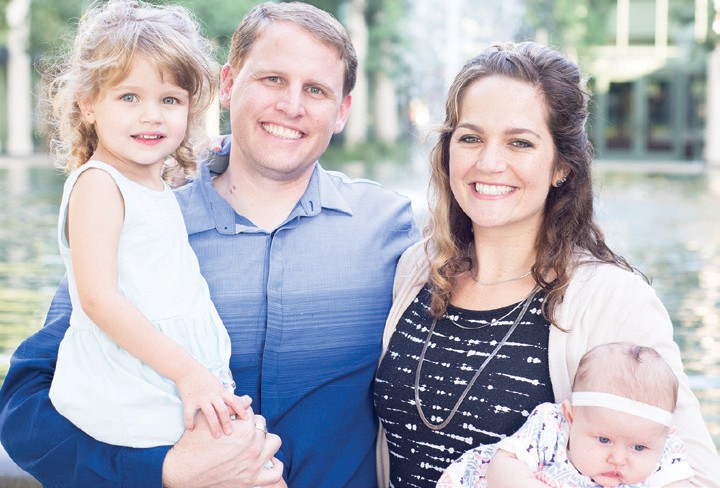 Doug Shultz and his family.

City treasurer candidate Doug Shultz is fending off a series of attacks from a rival in the race to replace longtime incumbent Ken Hugins. Ryan Clark is accusing Shultz of inflating his resume by claiming he was “assistant city treasurer,” when no such city position exists. Clark also filed a complaint with the state Fair Political Practices Com mission (FPPC) alleging that Shultz failed to disclose all of his economic interests — as required by state law.

Accused of exaggerating his role as a volunteer at the City Treasurer’s office, Doug Shultz, who is running to replace longtime incumbent Ken Hugins, has put out two statements clarifying what his job as a volunteer was for the city treasurer.

“When Doug Shultz started volunteering in the Escondido Treasury Department, Escondido City Treasurer Ken Hugins gave him the title “Assistant City Treasurer,” a voluntary role, as distinguished from an official or paid role. Mr. Shultz’s role in the Treasurer’s office was approved by the City Manager, City Attorney and the Human Resources Department. The title “Assistant Treasurer” was chosen specifically because it was not confused with any title described in the municipal code or policy.

“Doug Shultz volunteered his time to serve his city, and in lending his expertise, not only created real value for taxpayers, but he also gained valuable experience and awareness of the city’s finances that make him exceptionally well qualified to serve in the role of City Treasurer. It’s discouraging that another candidate would try to diminish Mr. Shultz for his public service volunteerism.”

Schultz sent out this clarification to the media:

“Escondido City Treasurer Ken Hugins appointed Doug Shultz to the title “Assistant City Treasurer,” a voluntary role, as distinguished from an official or paid role. Mr. Shultz’s role in the Treasurer’s office was approved by the City Manager, City Attorney and the Human Resources Department. The title “Assistant Treasurer” was chosen specifically because it was not confused with any title described in the municipal code or policy.

The second paragraph was identical to the one on his website.

A few days later the Times-Advocate received this email from Ken Hugins in reply to an email we sent, which said:

[The TA wrote:] “Ken, I’m sure you are aware of the controversy over Doug Shultz and his status when he was volunteering with your office.

I was sent the statement below by the Shultz campaign and wondered if you could confirm the factualness of it. Particularly this sentence: “Escondido City Treasurer Ken Hugins appointed Doug Shultz to the title ‘Assistant City Treasurer,’ a voluntary role, as distinguished from an official or paid role.”

Hugins replied to the TA email:

Yes I can firm (SIC) the statement.

Informed that the city treasurer confirmed Shultz’s statement issued this week, Ryan Clark commented to the TA that he had sent PRA (Public Records Act) requests to the city asking for communications about Shultz’s volunteer role.

Clark said, “We have some information from a FOIA request. It states that Doug became a volunteer in March, within the Finance Dept. Perhaps the Finance Dept and Treasurer’s Dept are linked within the city software. It was really odd that our FOIA request didn’t provide something like a formal letter or an e-mail that let the office staff know who Doug was and his role.”

Editor’s note, Clark is actually referring to a California Public Records Act (PRA) request rather than a Freedom of Information Act request, which is a request of a federal agency.

Clark further stated: “It just seems to me that somewhere, someone ought to have a single piece of paper on City of Escondido letterhead that has Doug’s name and some title tied to the Treasurer’s office with it. If that didn’t happen, then an e-mail notice from someone welcoming Doug to the team. Something.”

Blaise Jackson, also running for the office, quipped: “Does this mean that if I fill a few potholes on Washington Avenue, and ask really nicely, I can be named ‘Assistant Deputy Public Works Director?’ ”

The latest salvo occurred on Tuesday of this week when Clark released an update on his earlier complaint with the FPPC:

“Yesterday,” wrote Clark, “I received an update from the FPPC that they reviewed my sworn complaint against Mr. Shultz regarding his failure to properly disclose economic interests in accordance with the law. This update is an important first step towards resolution, and means that they believe the complaint has merit to warrant a full investigation. It is disappointing that with all the endorsements received, it appears that none provided even a cursory review of the disclosures. This unfortunate situation didn’t have to happen–there were multiple points where corrections should have been made.

“I am committed to providing ethical oversight on behalf of taxpayers. Someone must remain at arm’s length from politicians, and be the independent professional who will limit our city’s exposure to future legal liabilities. Our taxpayers deserve a Treasurer who complies with the law. Innocent mistakes may happen from time to time, but they must be corrected immediately. Why did our city’s political leadership fail to identify and correct this issue in August?” concluded Clark.

The reply that the FPPC sent to Clark read, as follows:

“A sworn complaint found to have merit will be assigned to staff in the Enforcement Division for a full investigation. The division may obtain additional documents, issue subpoenas, and interview witnesses, including the person alleged to have violated the Act.”

In response to a request from the Times-Advocate for a statement, John Franklin, spokesman for Shultz issued this statement: “As stated clearly in their letter, the FPPC has, ‘Not made any determination about the validity of the allegation(s) [Mr. Clark has] made.’

“Mr. Shultz is hiding nothing with regard to his ownership of Yorkshire Wealth Management, a fact that he proudly advertises on the internet. We remain convinced that Mr. Shultz acted in accordance both with the requirements of the law and the guidance he received from the City Clerk, and is not required to list his business on his form 700,” wrote Franklin.

“Though he is not required to disclose his interest in his business, Mr. Shultz has decided to simply put the matter to rest by disclosing his ownership by amending his form 700.

“Mr. Clark has wasted everyone’s time by inventing a litany of false charges to distract from Mr. Shultz’s positive campaign. We suggest his time would be better spent by communicating his qualifications and priorities to voters.”

Check the Times-Advocate website: www.escondidotimesadvocate.com for updates as we approach the election.