Calvin’s Salzman is the merchant of fast 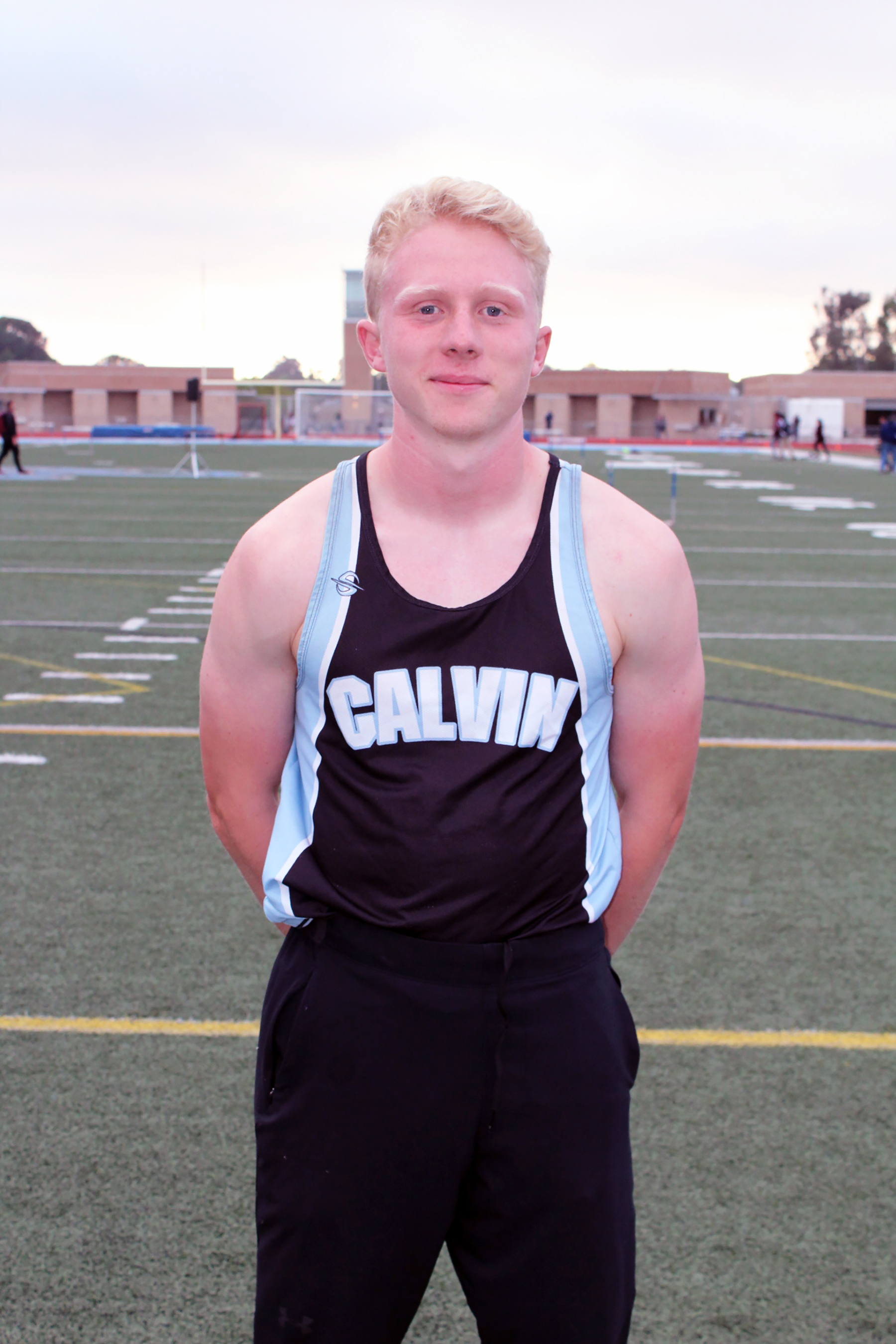 For just about as long as he can remember, speed has been a constant companion and ally of Calvin Christian’s gifted runner Wesley Salzman.

At first he put it to good use as a youngster while cleaning up at playground races. And in the intervening years since then, speed has taken on an even more pronounced role in his athletic pursuits.

Yes, at 6-foot and 175 pounds Salzman has a well-defined build that certainly factors into his considerable physical aptitude. But it is how quickly he can kick-start his body and get it to move that distinguishes him from the crowd. In Salzman’s case speed may not kill but it’s helped to put countless competitors in his rearview mirror and had them inhaling plenty of his dust.

Moreover, Salzman’s speed is hardly limited in scope. It can manifest itself in a number of events that range from 100 to 400 meters. In any race that would be considered to be a dash of some type, the blond-haired-Salzman can streak with the best of them. In other words, the dude can flat out motor.

As it relates to the current track and field season, the results that Salzman has amassed are truly impressive. For instance, in the 100 meters he has won three out of four times while establishing a season best time of 11.42a. Bump it up a notch to the 200 and in eight attempts, Calvin’s flash has topped the field on four occasions, highlighted by a 22.10a effort that was a personal best. And in the 400 which by any measure must be considered his strongest event, Salzman has captured five of ten races.

Moreover, as an indispensible part of CC’s 4×400 relay team, Wesley helped the Crusaders’ quartet come out on top five times in seven tries.

But of all his rather notable results, perhaps the most remarkable occurred in a pair of Pacific League Cluster Meets when he participated in four events and won them all. Salzman remembers in particular the challenge of having only minutes to recoup between finishing the 400 before having to jump right into blocks for the 100. “Competing in all those events was tough,” Salzman admits. “By the end of those days, it was all guts because my legs were kind of shot.” And no wonder after putting your body through that kind of endurance test.

When asked about his enviable success at various distances, Salzman is quick to break things down. As it relates to the 100 and 200 meters, the thoughtful 18-year-old explains how he really concentrates on his technique and tries to make sure that his arms and legs are pumping correctly. In the 400, Salzman’s principle aim is to stay composed and relaxed at top speed while saving enough for a late sprint at the end. Interestingly, he considers the 200 to be his favorite race but the 400 to be the most satisfying given its taxing physical demands.

Despite all that he’s accomplished on the track, Salzman acknowledges that he’s not above feeling a sense of apprehension and tension whenever he toes the line. “I still do get nervous,” says Wesley, “but I use that nervous energy to help me feel ready to go out and show what I can do.”

For those unfamiliar with Salzman’s history, there was another area where he was able to put his quicks to maximum use – that being on the football field. During his sophomore and junior years, Salzman was arguably the fastest man on the field while serving as a running back, slot receiver and outside linebacker.

On sweeps he was scary with his ability to instantaneously get to the outside. If he found just a sliver of space either as a ball carrier, pass catcher or return man, he could be gone in the blink of an eye. And on defense, his speed allowed him to track down opponents with deadly efficiency.

How good of a gridder was Salzman? Parlaying his fleet-footed ways into a huge asset, Salzman racked up 2,094 yards in all-purpose yardage, tallied 27 touchdowns and got in on 95 tackles over a two-year period. Who knows what kind of additional numbers he would have accumulated had a torn labrum and subsequent surgery not rendered him unavailable for what would what have been his senior season? But perhaps having his splendid prep football career truncated might have made him all the more motivated to shine even brighter in track.

And that he has clearly done. Last Saturday brought a crowning achievement for Salzman as he delivered a personal record of 48.25a in the 400 that placed him second in the CIF Finals and earned him a coveted spot in this weekend’s upcoming State Track and Field Championships to be held in Clovis, California.

Among the more important byproducts of Salzman’s notable track achievements has been the notice that he’s generated for the sports program at Calvin Christian. It’s always a story that resonates with the public whenever an athlete from a smaller school proves that he can compete with the big boys from heavyweight institutions. Salzman has clearly demonstrated that he doesn’t need to take a back seat to anyone. “It’s kind of neat getting recognition for our school,” he says.

He also is mindful that being such a high-profile athlete/standout at CC makes him, willingly or not, a role model to many of his fellow students. “I want to be an inspiration to the kids that are coming in,” Salzman explains. “I want to show them that if they are really committed and willing to put the work in, they can do it just like me.”

Being a velocity merchant like Salzman wouldn’t hurt either. After all, it’s a huge advantage when you’re so swift that hardly anyone else can keep up.