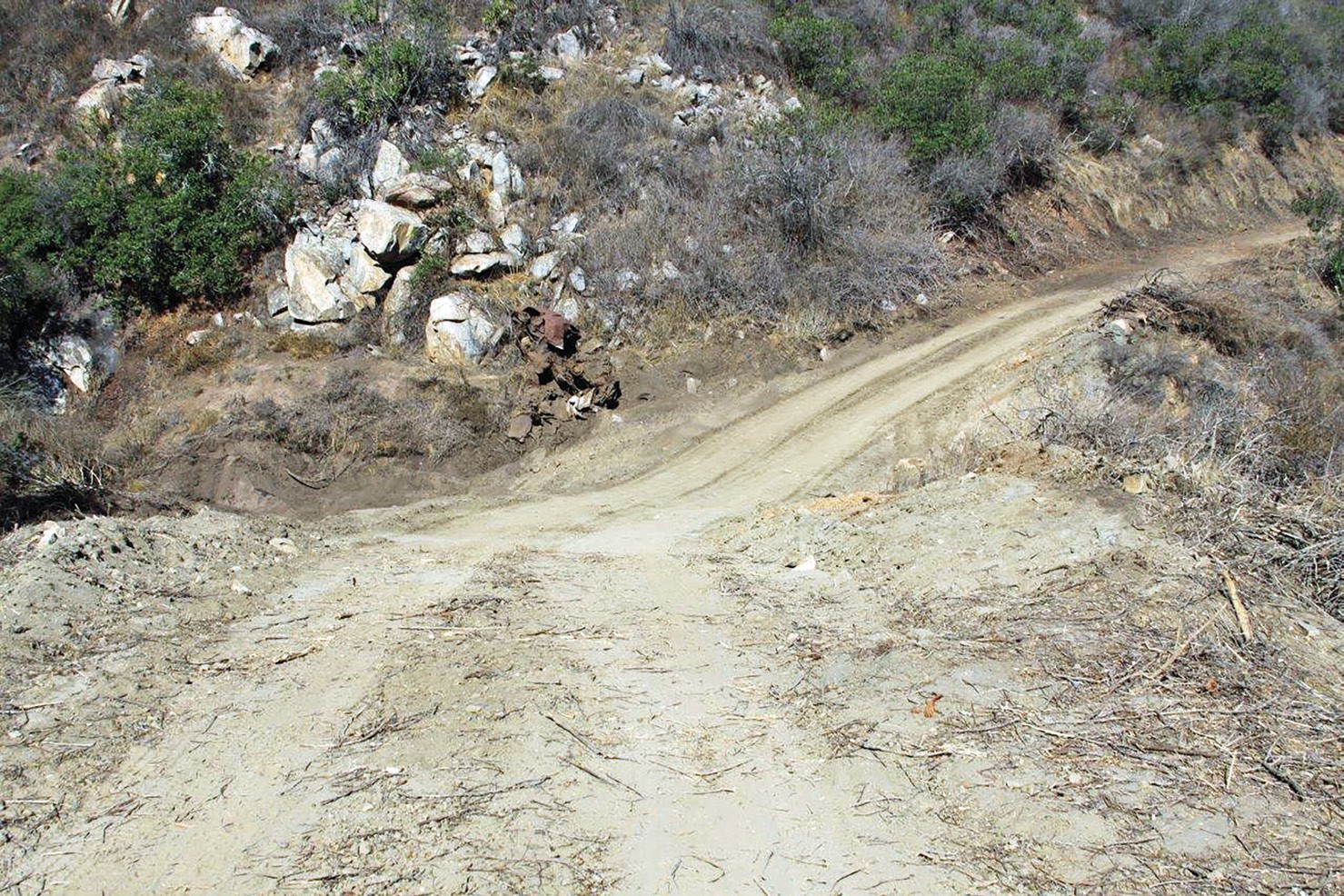 This ravine on Merriam Mountains is passable after CAL FIRE crews installed a culvert to bridge an impassable gap that forced emergency vehicles to take a detour during fires and emergency calls.

CAL FIRE crews have added an extra layer of protection by slashing through brush to improve five miles of truck trails and reduce the fire hazard on Merriam Mountains.

The mountains are overgrown with thick stands of old-growth chaparral that have not burned in decades.

Recent fires that sparked along the Interstate 15 at the base of the mountains spread quickly through the brush, climbing the slope and threatening homes. Quick action by CAL FIRE air and ground crews halted the fires advance.

Part of the project entailed bridging a deep ravine that emergency vehicles could not cross, which forced firefighters to go a mile or so out of their way to reach the other side. Crews laid a new culvert in the gully to bridge the gap.

The work on Merriam Mountains is one of several fire prevention initiatives that CAL FIRE has undertaken in the Deer Springs Fire Protection District over the past weeks. Hand crews from the 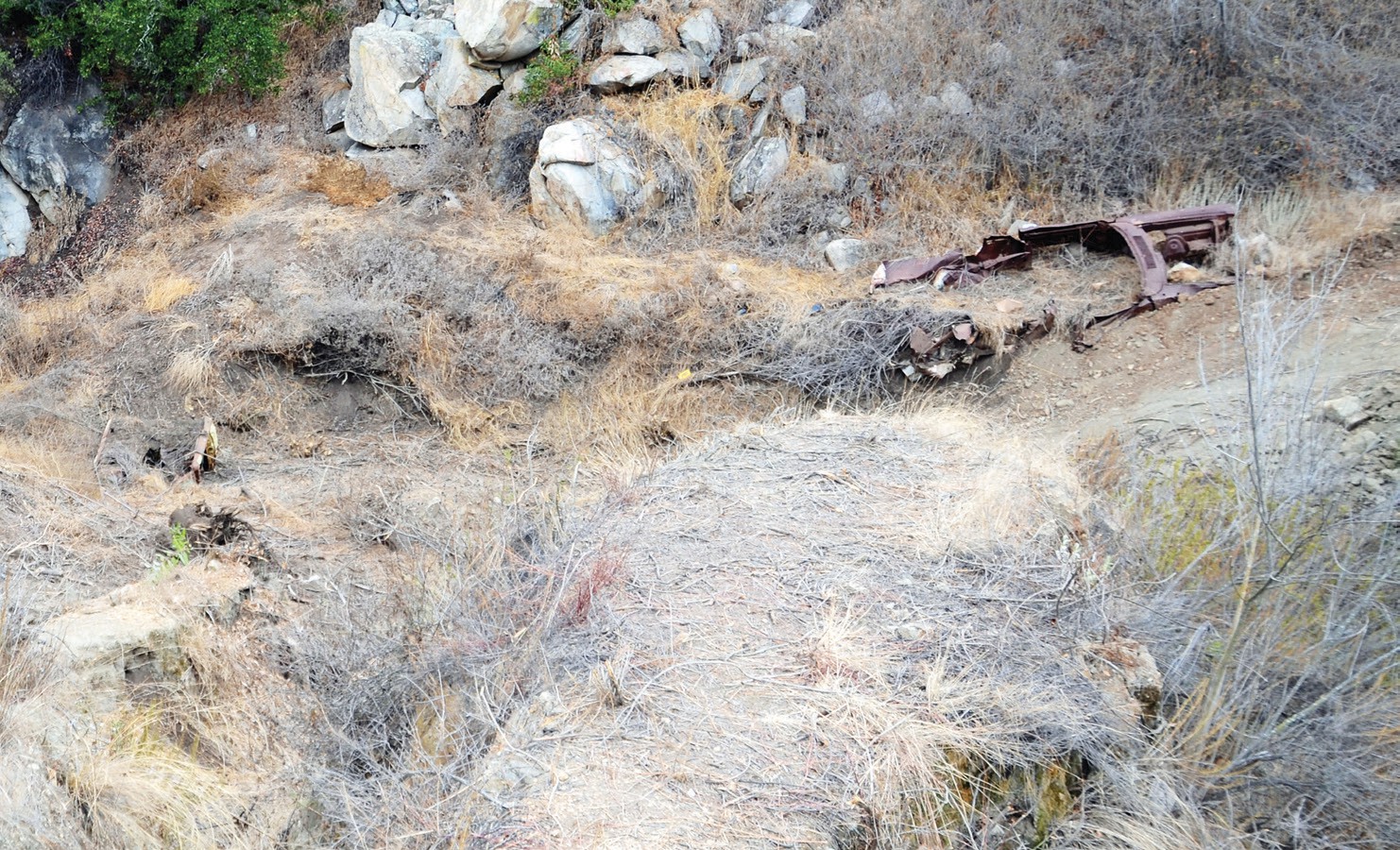 This is the same ravine pictured above, showing that emergency vehicles could not cross it, forcing them to take a detour. Improvements to the truck trail will make it easier to access emergencies.

Most of the work on Merriam Mountains was performed by Rainbow Conservation Camps women inmates, who spent about 60 days hacking and removing brush. Bulldozer crews also spent about 100 hours smoothing and improving the trails.

Schuler said that the project is being paid for by funds from State Responsibility Area fees and went through the necessary environmental review. He said that CAL FIRE appreciated the cooperation of Merriam Mountainss 20 or so landowners, the largest of which is Newland Sierra, who allowed access to their property to make the project possible.

A version of this article appears in Fire Safety News, a monthly e-newsletter published by the Deer Springs Fire Safe Council. To subscribe go to www.DeerSpringsFireSafeCouncil.com and click on the SUBSCRIBE link.