Brian Jones touts advantages: he lives in the 50th District and is an elected official 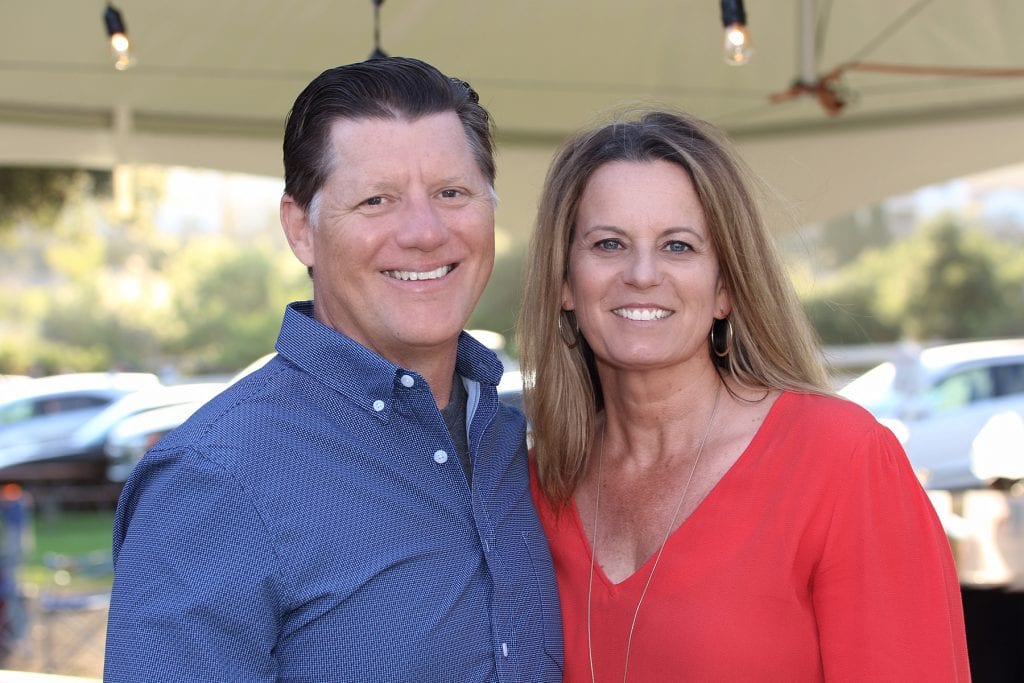 Senator Brian Jones and his wife, Heather, dropped by the Times-Advocate office on Monday.

State Senator Brian Jones and his wife Heather and their son-in-law Justin dropped by the newspaper office on Monday to talk about his campaign and to tout some of the advantages he has over his rivals for the GOP nomination: “First as foremost, as the only elected official who actually lives in the district, I felt my connection was best suited to represent the 50th Congressional District,” he said.

Jones has been state senator representing the 38th District for 13 months now. Prior to serving in the Senate, Jones was a Santee City Council Member for eight years from 2001 to 2010 then again from 2017 to 2018. He was the representative for the 71st Assembly District from 2010 to 2016. “As we were evaluating the others who were running, we felt my credentials, community service and values of family, faith and freedom were most closely matched to the constituents of the district,” he said.

One of the “brands” that some people associate with Jones is, “I’m conservative but I’m not mad about it,” he says. “As a minority party member, I fight to protect our principles and at the same time legislate and get things done.” During his seven years in the legislature, Jones has authored 26 bills signed by the governor, including seven signed by the current governor, Gavin Newsom.

One of those bills he is proudest of is SB 578, which gave Welk Resort, and timeshares like it, greater flexibility in putting up customers when they run out of rooms. It permits a timeshare company to offer lodging outside a 20-mile radius of the property being presented if the consumer agrees.

Another Jones-sponsored bill was the “Made in the USA” bill that brought California in line with the other 49 states by allowing manufacturers to label their products as “Made in the USA” when most of components are manufactured in America. This allows companies like Maglite, based in California, to say its products are American-made when the light bulbs and O-rings are made overseas. “To get it passed I partnered with a Democratic senator. We were able to get the two bills approved signed by Governor Brown,” said Jones.

As for why voters should consider him over possibly bigger guns like Darrel Issa or Carl DeMaio, Jones said, “I think that having a reputation that I can get stuff done is important. I have served on the Insurance, Natural Resources and Water, Appropriations, Budget and Fiscal Review and

Governmental Organization committees.” If he is elected to Congress, “Probably the most important committee to be on would be Armed Services,” he said. Currently Susan Davis (53rd District) is the only San Diego congressional representative on that all-important committee (important because San Diego County is the largest military installation in the world.)

Being available to his constituents is also important. “I’ve built a reputation for being available to my constituents,” he said. “My staff is out going to events. We opened an office in Escondido. When constituents are in the capital, my capital staff knows that’s the most important meeting of the day. We do everything we can to move our schedule to accommodate people coming to visit.”

I asked the senator how he might differ from other Republicans who talk a good game on budget control—but once comfortably ensconced in Washington go with the flow? “I recently interviewed with the Club for Growth,” he said. “I agree with their stance. The continuing budget resolutions have to end. Congress’s first job is to budget the federal government. Over decades, Congress has refused to do its job, without the hard votes. I would support Congress doing its job and voting on a budget. If there’s energy behind a balanced budget amendment I would support that. My track record shows I’ve been a budget hawk. I have been able to get some of my Democrat colleagues to cut things or at least reduce some expenditures.”

Asked how he would address the toxic politics in Washington, he pointed out: “The paradox of last week: On Wednesday they impeach and on Thursday they pass USMCA to replace NAFTA and vote to create a space force. A lot of toxicity  the public sees is what the mainstream press chooses to cover. It’s the same thing in Sacramento. The press is pretty partisan, but there is a lot of bipartisan cooperation. I’ve shown I’ve had the ability to reach across the aisle, and get things passed and get things done from my district. At the same time defending the principles that are important to this district. I make things about the policy and not the person.” 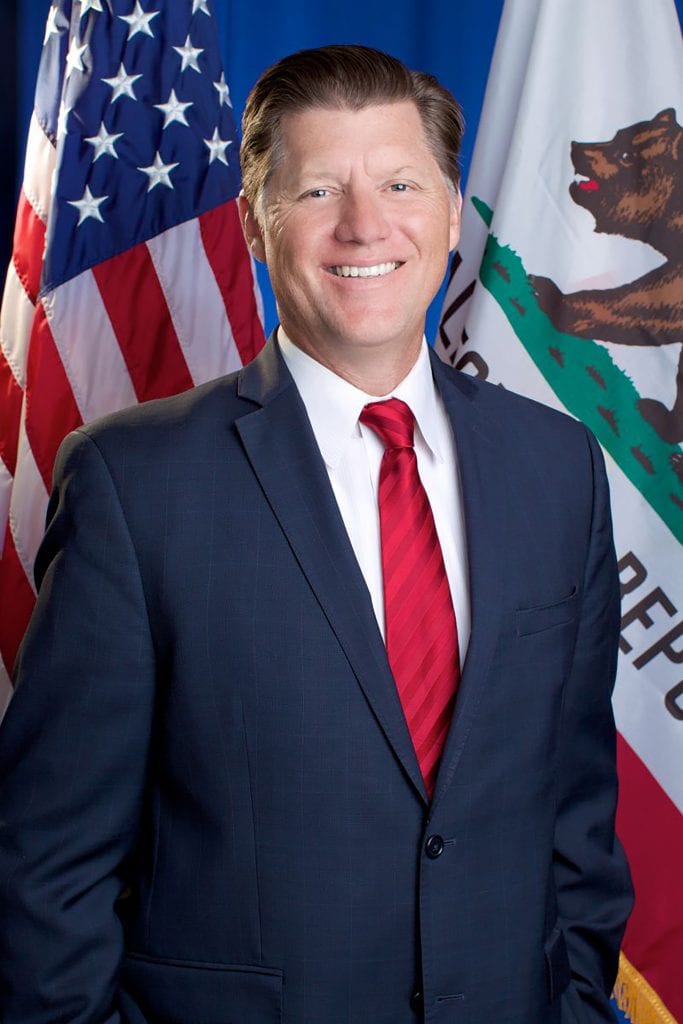 Senator Brian Jones of the 38th District is running for Congress. He is the only elected official and the only resident of the 50th running for the GOP nomination.

Some other issues that interest him:

• If elected he would like to work with Senator Mike Lee, who has a federal version of the “Made in the US” bill.

• “Obviously I’m interested in the prolife movement in other states,” he says.

• “I’d love to do some tax reform in California, but there would need to be ten more me,” says the senator.

Jones’s main focus is, “How can I make government less intrusive in peoples’ lives  as power has become more centralized?” he says. “I’d like to reduce the influence of the bureaucracy in our lives and allow Americans to be Americans.”

In his association with the Mountain Bike Association and Off-road Association (on his website, the senator is shown in an off-road outfit with a group of mountain bikers) he works on trails access issues and conservation of national parks, while expanding access.

Jones concedes  he is in an uphill race for the Republican nomination. “I won’t have as much money as my leading Republican opponents. I’m not independently wealthy [this is a reference to Darrell Issa] and haven’t been raising money into other federal accounts that I transferred in my campaign [this is a reference to Carl DeMaio.] I started fund raising in October. I think my campaign funding is sufficient and impressive and consistent. Most of my support is from within the district from supporters who will vote. I don’t need to have the most amount of money. I need enough to put my message out. I don’t need to attack the others. I think they will do that. I want the constituents to know I’m available to serve them and it would be an honor to do so.”

Jones says he supports the “underlying values of the district: pro-life, border security, law enforcement, fighting taxes and showing through my service on the city council that conservative government principles work. Lower taxes and more freedom.”

To find out more about Jones’s campaign, visit