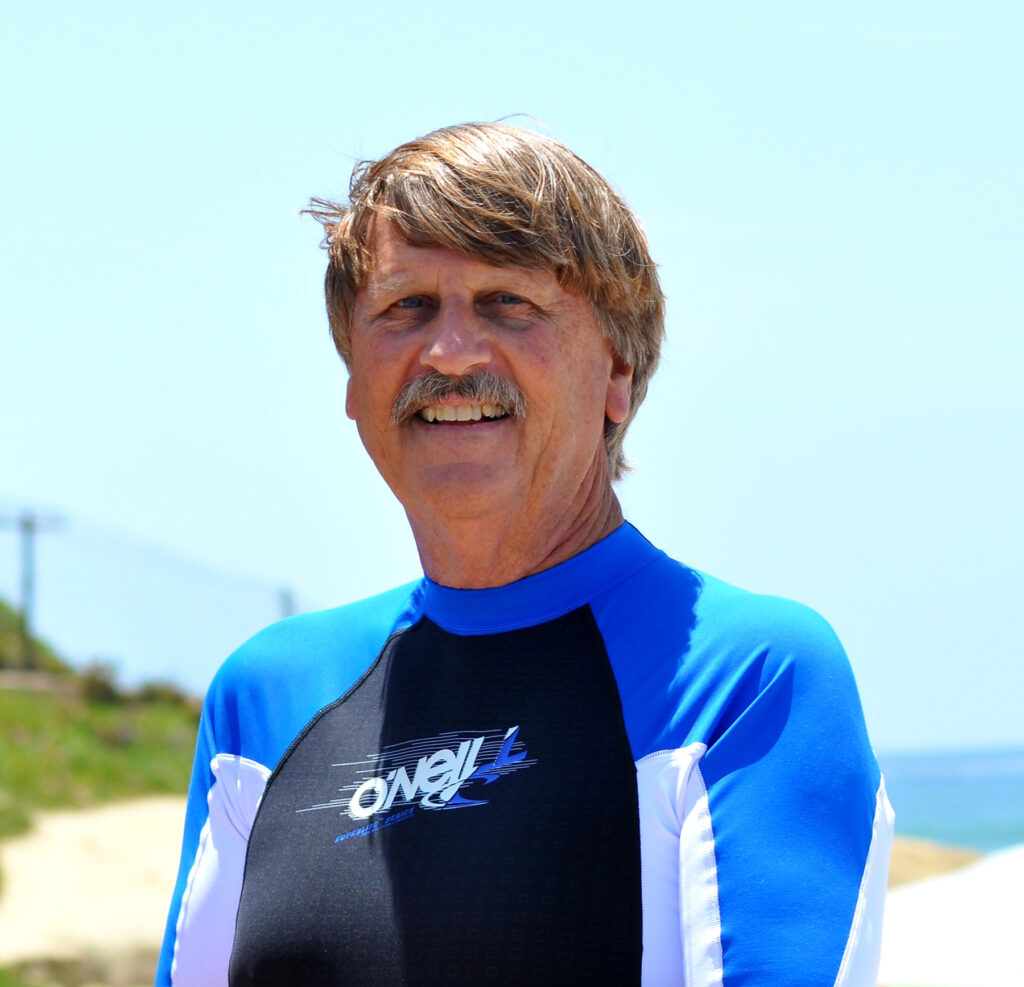 Brian Charles Polley, 75, slid peacefully from our arms and into those of Jesus on May 4, 2022.

Born March 31, 1947, “in the men’s dept at Sears” (as old-time Escondidans say with a wink), Brian was raised in the then-sleepy town, stirring up innocent trouble while forming friendships that would last a lifetime.

As a boy, Brian attended St. Mary’s school and proudly played on their baseball team every year. But by high school, he’d discovered surfing, and nothing else compared. He’d found his true calling… He’d found home.

In those days, it was well known that Brian often surfed before class—and sometimes during class—which could’ve cost him a diploma. Instead, it earned him the secret superlative of “Most likely to be truant” among the grads of ‘65.

Shortly after high school, he served two years in the Army, stationed in Washington state. Far from his beloved beach, he adapted—taking up snow skiing and lake activities during time off… and no surprise, adding more friends to the list of lifers.

As an experienced surfer, scuba diver, and sailor, his love of the ocean expanded into traveling. He walked some of the world’s most beautiful beaches, collecting seashells and more friends along the way.

It’s been said the two happiest days of a man’s life are the day he buys a boat and the day he sells a boat—but Brian was different. The day he sold his cherished sailboat was indeed a sad one.

A dichotomy of sorts, Brian was both a self-declared “beach bum” and a successful, well-respected business owner. Proudly operating Brian Polley Land Surveying out of Escondido since the ‘70s, his eye for detail made him one of the best in his field.

Calling Carlsbad home for most of his adult life, he made it a point to see or walk the beach every day—until the day he couldn’t anymore.

Brian is survived by his sister and only sibling, Joan; his nieces, Stacey and Michelle; 7 grandnieces and grandnephews; 8 great-grandnieces and -grandnephews; as well as a few special cousins—who he declared more like siblings. All of whom stood by his side no matter how bad things got or how grumpy he confessed himself to be.

Though never married, most people knew him as Janice’s other half, and they spent years making memories to last forever.

His many friends truly stood the test of time. Spanning from the days of baseballs and tree houses to wheelchairs and doctor visits, they’re all still here.

Though no longer here to walk the beaches of this world with us, Brian’s surely strolling the beaches of Heaven… patiently waiting for the day we meet again.