Breweries team up to surprise second graders with new bikes 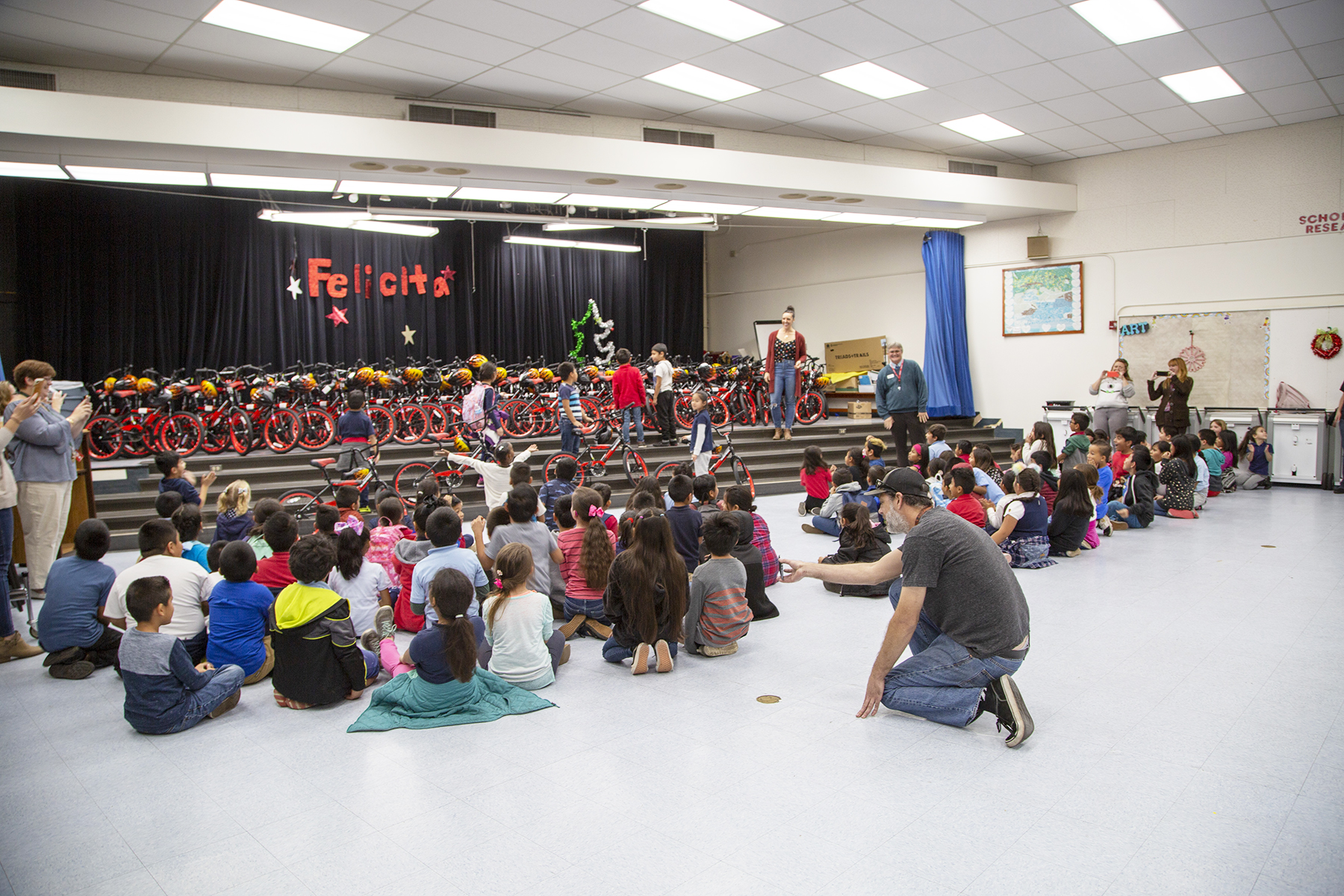 Employees from Stone Distributing and Oskar Blues Brewery December 12 teamed up to support the Can’d Aid Foundation and donate 100 bicycles and helmets to the entire second grade class at Felicita Elementary, a Title 1 school in Escondido.

Can’d Aid has donated more than 2,000 bikes nationally to elementary students to date. To donate, join the do-goodery or find out more, visit candaid.org.

Lizzie Younkin, a spokesman for Stone, told The Times-Advocate: “Today’s donation of bikes at Felicita Elementary was a huge success! Our team had such a great time supporting this cause. At the assembly, the principal told the students that we’d be donating four bikes to four lucky students, pulling names out of a box where students had turned in tickets for good behavior. In the end, we surprised them with bikes for all waiting behind the curtain!” 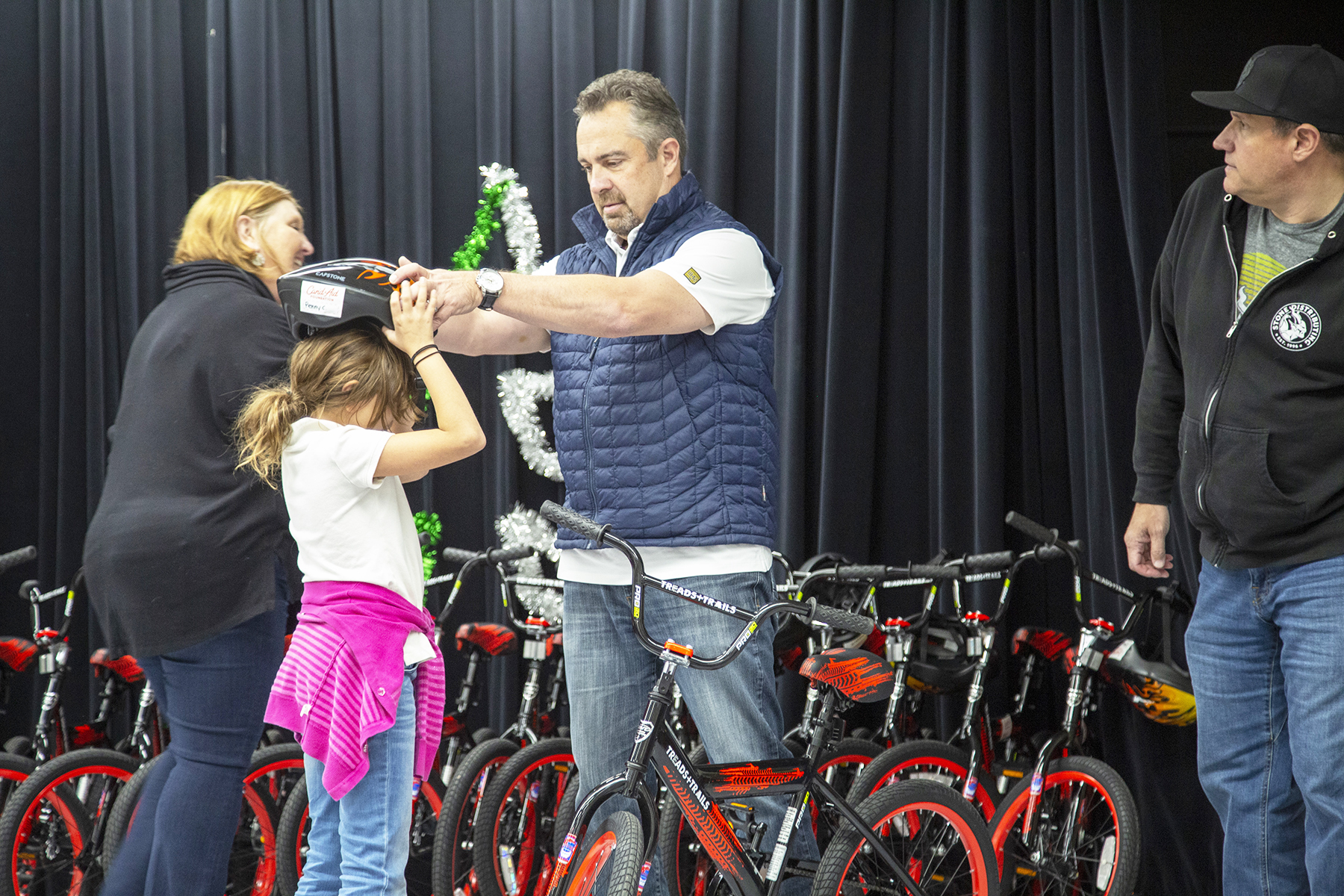 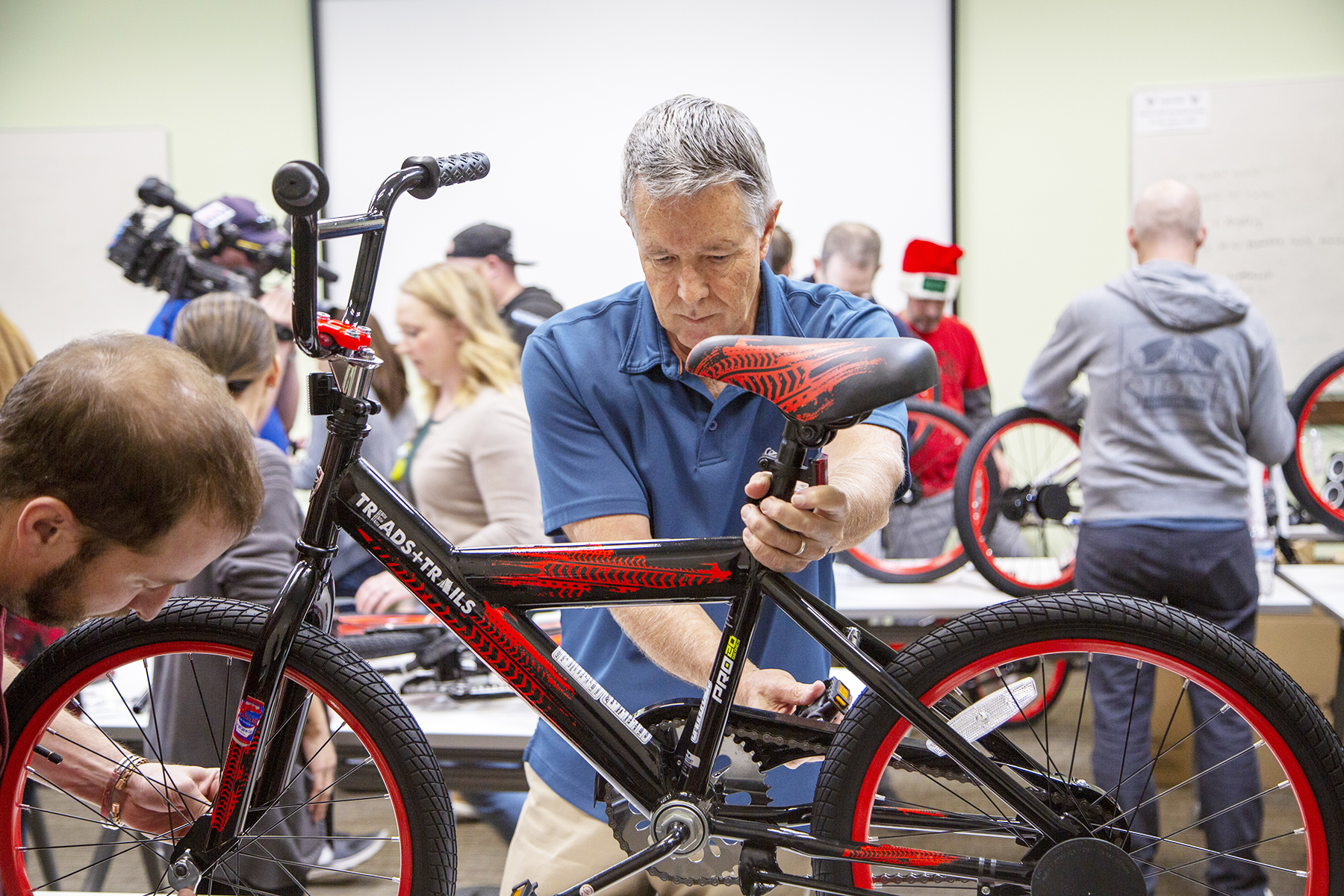