Boys Under 19 Hurricanes advance to first place in division 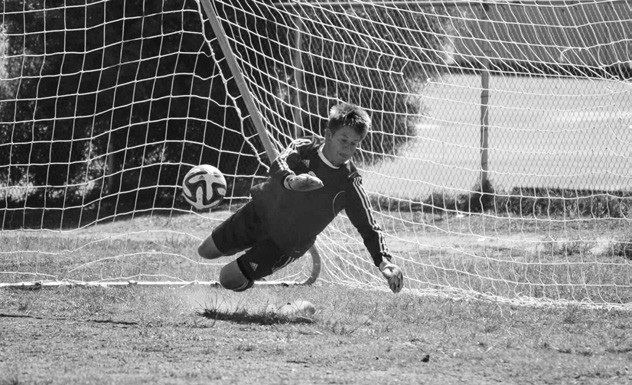 The Boys Under 19 Hurricane team played two games over the weekend and advanced to the front of their division.

Saturday they squared off against San Diego Soccer Institute in Carmel Valley. Team Captain Austin Reser scored in the first two minutes, and the Hurricanes kept up the pressure, leading at half time 5-0. In the second half the Hurricane scored again, with a final win of 10-0. Scoring for the Hurricanes was Austin Reser, Christian Munoz, Tony Rizo, AJ Monzon.

Sunday they faced a much tougher opponent playing away in Otay Mesa vs the first place Boxers. Game time temps were 101 degrees, but the boys played tough and scored first, with a beautiful left footed shot from the top of the box by Austin Reser.

The Boxers scored a tying goal, and then later in the game were awarded a penalty kick. Hurricane keeper Andy Cervantes had a spectacular save of the PK, keeping the game tied. The Hurricane defensive line, anchored by team captain Justin Blasius and Alen Mendiola, Mason Broadway, Randy McCowan and Ramone Castaneda, proved to be up to the task of stopping a fast and formidable Boxer attack.

In the final minutes a Boxer player received the ball with his hand in their own penalty area, which by rule awards a penalty kick to the Hurricanes. After much protesting by the Boxer players, the referee finally settled the other team down.

Team Captain Tony Rizo calmly took the PK, scoring for the Hurricanes. The referee whistle blew, and the Hurricanes came away with a 2-1 win. That puts the Hurricanes in first place in the Presidio B19 Division.