‘Blair Witch’: Can’t be scary to save its life 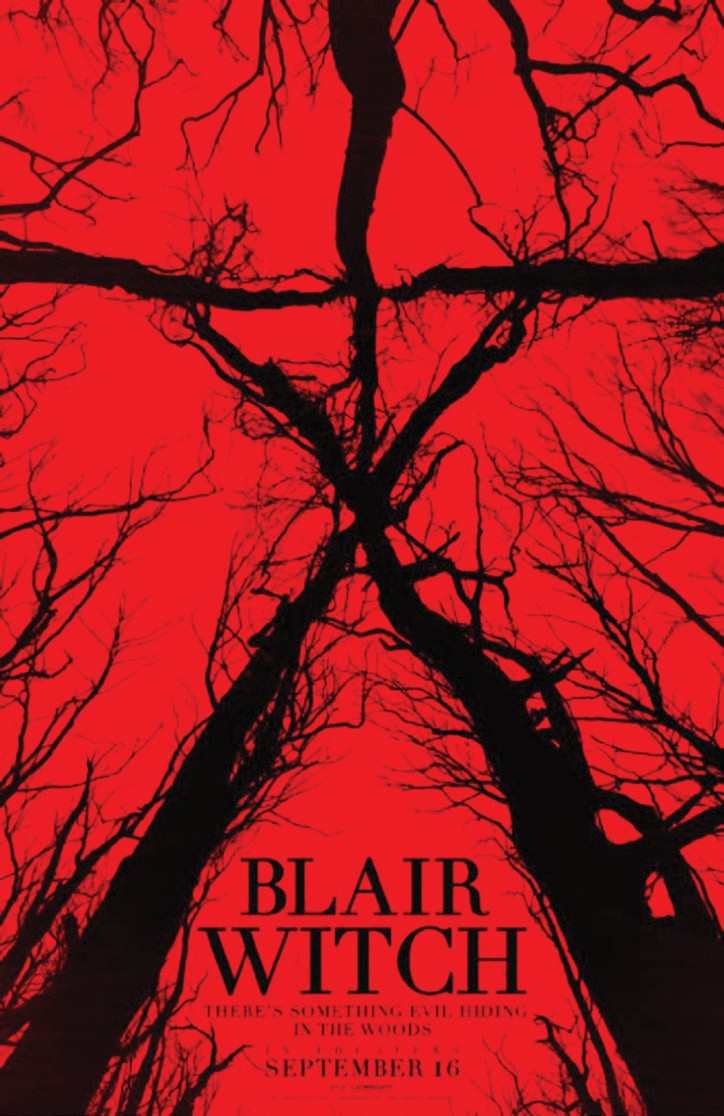 For better or worse, 1999’s “The Blair Witch Project” pretty much invented the “found footage” style of filmmaking that we see so often these days, usually in horror movies. The film made $140 million on a budget of $60,000 thanks to its unprecedented style and a wily internet marketing campaign. This success led to a plethora of knockoffs, sometimes as fruitful as the “Paranormal Activity” franchise, but often as useless as, say, “As Above/So Below.” Even though it’s obviously a sequel (and not just a sequel in name only like 2000’s “Book of Shadows: Blair Witch 2”), I still consider the new film “Blair Witch” to be one of those useless knockoffs.

The film follows James (James Allen McCune), the younger brother of the female filmmaker from the original film, as he goes into the woods of Maryland to try and find out what happened to his sister all those years ago. He brings along his girlfriend Lisa (Callie Hernandez) and friends Peter (Brandon Scott) and Ashley (Corbin Reid). Another couple invites themselves along, Lane (Wes Robinson) and Talia (Valorie Curry), who clearly have an ulterior motive. James is being more careful than his sister. He has twice the crew, better cameras, GPS, and a nifty drone. Surely this means he won’t fall into the same centuries-old trap his sister fell into, right?

Yeah, things go wrong. Equipment falters. Trees fall. The group gets lost and when they try to go home, they keep coming upon the same landmarks. The sun refuses to come up. Lane and Talia go off on their own and when they return a few hours later, they say they’ve been gone for days. Ashley gets a cut and it turns out to be *woo* a haunted cut *woo*. Those stick figures from the first movie that we got sick of seeing all over pop culture in 1999 are back. This time they’re made of impressively gnarled sticks, so they’re about as scary as sticks can be, but how much is that saying, really? And of course the whole thing ends with the remaining characters trekking through a familiar house as we wonder if we’ll finally get to see the Blair Witch.

Ninety percent of this movie can’t be scary to save its life. Yes, being lost in the woods at night is scary, and the original film did an excellent job of capturing that disoriented feeling. It was what made that film work, more so than any of the witch stuff. But that’s exactly why it doesn’t work in this movie, because we’ve seen it before, there’s less of it, and this film doesn’t do anything new with it. Instead the movie relies on cheap jump scares like characters entering the frame without warning and glitch-y static sounds from the camera. The film is content to cruise on the promise that the Blair Witch’s face will scare you to death in and of itself. I’m not above being scared by faces (I’m the only person I know who loses sleep over Bagul from “Sinister”), but I can assure you what we get in this film is disappointing.

“Blair Witch” is saved from a one-star rating by its ending, where the characters search the house. I’m not sure if it’s the light from the camera or a botched paint job, but there’s a patchy white color throughout that makes everything seem extra sharp and sudden. It’s a good setting for something scary to happen, too bad we don’t get anything worthy of it. There is also a scene in the bowels of the house that makes for the only time it is acceptable to be freaked out by this film. Nothing “happens” here either, but nothing has to, the setting does all the work. Settings aside, this is nothing more than a dull found footage movie that proves that the magic of “The Blair Witch Project” can never be duplicated.