BIZstory: Veni Express Inc.: a phlebotomy service that travels to you 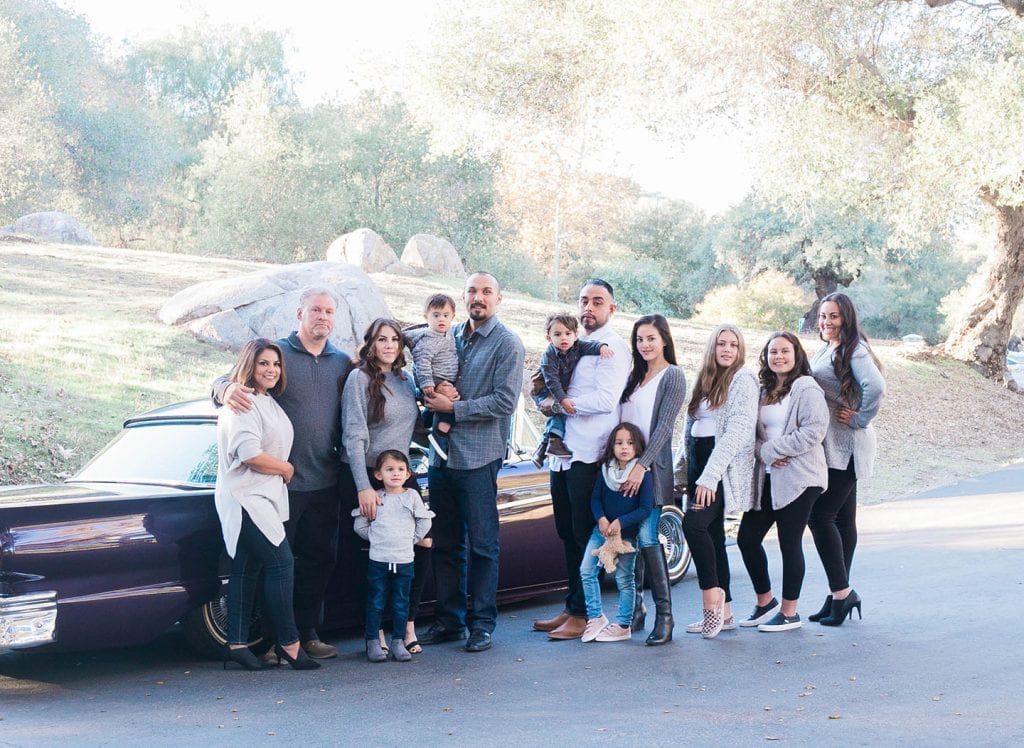 This is as much a story of family and faith as it is a business story.

It is a tale of a young woman overcoming obstacles, finding her passion in work and love and the successful life path of Myrna Steinbaum and her business – Veni Express.

It is likely that you are happily unaware of the need for mobile phlebotomy services. These services allow the very sick or elderly to have necessary tests performed in the comfort of their own homes. Veni Express services over 3,500 patients a month.

Myrna, the middle child of five children including two brothers and two sisters was born in Los Angeles. Her father was from Guadalajara, Mexico. Her mother was from Mazatlán Sinaloa and was fourteen years old when the couple were married in Guadalajara. Myrna’s mother birthed five children before she turned twenty-one.

The family moved to Oceanside in 1973 and to Escondido in 1976 and soon after her parents were divorced. Myrna recalls “I grew up in a broken home that resulted in moving from place to place from Oceanside to all over Escondido – I used to jokingly say we were Mexican pilgrims. My childhood was challenging and I grew up fast.”

Mryna and Sonny attended Oak Hill School. Myrna says “Sonny played ball with my brother and sometimes after games we would all play in Washington Park.’ Sonny was Myrna’s first crush. Sonny was born in La Mesa and moved to Escondido in 1968. Myrna says “Sonny was the All American guy. He graduated from Orange Glen High School where he had played football and wrestled and after graduating he began working for his dad at Rick & Sonny’s muffler across from Grape Day Park. He managed the business for twenty-eight years.”

Myrna and Sonny seemed destined to be together. “We were always bumping into each other around town” says Myrna. In 1991 Myrna married her long time crush, Sonny Steinbaum. Myrna says “We are proud parents of three young mommies who have blessed us with six grandchildren. All three daughters graduated from Escondido high schools and after high school went through phlebotomy school. Two are stay at home moms and our oldest daughter works with us.”

Myrna Steinbaum became a medical assistant in 1989 and with that certificate was able to draw blood. Her first job was working as a Medical Assistant (MA) in an emergency room, but she knew she would rather draw blood than be a medical assistant. Myrna says “After much persuasion (and maybe a little stalking) the medical center’s laboratory supervisor agreed to give me a chance and I was hired as a venipuncturist, which was the 90’’s term for what is now called a phlebotomist.”

Myrna recalls, “I was drawing blood for an elderly lady in the emergency room and the lady asked me if there was a company that would come to her home and draw her blood.

“She said she had no family and that the ambulance ride to the emergency room was very expensive. Think about it. Patients would come to our outpatient lab through the emergency room by ambulance and as soon as the doctor would check their blood results the patient would then return home by ambulance – most times the cost was not covered by insurance.  She told me that she prayed that such a service would one day exist. I consider myself to be a spiritual person and I thought to myself, I need to start this business someday. I too began to pray but after some research found that while I had a certificate I needed a license to open such a business.”

For years Mryna continued to share her ideas to anyone who would listen and finally the license for the position became available. Myrna was excited but did not possess the means to start the business at that time and continued working, teaching and managing in the phlebotomy field.

“In 2010 the urge to start my mobile phlebotomy company was stronger than ever,” she remembers. “I had prayed for years that God would bless me with the opportunity and felt that he spoke to my soul, letting me know it was time to start Veni Express. I spoke with my husband and shared what I felt God was telling me and he told that if I felt the calling, he would support it. It was the right time.”

Myrna left her position as a field supervisor with West Cliff Laboratories (now LabCorp) and started Veni Express out of their home. Initially she wore all the hats – drawing blood, handling administrative duties and scheduling while husband, Sonny worked hard for the family’s financial stability.

“There were a lot of struggles in the beginning. I did not draw a paycheck the first four years because every penny earned went back into the business,” she recalls.

It was not easy but through prayer and perseverance accounts started to come in and the company began to grow and soon Myrna moved the office out of her home and into a conservative office space. In 2016 Sonny joined the company as CFO. Veni Express continues to grow and the business now occupies 17 spaces in a large office in Escondido.

Veni Express now has over 50 employees, servicing over 3,500 patients a month in Southern California and has expanded into Arizona as well.

Myrna says, “We pride ourselves in providing great customer service and specialize in specimen integrity (knowing how to preserve the integrity of a specimen is key for the doctor receiving the test results.) We have a quality assurance department that audits our phlebotomists and makes sure they are always keeping a clean and safe environment. What also sets us apart is our orientation and training for our new phlebotomists.” 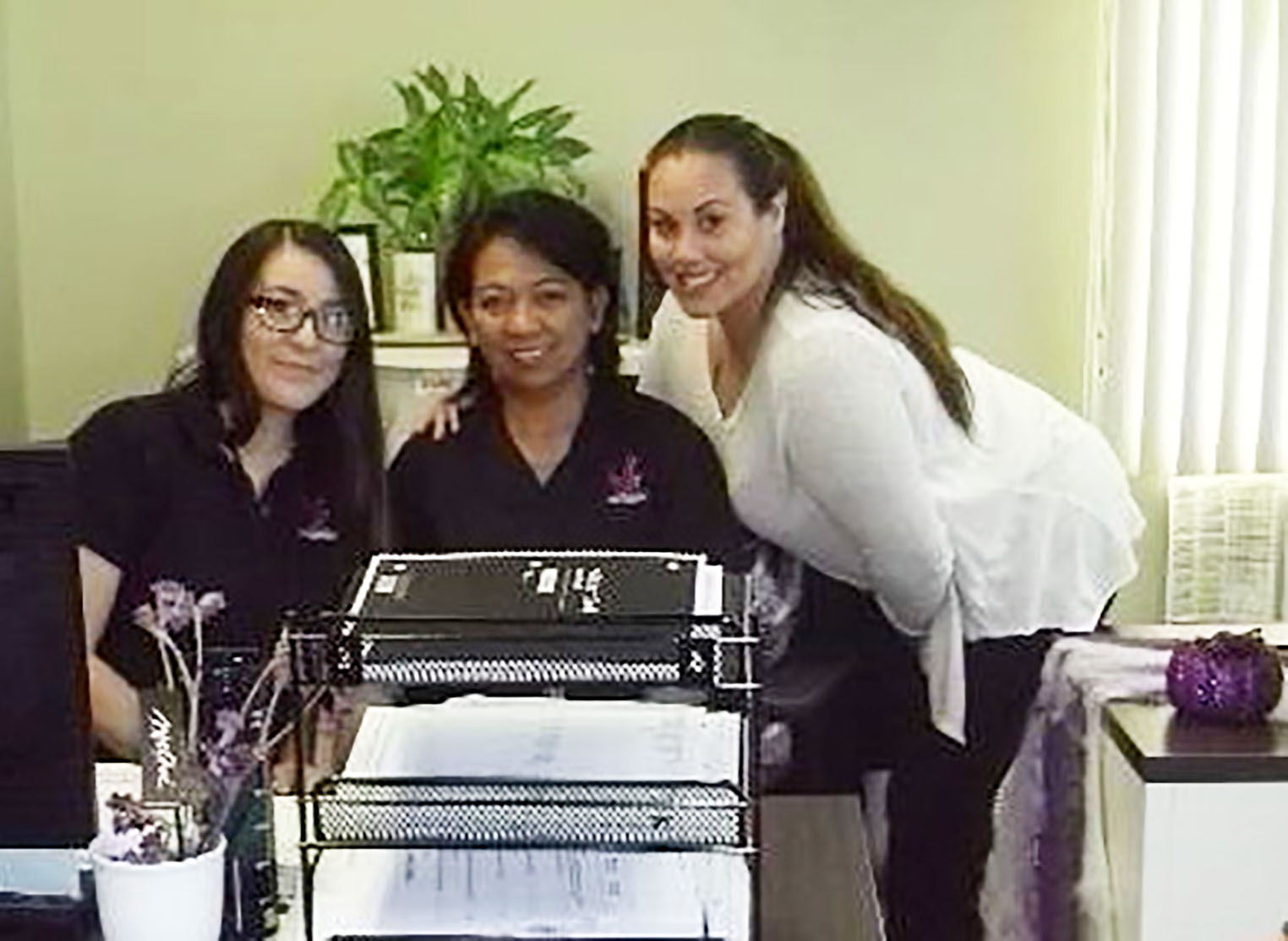 The billing department at Veni Express. 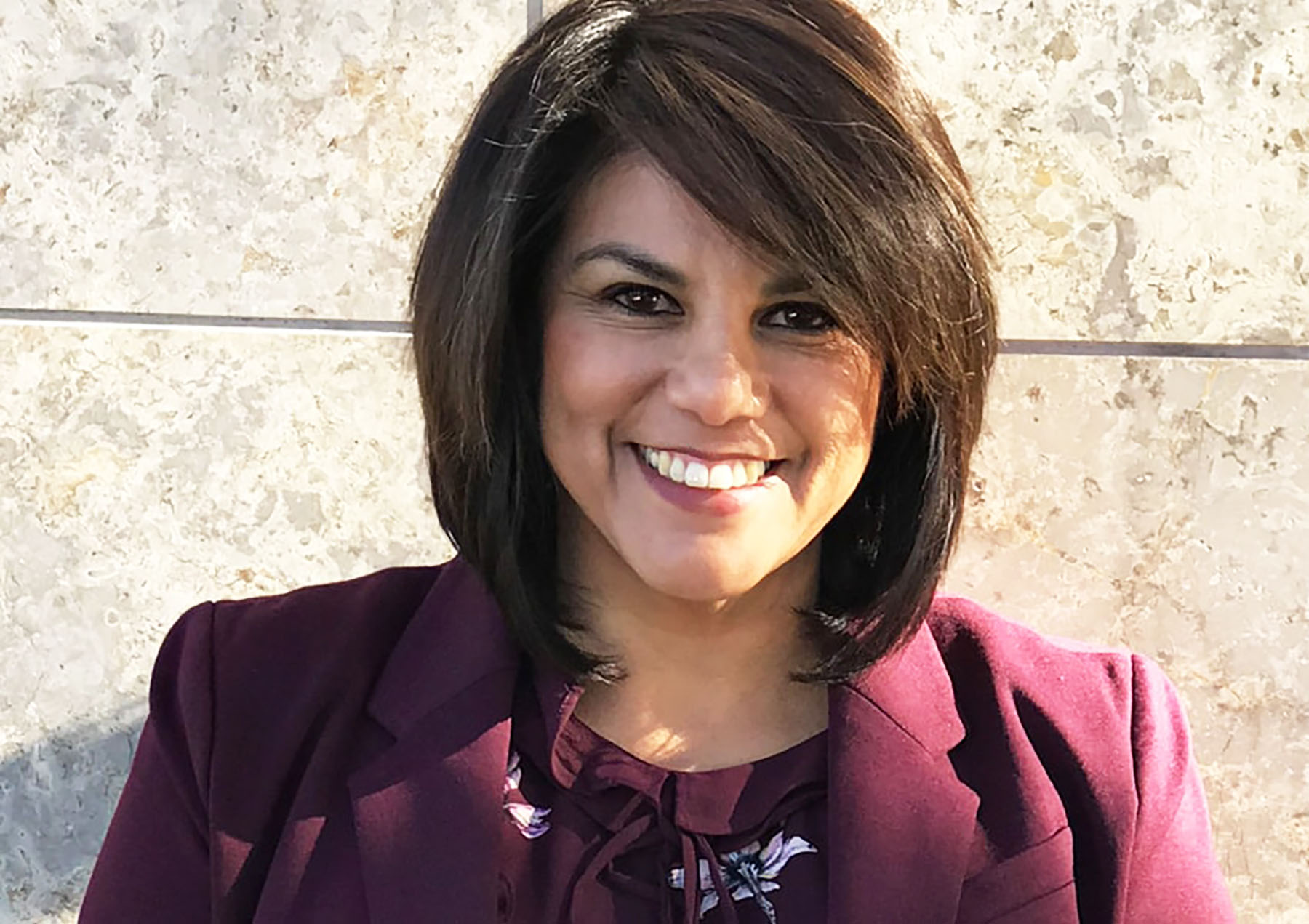 Myrna Steinbaum, CEO of Veni Express, a company she started in her home and which now has 50 employees in a large office in Escondido. 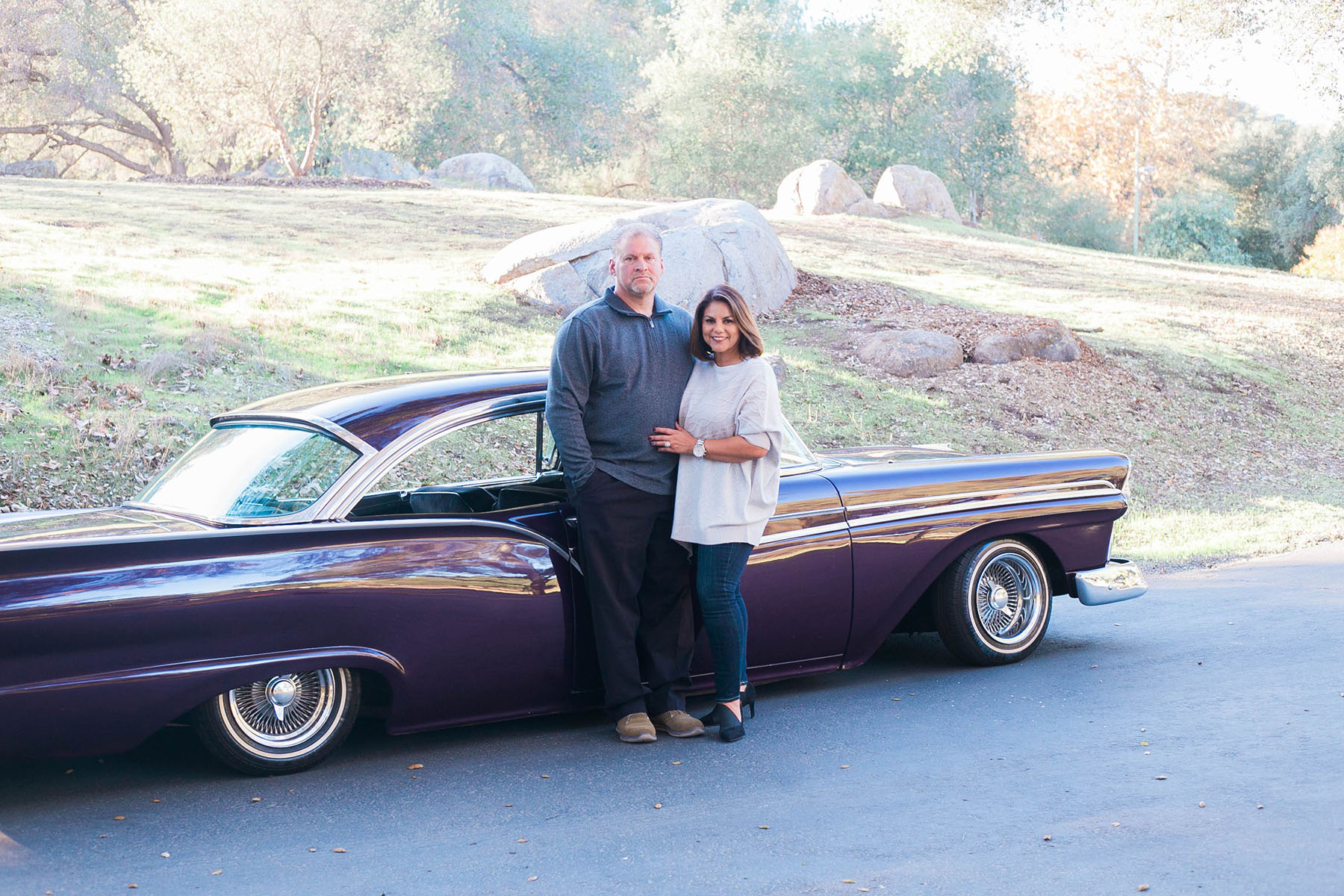 Sonny and Myrna Steinbaum, owners of Veni Express in Escondido. 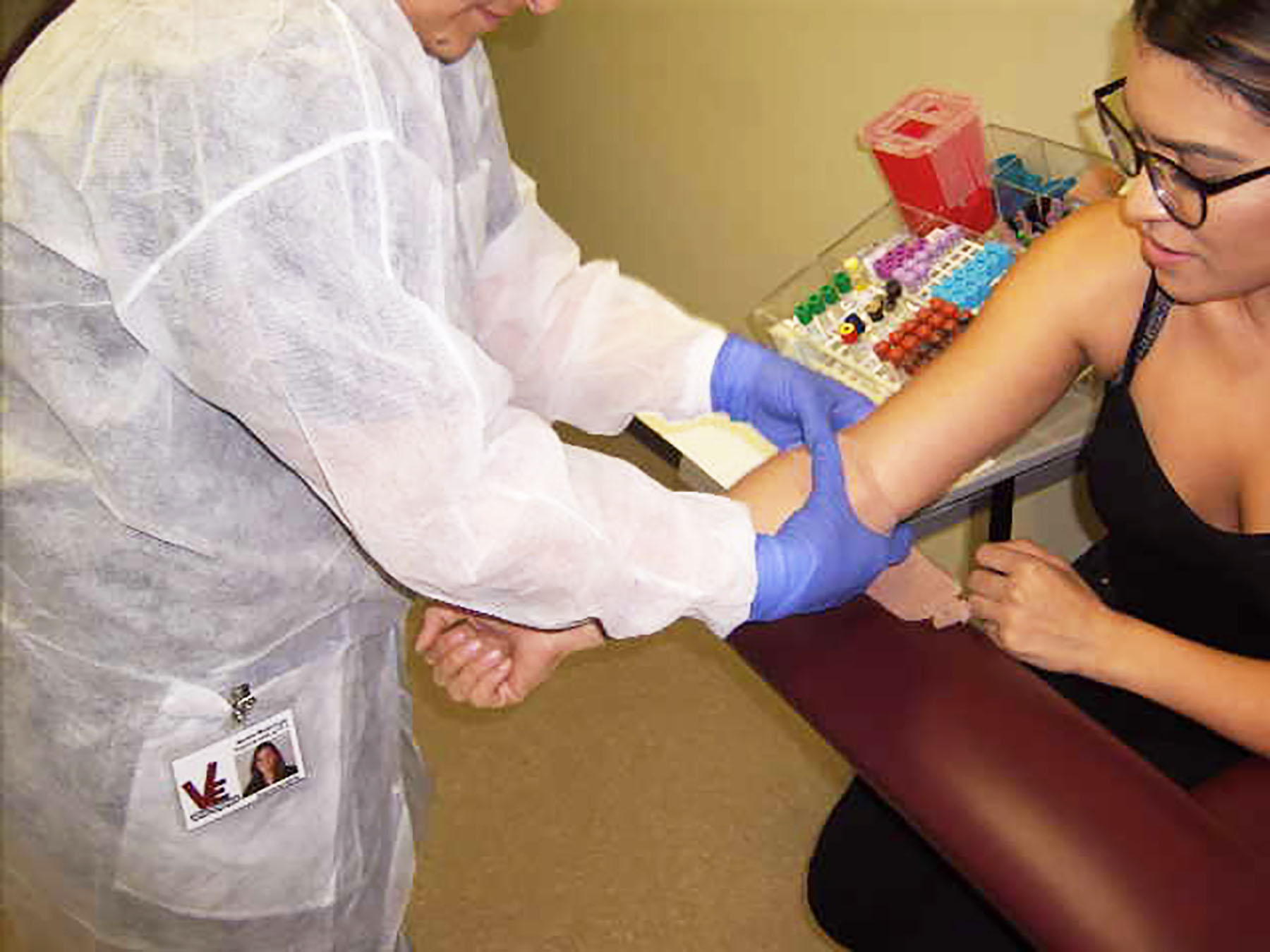 A phlebotomist from Veni Express draws blood. The company provides mobile lab services such as this.