BIZstory: Take your car out to EAT! 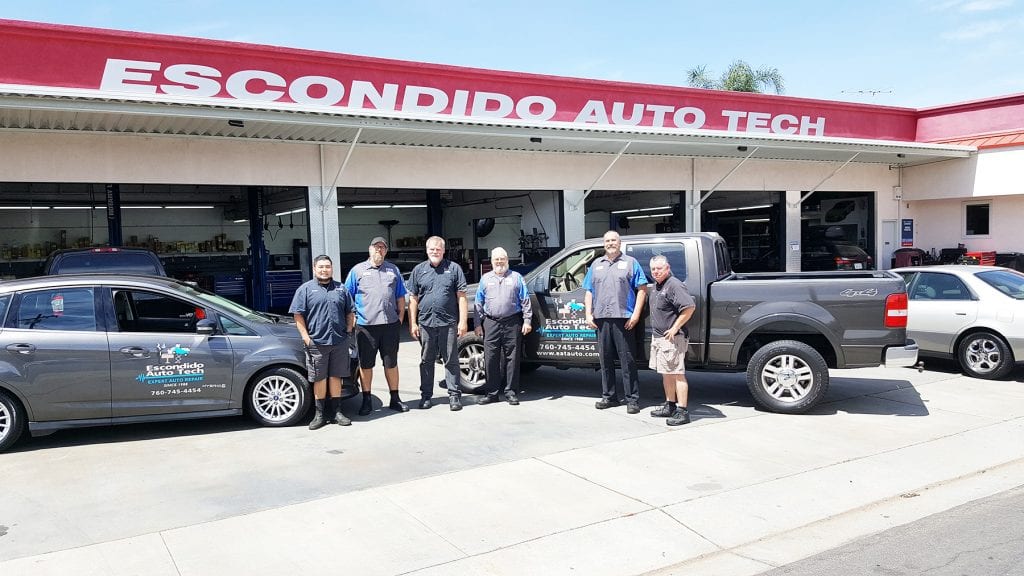 Escondido Auto Tech is located on the west side of North Ivy Street between East Valley Parkway and East Pennsylvania Avenue, directly across Charlie’s Restaurant.

Jim Tisch was born in Glendale California, was adopted as an infant and raised by his loving adoptive parents in West Covina. Jim graduated from West Covina High School where he was a competitive varsity level tennis player and then attended Cal Poly University.

Tisch’s first job was working as a manager for Advanced Speed and Marine which helped spark his interest in cars and boats, make that FAST cars and boats.

Tisch moved on to become an assistant store manager for Goodyear Tire and Rubber at the Baldwin Park location and then Jim became store manager in Claremont, California.

He next landed the opportunity of working for a division of Carol Shelby Enterprises, called Shelby Custom Services that supplied custom wheels and tire packages for van conversion companies Contempo, Red E Kamp and one of the largest Ford dealerships in the country, Galpin Ford.

Tisch moved to Escondido in 1975 and worked for Jacobsen Tire then Palomar Motors (Young Pontiac Cadillac).

Tisch had become good friends with Bill Bartz, the used car manager from Young Pontiac Cadillac and for years Escondido Auto Tech serviced many cars from the used car department of the dealership.

Tisch purchased Tom’s share of the business in 2001 and began working on his goals of buying the land that EAT was built upon and beginning a remodeling project. When asked about the need to remodel Jim remembers, “The ceilings in the shop were so low that you needed to be careful not to raise a vehicle too high or you could go through the ceiling!”

Both goals were reached. Tisch was able to take advantage of the city’s façade improvement grant. Escondido would match (up to $10,000) funds used for improving the appearance of the business. Jim’s $120,000 remodel expenditures helped qualify for the grant.

Jim had an interesting experience on his 50th birthday. His birthmother contacted him. She (Louise) had given Jim up for adoption when he was two days old. Jim says, “Louise called and after a sort of conversation I was pretty sure that she was indeed my birth mother. We talked more and visited and I learned more about my life. For example while the adoption was completed in Los Angeles county (Glendale), it turns out my birth father was born in Escondido (where Jim now works and resides). What a small world after all.” Jim’s birth parents and adoptive parents have since passed.

At six foot four inches tall and weighing 250, Jim Tisch could be an imposing figure. But what you find is that he is a nice, fun loving person with a good sense of humor.

His love of water has led him to buy a house on the island of Roatan, a Caribbean island off the coast of Honduras where he loves scuba diving. Other passions include riding. He rides his BMW motorcycle to many destinations across our great nation, with friends or at times on his own.

Tisch says, “It helps to have a sense of humor in the auto repair business. For example, and it happens more than you might think – a customer will have their car towed to the shop, only to find that the car has no gas. They didn’t look at their fuel gauge!”

“A customer brought their car in noting the power seemed down. During the inspection, our technician pulled the air cleaner lid off the carburetor and out jumped a live black cat!”

“This vehicle was brought in by a customer who complained of an odd noise heard when she was driving. We test drove the car with her and could not duplicate the noise. We recommended she drive some more and if the noise returned to immediately come back and we would take the car out for another road test. A couple days later she returns, we go for another road test and again she does not hear the noise! She returned again a few days later and again the test drive produced no noise. We recommended she drive us around and it turns out, when she drives she cracks open the driver’s window very slightly AND SHE HEARS THE NOISE! Her plastic wrapped dry cleaning was hanging on the hook in the passenger area behind the driver’s seat rustling in the wind from the cracked open driver’s window. Seemed it only happened every couple of weeks after she picked up her dry cleaning.” 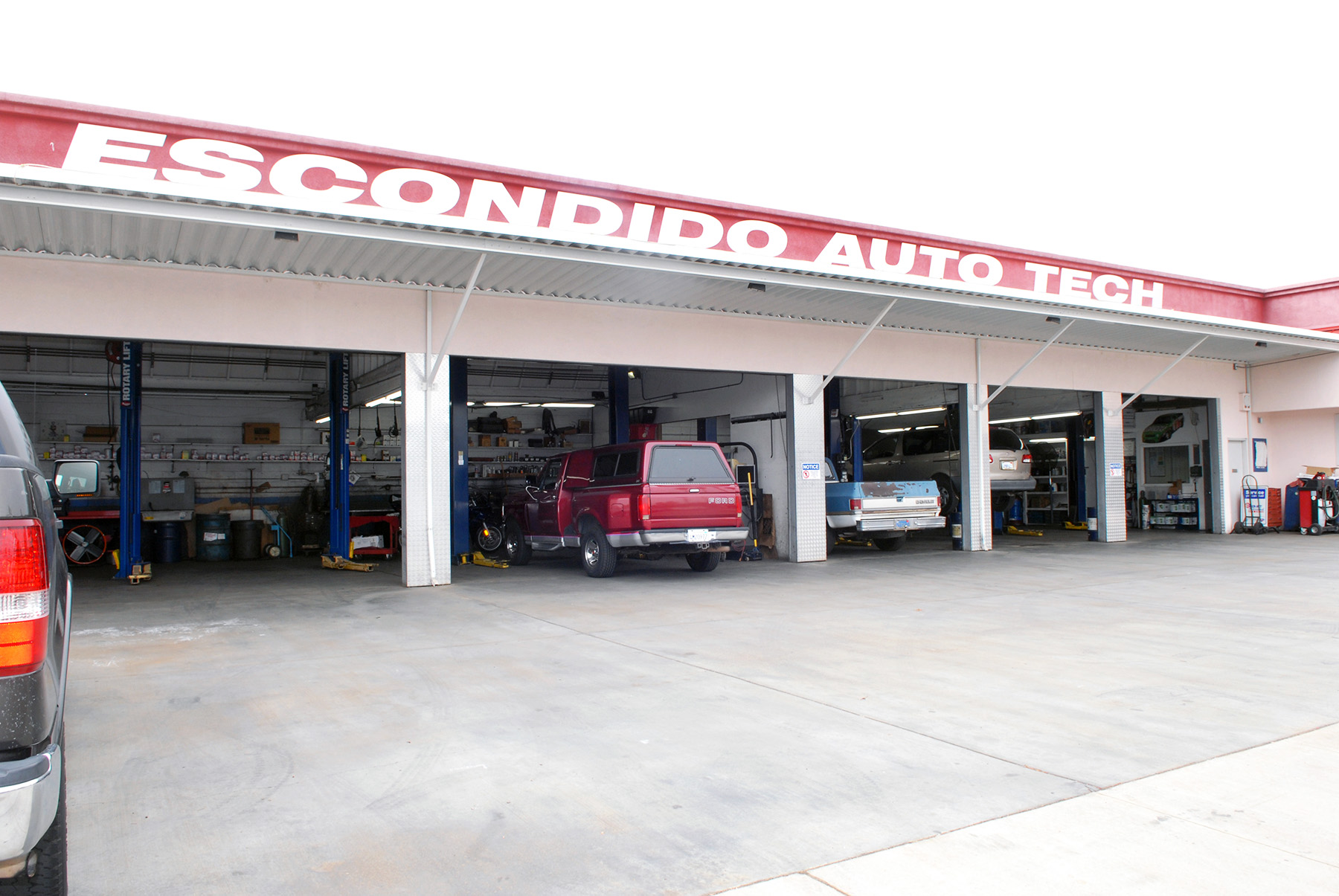 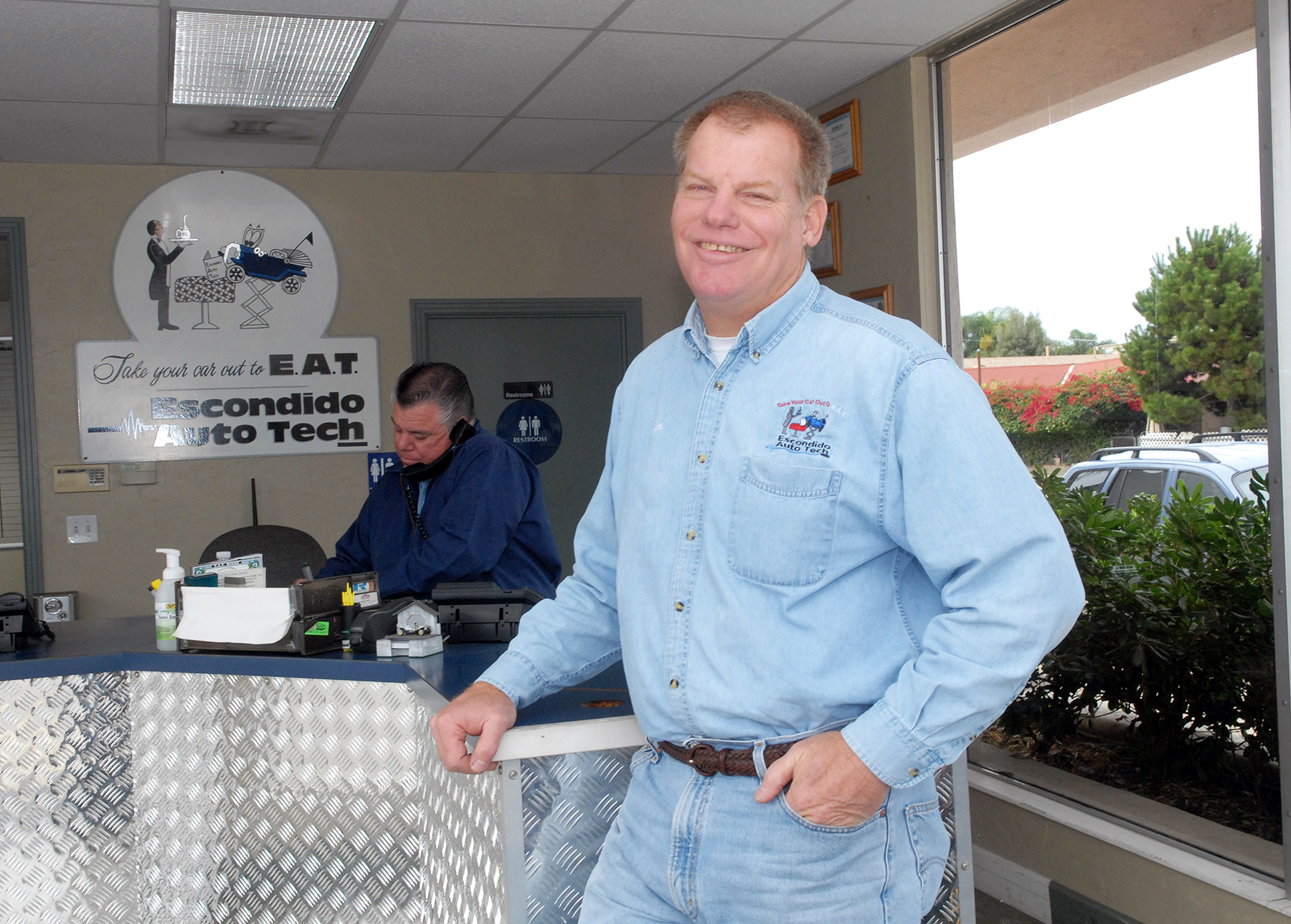