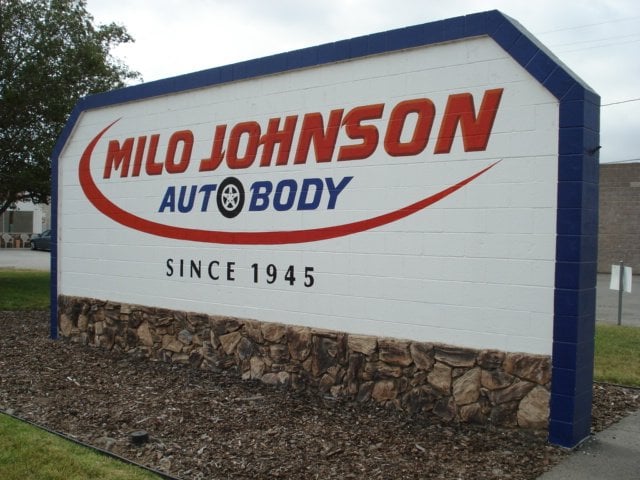 There is a lot of history behind this sign. 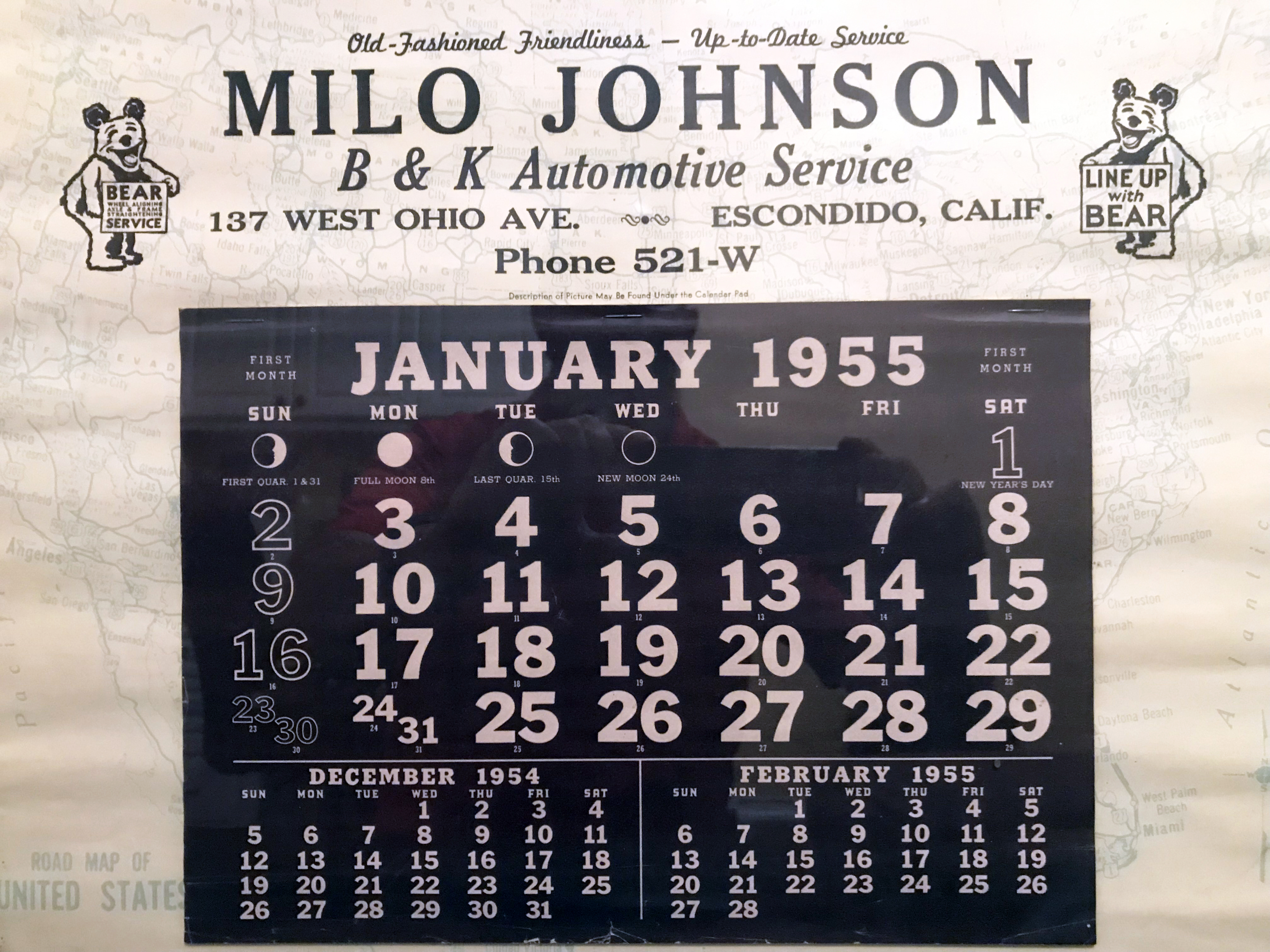 One of the calendars that Milo Johnson used to give out 64 years ago.

Chances are you have or you know someone who has taken their accident damaged car to Milo’s for transformation back to its original beauty.

You may have had the pleasure of meeting Jeff & Cathy Johnson at a Chamber of Commerce or Rotary Club event.

Or you have simply driven by the shop on Quince Street and noticed their sign – Since 1945.

There is a lot of history behind this sign.

In 1939 Milo & Benice Johnson lived in Montpelier, North Dakota. Milo worked for Standard Oil delivering fuel to farmers at the tail end of the Great Depression. Many farmers were unable to pay Milo for the fuel and Milo became indebted for the cost which led to Standard Oil seizing Milo & Bernice’s home and furnishings.

Milo’s father lived in Orange County and had become deathly ill; prompting Milo to hitch a ride to California, riding with hobos on a train boxcar.

Once in California Milo found work with a Hudson dealer in Laguna Beach. In those days, things were a little different regarding the delivery of new cars from Detroit. Milo went to the dealer and offered to pick up a new car at no cost, providing he could go through North Dakota, pick up his family and bring them with him to California.

The family moved to Escondido in 1940 and Milo went to work for Homer Heller Ford as a body repairman.

It was 1944 and Milo received a draft notice, from Uncle Sam instructing him to prepare to report in 30 days. He sold both businesses for pennies on the dollar thinking of his coming service and lost all of the proceeds in one night playing poker at the Friendly Club only to later find out that the Army decided they did not need a soldier with five dependent kids.

Milo bought back the shop (then called B&K Automotive) the purchase made possible with a loan from his brother, Roy Johnson.

Like “on the farm” Milo believed kids worked for the family and oldest daughter Betty was commandeered as the company bookkeeper immediately after high school until relieved of those duties by her mother, Bernice.

In 1959 more space was needed and the business relocated to 415 North Escondido Boulevard (current location for the California Center for the Arts, Escondido) and then in 1971 moved to a larger and its current location at 535 North Quince St.

Bob and Marvin bought the business from Milo and Bernice in 1971.  Milo’s grandson, Jeff joined the business full time in 1982 and was promoted to body shop manager seven years later.

Turns out, Milo Johnson Autobody is not likely to see a fourth generation of management. Jeff and Cathy have two sons who have chosen different paths. Ross, is a teacher and coach at Escondido High School. Brian, lives in Puyallup, Washington and is a Captain in the National Guard.

Good business. Great people and a little of the history behind the sign.