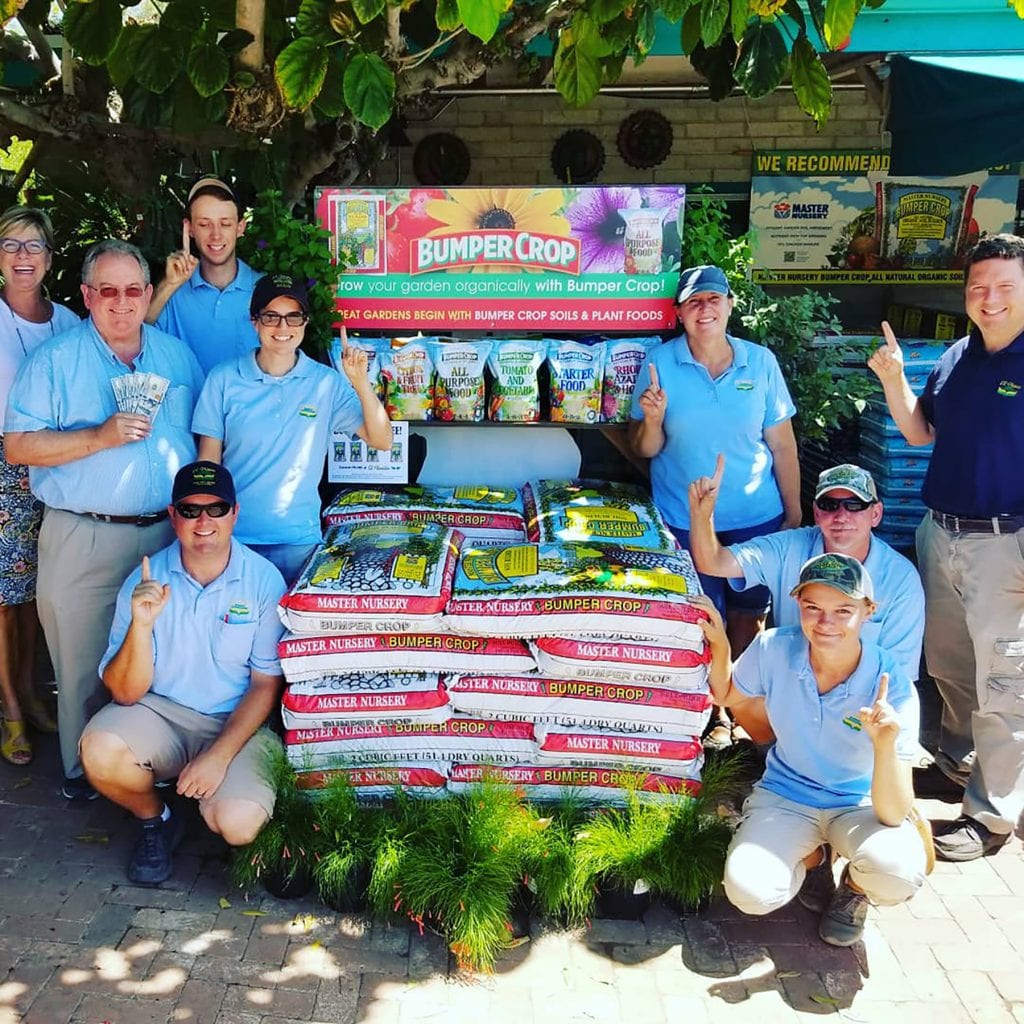 Nestled in a quaint valley just outside of the busy city of Escondido near Bear Valley Parkway and Idaho Avenue is 1322 San Pasqual Valley Road where you’ll find El Plantio Nursery and Landscaping.

This gardener’s delight has been offering help and sound advice to budding horticulturists for over 50 years.

El Plantio is Spanish for planted area or garden space and this nursery is a nature lover’s wonderland.

Nathan Snapp and his wife Edith were born in Utah. Nathan loved the outdoors and camping and earned a degree in Forestry. Nathan and Edith’s children Carolyn and William (Bill) were born in Washington D.C. where Nathan then worked for the government. Sons Warren and Douglas were born in Pasadena. The family moved to Escondido and Nathan began work as the purchasing and personnel director for the City of Escondido and Edith, a teacher, taught home economics at Orange Glen High School.

The nursery was originally founded in 1959 by George and Jean St. Denis. The Snapp family’s history with El Plantio began in 1969 when Nathan Snapp, retired from the city and decided to buy the nursery business. To Nathan the business was at first a retirement hobby, using a spiral notepad to record business and hiding the money bag under trash in the trash can overnight. (No, this practice is NOT in place today!)

Bill Snapp joined the nursery in 1974 after getting an associate degree from Palomar College. His wife, Wendy was a teacher for 37 years, with 17 years at San Pasqual Union School. Bill and Wendy have two children.

Warren started working at the nursery in 1976. Warren’s wife Kathy works for the Escondido School district. Warren and Kathy have six children. Three, Nolan, Lloyd and Melinda have horticultural degrees from BYU, Idaho and work at the nursery.

The brothers bought the business from dad, Nathan in 1976 and added commercial and residential property maintenance to the retail and landscaping departments.

Bill Snapp says” We started from the bottom rung of the ladder by digging irrigation ditches and holes for landscaping plants. In time we climbed the work ladder literally by learning the ropes – using ropes to climb trees that needed pruning or removal, before reaching the tops rungs of ownership.”

Bill is a California State Licensed Contractor and manages landscaping and maintenance.

Warren Snapp manages the retail side of the business and is a California Certified Nurseryman.

El Plantio has been featured on local newscasts and hosts informative seminars featuring unique plants, planting techniques and other useful information. Warren tells that at one of their seminars he offered medium-sized tomatoes and invited participants to taste them. All liked the tomatoes but commented that the size was just average. Warren smiled and then asked, “How do you like my cherry tomatoes?” and then explained how to grow larger than average delicious cherry tomatoes. 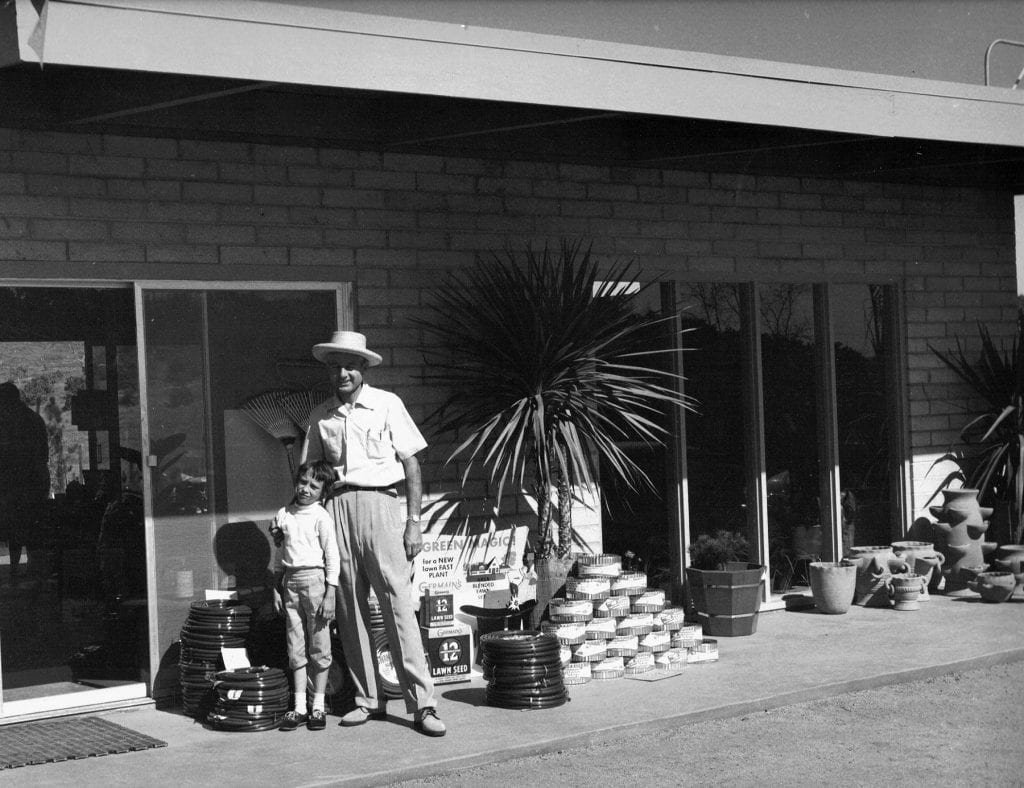 The early days of El Plantio Nursery, which first opened more than 50 years ago.

Bill Snapp recently recovered from heart surgery. He had been feeling something was different and was reminded that his father passed at age 66 from a heart condition. Bill visited his doctor and says, “I came in for an appointment and four days later I was recuperating from by-pass heart surgery.” Bill tells that upon meeting with his surgeon post-surgery the surgeon placed his hand on Bill’s chest and said, “lots of reconstruction”  and described the blockage and how Bill’s body changed or reconstructed – smaller vessels adapting to keep the heart functioning.

Like the plant that finds a way to continue to grow, life finds a way.

Or as nurseryman Bill says, “I was re-propagated.” The good news is that all is well!

Whether you’re a novice or experienced gardener, looking for ideas or expert advice or just to enjoy a walk in a park like setting – visit El Plantio.

At the storefront stands a majestic fig tree welcoming all who enter with outstretched branches. During the summer months, ripening figs peek out behind the verdant green foliage and birds abound.

There is even a tortoise run, home to Buddy, a California desert tortoise.

Three generations of experience are here to help make your gardening – a Snapp. 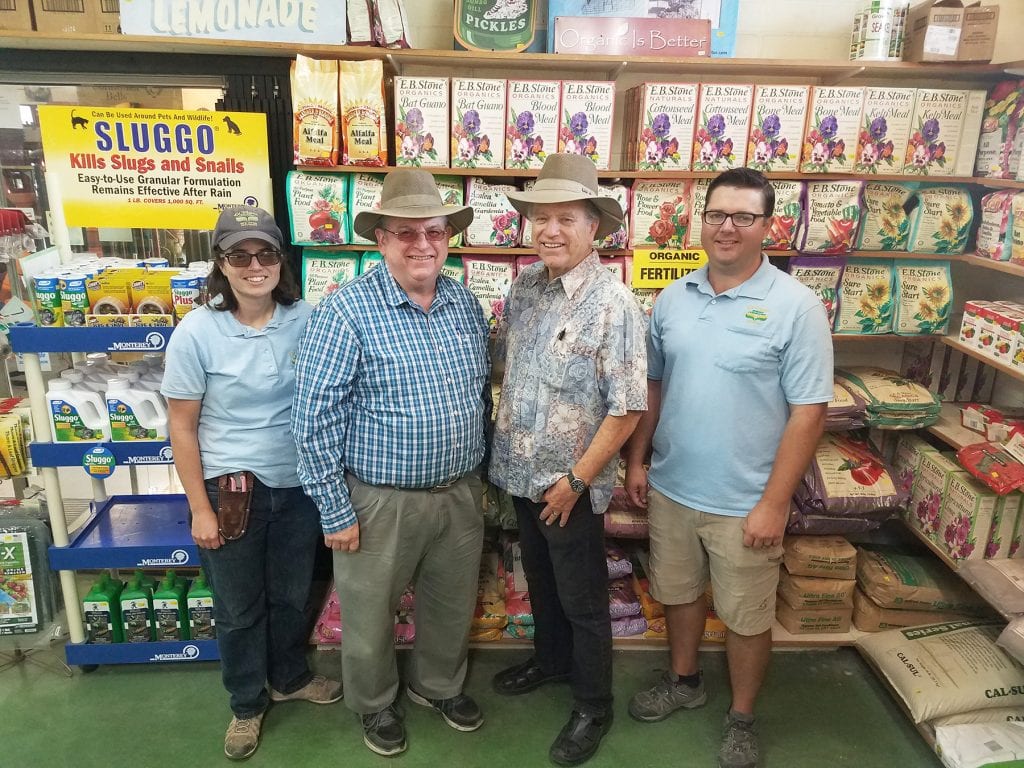