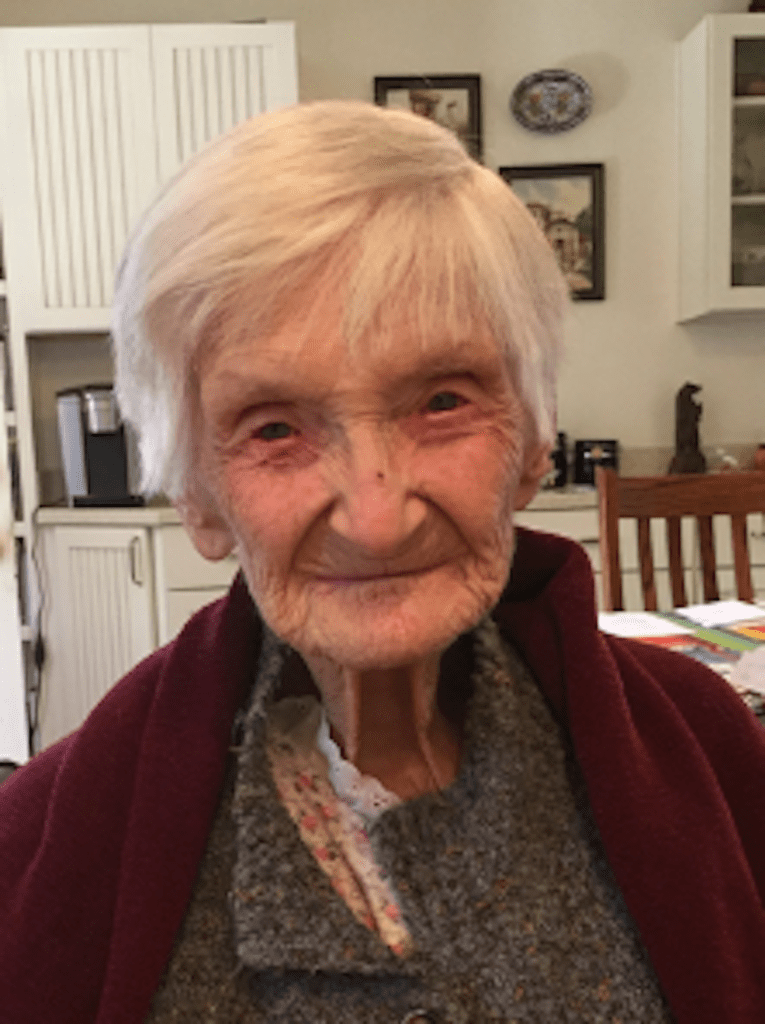 Mrs. Kausch was born in Detroit, Michigan, to Arthur & Elsa Schroeder on June 16, 1924. She married Robert Kausch on October 12, 1947, and they bore four children there, before moving to Poway, California, in October of 1960.

There they became established at newly formed Mt. Olive Lutheran Church, where she was active in the choir, taught Sunday School and Bible classes, was the treasurer for the Lutheran Women’s Missionary League for many years, and served wherever needed.

After a number of secretarial and administrative assistant jobs, she became a Superior Court Clerk for the County of San Diego, retiring at age 60. Mrs. Kausch began to find a new passion, as she started to travel abroad to many countries, beginning with Japan. In addition to overseas travel, she also visited Alaska to hold summer Vacation Bible Schools in small villages of indigenous people.

Mrs. Kausch will be remembered as a woman of faith, as well as a mother, grandmother, and great-grandmother who loved to be with family, and took great pleasure in church, music, art, and nature. She was loved by many and will be missed.

Donations may be made to Mt. Olive Lutheran Church, 14280 Poway Rd., Poway, CA, 92064, where plans are being made for a future memorial service.