Bell Gardens and the Bell behind the taco 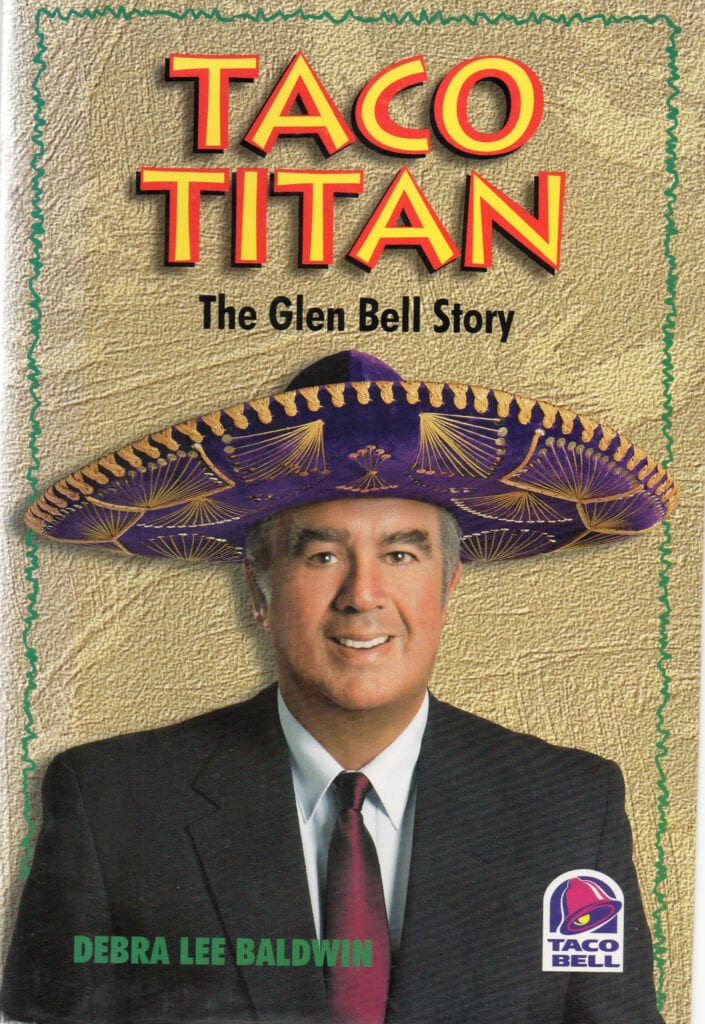 The sign on Cole Grade Road is freshly-painted, the grounds are well maintained, and pumpkins are ready to harvest.  But it’s been 17 years since the gates were shut on Bell Gardens, Valley Center’s onetime public attraction that attracted thousands of visitors each year, many of whom met the man behind the bell and the taco bearing his name:  Glen W. Bell, Jr.

Yet, tourists and locals alike continue to ask “whatever happened to Bell Gardens?”  It’s a rare week that the question is not asked by someone visiting, calling  or emailing the Valley Center History Museum.

The Valley Center Historical Society, which maintains an archive on the property, often called Bell Gardens an “agricultural theme park.” Developed in 1993, Bell Gardens was a 115-acre idyllic farm, educational resource, and picnic grounds where the public was invited, free of charge, to spend the day in one of the most unique environments in the country.

Bell Gardens was the retirement dream of Glen Bell, the founder of Taco Bell.  Visitors were invited to walk through Ghost Canyon, a walking trail set amidst aging gnarled oaks, take a ride aboard an open-air 80-passenger miniature train that circled the park and passed alongside a man-made lake, watch adobe bricks being made from red clay soil, walk through a 1,000 square foot maze set amidst a corn field, or simply enjoy the grounds of the rural landscape.

During the year, 64 different kinds of produce were grown on the property, much of it for sale at a farm stand.  Upwards of 50,000 school kids would visit the unique outdoor classroom to learn about agriculture and sustainable farming. In some years, overall attendance was estimated at 100,000.  Visitors would often encounter Bell himself, riding through the farm on his golf cart, seemingly enjoying the sights as much as the guests, even though he had been diagnosed with Parkinson’s disease. He was honored by the community one May when he was chosen Grand Marshal of the annual Valley Center Western Days parade.

The closed sign at Bell Gardens was posted in 2003 and Bell died in 2010 at age 86.  Inside the History Museum, a large mural is on exhibit as a permanent reminder of the onetime agricultural theme park. It was painted by Jimmy Boulos.

After Bell and his family moved to North County in 1974, he would frequently visit the Escondido Taco Bell which he said was his favorite.  It was owned by longtime friend and franchisee Robert St. John and his wife Diane who, as of 2017, owned 23 Taco Bell stores and maintain headquarters in Escondido.

For more information, contact the Valley Center History Museum by mail, email at museum@vchistory.org or by telephone at 760-749-2993.  The museum remains temporarily closed due to the pandemic, but a volunteer is on duty to respond to all inquiries.