Battlefield to be commemorated July 4 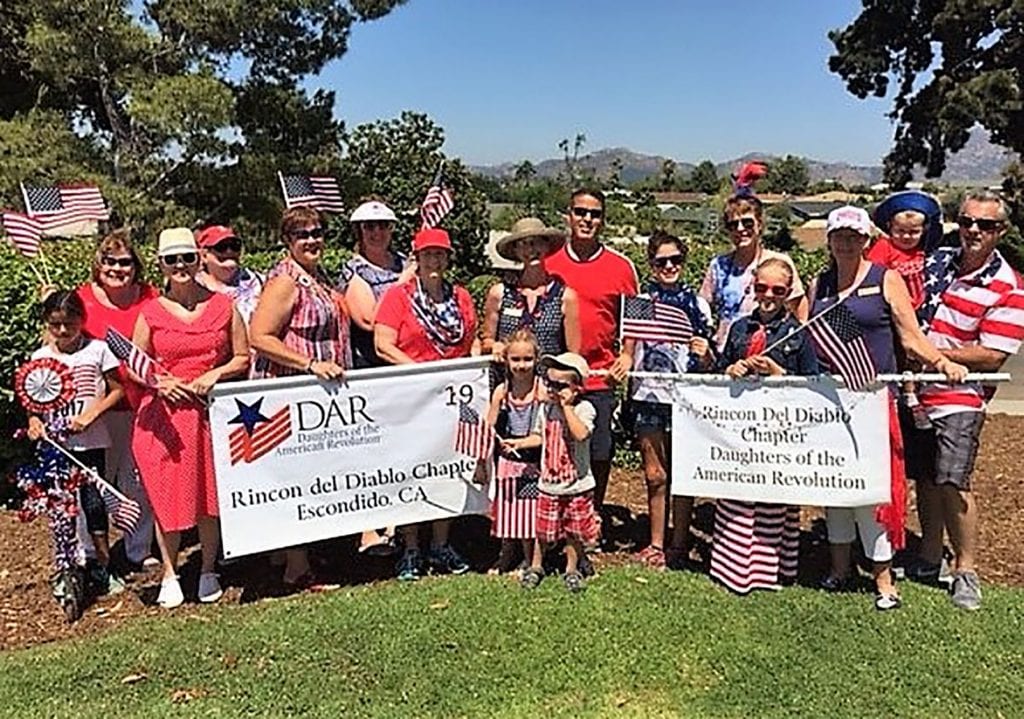 Local DAR Chapter Commemorates Independence Day in Rancho Bernardo and San Juan Pascual Battlefield Site in Escondido.
The National Society Daughters of the American Revolution Rincon del Diablo Chapter continues its mission of preserving history with education and patriotism at two summer events.
One commemorates the signing of the Declaration of Independence with community participation in the Rancho Bernardo Spirit of the 4th on Wednesday, July fourth. Chapter members will be available at the community fair in Webb Park from 9 a.m. until 2 p.m. with details on membership, educational resources and preservation projects before participating in the 3 p.m. parade.
On August 4, the local DAR Chapter will refurbish the historic marker denoting San Pasqual Battlefield where the bloodiest California battle occurred during the Mexican-American War in 1846. The chapter originally donated and dedicated the plaque and continues to educate visitors and preserve the marker’s beauty and function. Interested media representatives are welcome to cover the renovation from noon until 2 p.m. at 15808 San Pasqual Valley Rd. in Escondido.
The National Society Daughters of the American Revolution was founded in 1890 to promote historic preservation, education and patriotism. Its members are descended from the patriots who won American independence during the Revolutionary War. With nearly 185,000 members in approximately 3,000 chapters worldwide, DAR is one of the world’s largest and most active service organizations.
To learn more about the work of today’s DAR, visit www.DAR.org or connect with DAR on social media at facebook.com/TodaysDAR, twitter.com/TodaysDAR and youtube.com/TodaysDAR.
San Diego area residents interested in DAR membership may reach the Rincon del Diablo chapter via Facebook or online at www.rincondeldiablodar.com.