Still a bit of a secret, 33 years later ~ Review 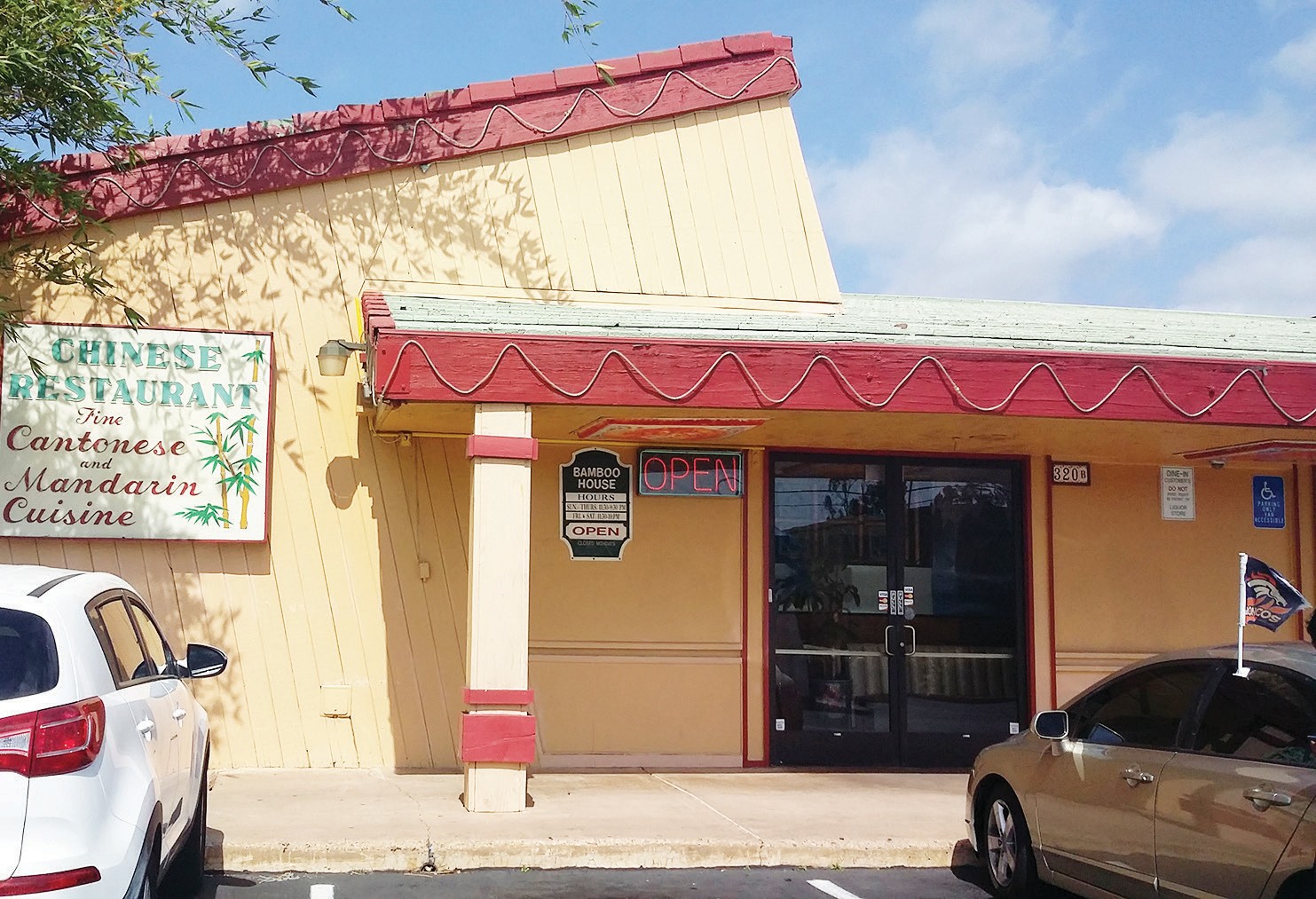 The Bamboo House is located at 320 N Midway Dr, Escondido.

Without advertising or the assistance of social media Bamboo House has quietly become one of the best Chinese restaurants in Escondido. Opened in 1983 and operated by the original owners for the last 33 years, Bamboo House is a hidden gem of Escondido. Situated on a small lot next to a liquor store on Midway Dr. between Valley Parkway and Grand Avenue, this quiet, casual, and personal restaurant serves a large menu of traditional Cantonese and mandarin cuisine in a warm and inviting atmosphere.

This writer’s experience while eating at Bamboo House was delicious and great. The meal started with a pot of tea for the table (careful, it’s very hot). Then came a bowl of crunchy fried egg noodles and a bowl of tangy sweet ketchup with a dollop of horseradish mustard that was strong (kind of the Chinese version of chips and salsa).

The main dish was a G.G. Chicken combo plate. I chose this to see how well they did a Chinese food staple. The 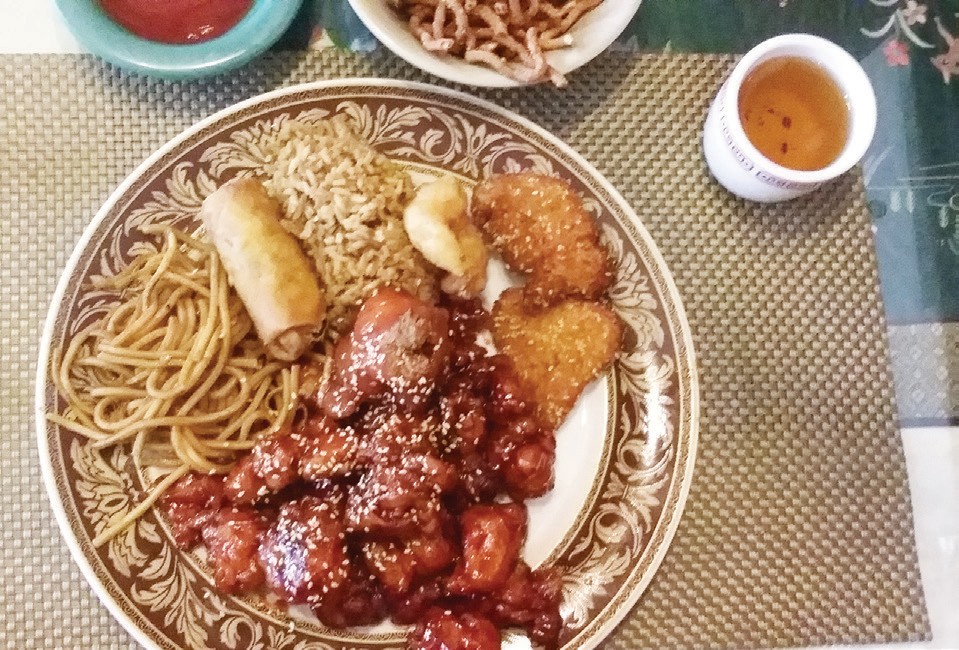 food arrived within 20 minutes on a single plate and was fresh. The flavors were rich without being overpowering. The egg roll was fresh and crisp, the rice was fried really well, and the soft noodles weren’t soggy (a problem I have had at other restaurants). The best part of the meal was the G.G. Chicken. The chicken was tangy, sweet, but still had a crunch to the breading. Due to the larger portion sizes I was unable to finish all of my meal.

The menu, at first glance, seems overwhelming but is well organized and easy to understand. Many of the dishes come in a variety of spice levels from mild (no heat) to hot.

There are two ways of ordering, items can be ordered as a combo with sides like rice or noodles or can be ordered al a carte for a more traditional Chinese dining experience. They prepare the popular Chinese dishes like bell pepper beef and orange chicken (listed as G.G. Chicken on the menu) 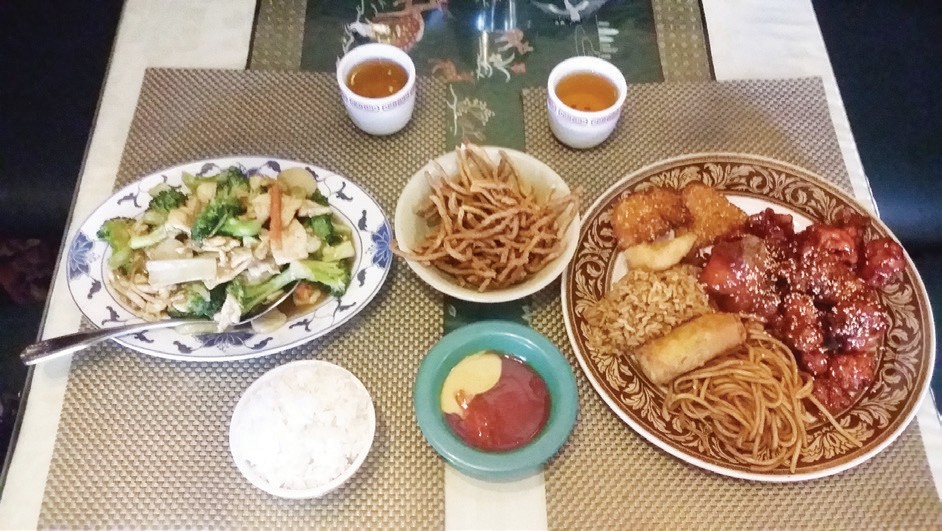 The combination plate at Bamboo House is the best choice for variety and price. Photos courtesy of Kyle Knight.

as well as the lesser-known dishes like egg plant Szechuan beef and Tinn Tong Chicken.

Most menu items can be prepared as either beef, chicken, or pork and they have a decent selection of seafood options including shrimp and salmon. Bamboo House also makes the best egg drop soup this writer has ever had the pleasure of enjoying. There is a kid’s menu and some American dishes available for the less adventurous. The prices are more than fair for the portion size and taste.

The best bang for your buck is the combination plate. There are several choices for the entree item and each combo comes with two shrimp (fried into a heart shape), sesame chicken breaded wings, an egg roll, fried rice, soft noodle, and a cup of the house soup (the egg drop soup) for $11.25. There are also several vegetarian options on the menu.

Bamboo House serves beer and wine on their menu as well. There is a selection of domestic beers as well as some Chinese 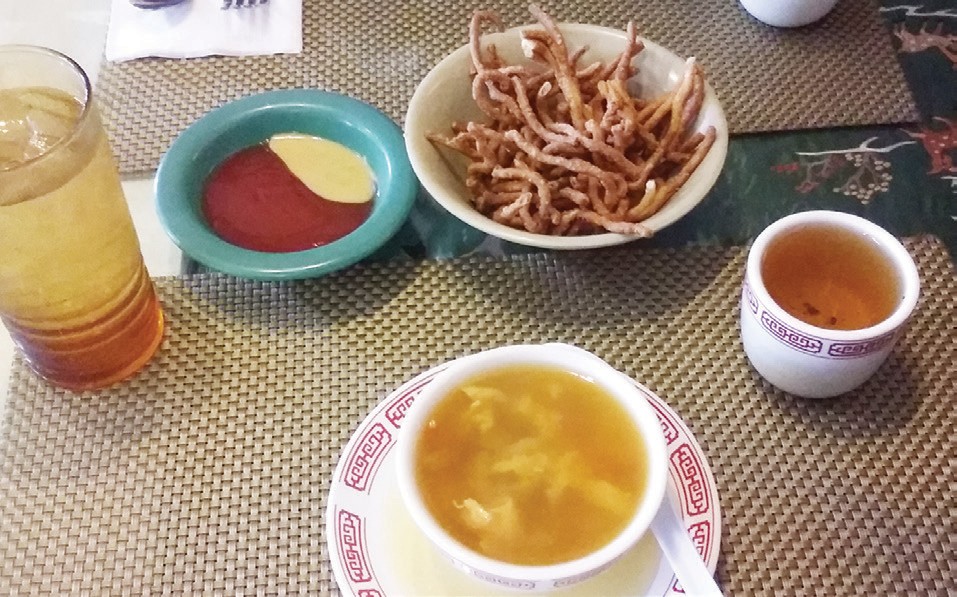 The egg drop soup was a favorite of the reviewer.

beers, all served in bottle, and a small selection of wine to choose from.

The Restaurant is decorated sparsely but in a way that affords each table a sense of privacy. There is even a large inlaid walled arbor in the center of the restaurant that allows those sitting in what would be an open space to feel as though they have the place to themselves. My favorite decoration is the two fish tanks near the entrance with gold fish so large they are probably original to the restaurant.

The staff of Bamboo House is kind and attentive without being overbearing. They are also knowledgeable about the menu and are willing to answer any question asked.

In this writer’s opinion Bamboo House is a great restaurant to find a wealth of delicious dishes showing traditional northern and southern Chinese cooking styles. With delicious food and great service in a warm setting it’s easy to see how Bamboo House has been able to feed locals for the past three decades, making it a hidden gem of Escondido.