Arts director keeps to his formula for success 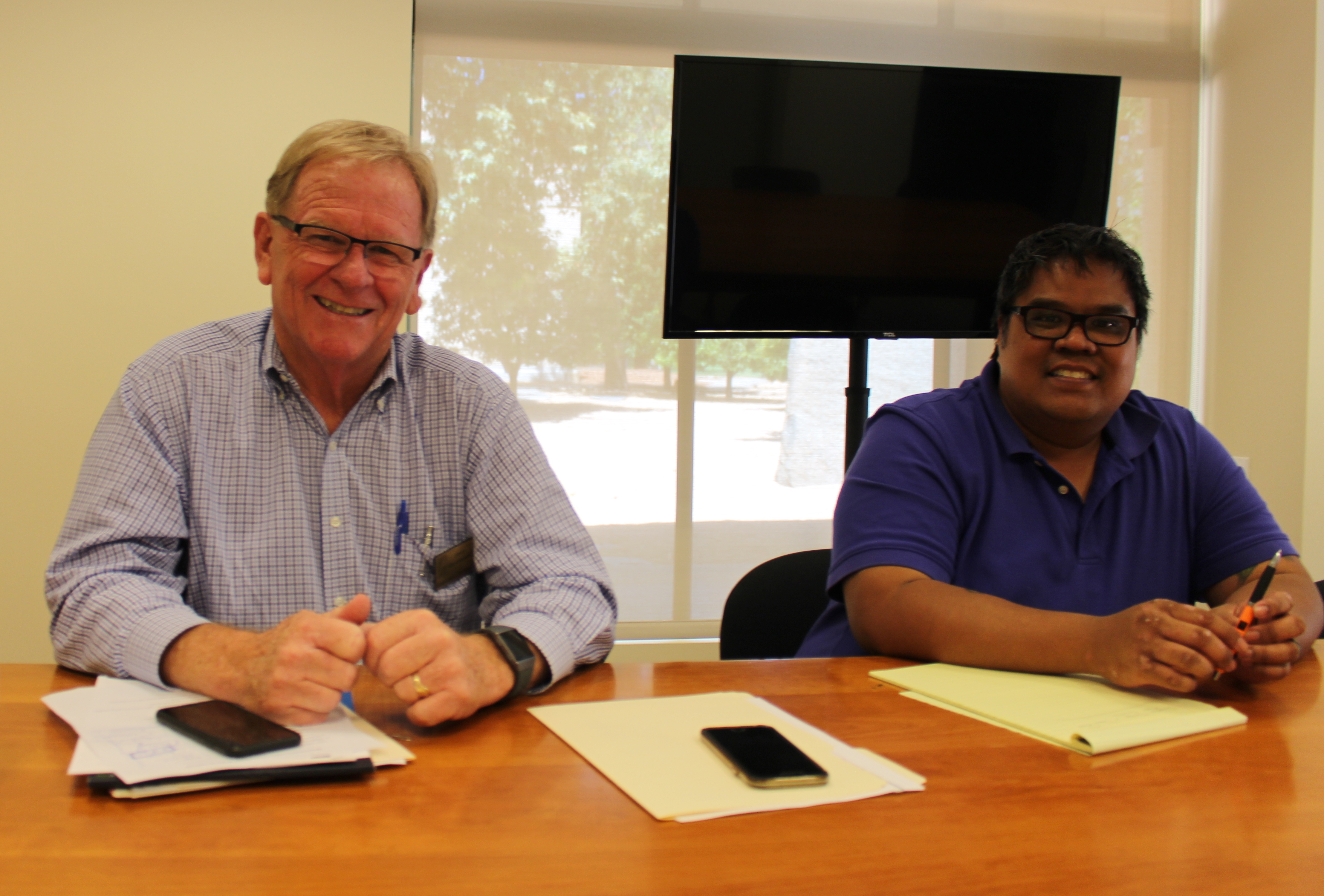 Jerry Van Leeuwen, who just finished his fifth year as executive director of the California Center for the Arts, Escondido, this week released the schedule for the 2018-2019 season at the Center, a schedule that is bigger than previous years (see the front page.)

“It’s a fun job, that’s for sure,” says Van Leeuwen. “It’s a lot of wonderful people who do it all. I just try to stay out of their way.”

This new season just about every week and weekend will have something to do at the Center or nearby at Grape Day Park.

At the top of the season is Itzhak Perlman, one of the greatest virtuoso violinists in the world. “To have someone of that reputation and skill on our stage is so exciting,” says the director, who knows whereof he speaks since Perlman has performed at the Center before.

The Center will continue with its strategy of offering more performers who will appeal to a Latin audience, such as Grammy and Latin Grammy Award winner Lila Downs, and Ballet Folklórico de México de Amalia Hernández.

“In May we found that the pop-rock sounds of Natalia Lafourcade was the first sell out of a Spanish-speaking artist,” he says. Which prompted the effort to get more such artists for the upcoming season.

Shows for all Tastes

There will be shows for all tastes during the upcoming season. Such as the Scottish International Tattoo and Music Parade, which will be happening a few weeks before the Scottish Highland Games Vista. It will feature a 55-member fife and drum team.

“One of the most popular performers we have had here are the Ten Tenors, who will be coming back this November. We got a big reaction to them when they were here before,” he says.

Van Leeuwen, who is always on the lookout for new talent, found We Banjo 3 (which actually has four members!) when he and his wife were visiting Seattle. “It’s really fun—lots of energy, mixing Irish with Bluegrass,” he says. “I’m very excited about that show.” That show will be in October.

The Center will continue with the Intimate Classics series at the Center theater, but it is abandoning the “crossover” artists that played classical pieces on non-traditional instruments.  “We tried that and our audience told us they prefer the traditional,” said Van Leeuwen. They will be bringing a string quartet, the Mesa-Yakushev Duo and a violinist.

Syncopated Ladies is another high energy group, tap dancers that have proven popular.

You won’t see artists like Eric Clapton at the Center because he can fill a huge arena with his fans, so he’s beyond Center’s pocket book. “But that doesn’t mean we don’t bring high quality shows,” says  Van Leeuwen. “Often the artists are performers who are just on the verge of becoming superstars, like Tina Guo a few weeks ago.”

This year the Center is offering more shows than the previous year, 32 compared to 29, with 34 planned for the following season, which will be the 25th anniversary season of the Center.

This year they will be publishing two separate brochures of coming shows. They did this because one brochure was increasingly irrelevant as the season wore on. Publishing two will make each brochure pertinent and provide more opportunities to provide advertisement for sponsors.

Levitt Series on the Green

Last year the Center was the recipient of a $25,000 Levitt grant, which will help to fund the Levitt series of concerts on the “Great Green” on Grape Day Park. The grant was made to “revitalize underutilized urban spaces.” The series will include ten weeks of free outdoor festival concerts on the green every Saturday from 4-7 p.m.  Patrons will be invited to bring law chairs to sit on.

The musical artists haven’t been announced yet.

The “Putting Down Roots” series will return this summer, beginning at July 6 and run every Friday night, 7-10 p.m. at the Lyric court. These concerts, which include jazz and other musical forms, are usually attended by between 250-400. “They are awesome events, with a lot of dancing,” says Van Leeuwen. “They are really fun and all family oriented.”

A brand new event beginning July 6 will be Food Truck Friday, which will include 5-6 food trucks, and will begin at 5 p.m. (before the “Putting Down Roots” concerts.) The trucks will switch out each week.

So this year you will have even less excuse to say, “I have nothing to do tonight,” as long as you are living in Escondido, the city whose entertainment charms are far from hidden.