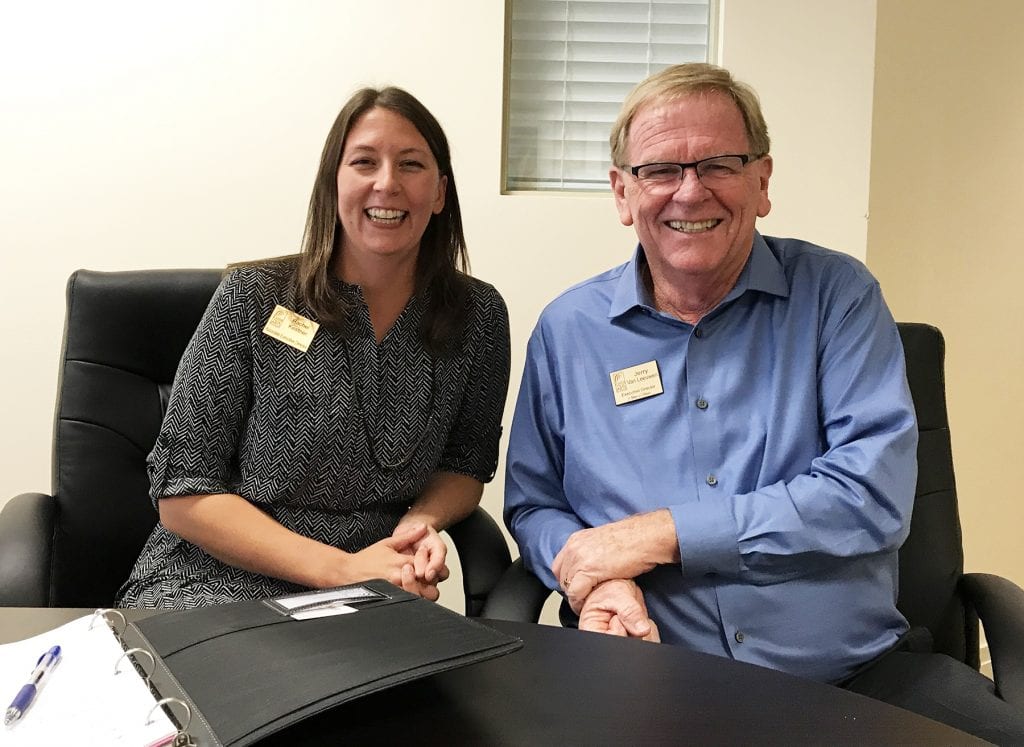 The staff of the California Center for the Arts, Escondido was preparing this week for its annual report to the city council at its October 24 meeting (which will have happened by the time you read this.)

At that meeting Executive Director Jerry Van Leeuwen, the Center’s board president, Cynthia Weir and staff were scheduled to present a video of the center’s progress. Assistant City Manager Jay Petrek was expected to present a recommendation for deferred maintenance expenditures for the Center, which is nearing its quarter century anniversary next year.

One of those staff members making the presentation will be the relatively new associate executive director of the Center, Rachel Kestner, a recent transplant to California from the land of the eternal winter (aka New England.) Kestner was chosen for her position earlier this year after a lot of candidates applied for the position and were interviewed.

“She gave a phenomenal interview,” said Executive Director Jerry Van Leeuwen. “One thing that stood out was that while she takes her work seriously she doesn’t take herself seriously. That gives her an edge in dealing with creative people.”

She is strong in setting up systems such as developing policy and procedures. That is not one of Van Leeuwen’s strengths, who is more of a people person. But it complements his strengths.

“I appreciate her for that,” he told The Times-Advocate. It appears that he is the visionary and she is the integrator of the team.

He was also impressed to learn that when Kestner finished her MBA two years ago she was selected by her peers to give the class graduation speech at San Diego State University. “That was impressive, and she had a very strong resume,” he said.

She says that as soon as she read about the position she decided to make every effort to make it hers.  Kestner was born in Upper New York and had lived in Boston for 13 years with her husband, an attorney. She had been working for a number of non-profits since obtaining her bachelor’s degree. “Four winters ago was an epic winter in Boston,” she recalls. “My husband was on the roof smashing ice when someone called and suggested that we move to California.”

She and her husband moved to Southern California and she studied to get an MBA at SDSU. After a few years in San Diego County, and after she obtained her MBA she decided to look for a job where she could cement herself in a local community. She saw the notice for the associate executive director’s position and decided that it hit all of her buttons: fund raising, construction projects, marketing, education, publicity and more, such that she declared to herself: “ ‘This is my job. Everything I want to do is in this one job.’ I took great care answering the questionnaire. Right away I felt like I had hit it out of the park.”

She had never been to Escondido before. She and her husband drove here and took the tour of the Center.  “It seemed like my dream job, combining theater, education, figuring out how to make things more efficient and reaching more people,” she recalls.