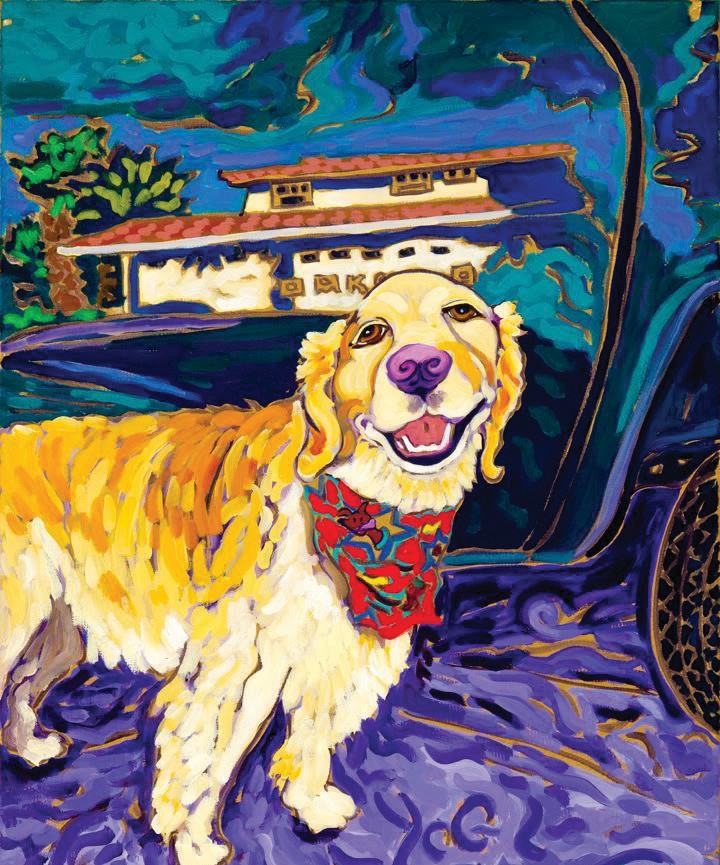 A local Escondido artist will be hosting a charity event from 10 a.m. to 4 p.m. on Dec. 5 and 6 to help raise funds for local animals in need.

Cathy Carey, of Escondido, will be hosting an art studio and garden tour in continued support of the Southern California Golden Retriever Rescue. Suggested donations start at $10, and Carey will match $5 for every dona­tion made. Carey performs this event ever first week of December.

The event will include a tour around a garden filled with drought-tolerant succulents overlooking Lake hodges and surrounding areas.

The focal point of the garden is Carey’s Glass House studio, which will transformed into a golden re­triever boutique selling golden-themed items and pictures with Santa Atticus, a rescued golden from the SCGRR.

“I love animals. Through knowing my dogs I came to realize and believe that all animals have the same feelings and moods as we do. They are soul spir­its in different bodies,” Carey wrote in a press release.

Carey’s style is described as a blend of impressionist brush strokes, vivid color and symbolic imagery. Her cur­rent series is of wildlife, including owls, quail, coyotes and foxes.

The Southern California Golden Re­triever Rescue is the third largest rescue in the United States.

“Our mission is to find loving, life­time homes for all of our Goldens in need, regardless of conditions or cir­cumstances. We will always strive to heal the sick and injured, rehabilitate the neglected and abused and nurture the aged and unwanted until we find the perfect family who shower them with unconditional love,” the Rescue wrote in a press release.

According to a press release, Cathy Carey is the proud mom to one of the rescued golden retrievers, Kira. She also has Golden Yogi and Sonny a Cocker Spaniel she rescued from the desert.

She is also an award winning Escon­dido artist, who was born in Washing­ton, DC. and educated at the Corcoran School of Art in Washington DC. She received a BFA in Painting and Print­making from Virginia Commonwealth University in Richmond, Virginia. Cathy has won numerous awards and her paintings are in many private col­lections including Larry Page of Google and J. Craig Venter of the Venter Insti­tute in La Jolla, the press release says.