Arrest made in kidnapping attempt in Escondido 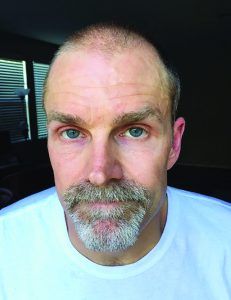 An arrest was made last week in an alleged attempted kidnapping. Escondido police arrested 46-year old San Marcos resident Spicer Conant in connection with a series of incidents that stretch back almost a year.

The story begins nearly a year ago, on May 9 2016, at about 1 p.m., when a 15-year-old girl was walking in the area of Washington Ave/Fig St. She was approached by a 40-50-year-old white man in a red convertible, who asked her for directions. When she refused, he offered her money to get in the car but she again refused and walked away.

On the same day at about 1:45 p.m., a 16-year-old girl was approached in the same manner, asking for directions.  She was offered $10 to get in the car, and she did.  The male drove the minor around for several minutes before dropping her off.  A witness observed this incident and took photos of the vehicle with the minor seated inside.  Both of these incidents were reported to police.

On Wednesday, March 15, in the morning an 11-year-old girl was walking to Mission Middle School when she was approached by an older white man in a red car asking her for directions.  She ignored the man and continued on to school.  Police were later notified of the incident.

On Monday, March 20, at about 8:15 a.m., a 27-year-old woman was walking in the area of Broadway & El Norte Parkway when she was approached by the same man in the same car, now described as a red Mazda Miata.  He asked her for directions, which she gave him, but he then asked her to get in his car. She refused several times, but he persisted.  The victim then took out her cell phone to take his photo and he sped away.  Police were notified of this incident. 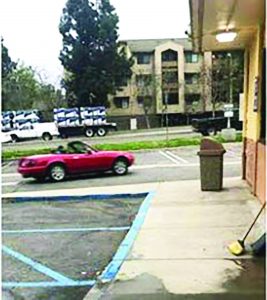 At this time, detectives in the Family Protection Unit reopened the case from 2016 and began a new investigation.  On Tuesday morning, March 21, at about 6:30 a.m. detectives began a surveillance of  Conant.  They followed him into Escondido where over the space of about 90 minutes he attempted to get five different females into his car, all in the general area of Mission Ave/Broadway.  Their ages were 14, 15, 16, 16, and 18.  The last female, the 18-year-old, got into the car.

Officers immediately feared for her safety and made an enforcement stop on the car, taking  Conant into custody without further incident in the area of 13th Ave/Escondido Blvd.  A search of his vehicle revealed an illegal assault rifle.

Conant was booked for PC 220-207(a) – Attempted Kidnapping, Felony Possession of an Illegal Assault Rifle and other charges may be pending.