Arnie and Vinnie: Icons in every sense of the word 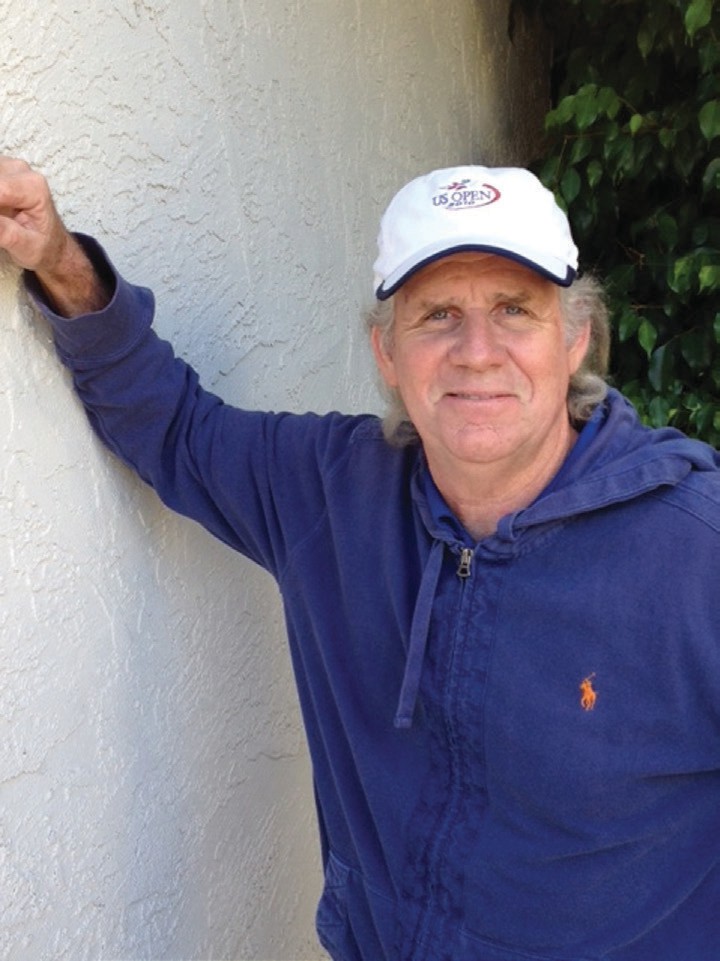 Whenever men that I have long admired, respected and yes revered, vacate the scene, I truly feel a sense of loss and wistfulness.

It makes no matter that I may never have met them personally. Through their actions, deeds and winning personalities, they created within me a feeling that I knew them intimately. They became trusted friends that I looked up to and relied on. They were constants that inspired, entertained, and in so many regards, never failed you.

That’s why it feels as if I’ve taken a blow to the gut to realize that golfing great Arnold Palmer and sports broadcasting titan Vin Scully have said their goodbyes, though in much different ways.

On September 25, everyman’s hero Palmer succumbed and passed away. When I heard the news, though I was aware that he’d been ailing, it still left me stunned and in disbelief. And just a week later, play-by-play guru Scully got behind a Los Angeles Dodger microphone for the final time, bidding adieu to a career not only amazing in its duration but in its continued brilliance at such an advanced age (88).

Palmer and Scully, it just doesn’t get any better than that. Really, how could it! And when they took their leave, it felt as if a dear family member had been lost to me forever. A world without those two remarkable men suddenly became incredibly smaller and decidedly less interesting. Not having them around was a prospect that I had desperately hoped to avoid.

As it has been stated and articulated many times before, Arnold Palmer wasn’t the game of golf’s greatest player but he was its most defining figure and captivating ambassador. And with the help of increased television coverage, it was Arnie who brought the game to the masses with his relatable manner, undeniable charisma and go-for-broke style. Before Palmer, golf had a somewhat limited appeal but once he burst onto the scene, its growth took off and exploded. Suddenly, a game that seemed destined for just a few was being embraced by a wide swath of the American public. And it was Arnie who was at the heart of that vast expansion.

How could you not love the manner in which Palmer could transform any course into a veritable stage where dramatics often prevailed? Most of it was of a dynamically positive nature but some of it could be downright heartbreaking. You see, Arnie only knew one way and that was to go all out, to give the fans what they craved for in terms of excitement and thrills. He was never comfortable throttling back because that wasn’t in his mindset and Palmer had to be Palmer, no matter what the consequences. Had he been more judicious or cautious, he would have avoided a stunning calamity or two such as the time he played too aggressively in the 1966 U.S. Open and blew a seven-stroke back-nine lead at the Olympic Club in San Francisco.

Palmer also once doubled bogeyed the 18th at Augusta that cost him what would have been another Masters crown. And thrice he fell in 18-hole U.S. Open playoffs. These near-misses were agonizing for both the player and his legion of fans better known as “Arnie’s Army.”

But they were more than counterbalanced by his incredible highs; four Masters titles, a one-for-the-ages U.S. Open win at Cherry Hills when he stormed back from well behind by shooting a final round 65, and his two British Open Championships that helped make that venerable event truly relevant again.

And add in the fact that Palmer captured 62 PGA Tour events and it’s no wonder that he achieved all-time great status. But what truly put Palmer over the top in the American consciousness was the manner in which he treated others and gave back to the multitude of fans he encountered. Tireless in handing out autographs and interacting with those who crossed his path, Palmer had the patience of Job and the thoughtfulness of a saint. Coming from a somewhat humble beginning himself, Arnie reveled in his man-of-the-people persona because at his very core, that defined him to a tee, with no pun intended.

Golf but more so the world is diminished by his absence. A golf course designer of renown, an accomplished pilot and a philanthropist whose largesse was enormous, Palmer was in many ways larger than life. The image of him as a dashing, athletic, good-looking swashbuckler who could grip and rip it will be forever seared into the minds of those who saw him during his halcyon years.

Sadly, Arnold Palmer is gone and I ache at the reality of his death.

Fortuitously, Vin Scully is still very much with us but with his leaving the Dodgers after 67 years of incomparable service, a deep feeling of loss is nonetheless felt because he’ll no longer be there to turn to and enrapture us.

With his immaculately modulated voice and capacity for masterful storytelling, he became poet-like in the manner in which he would describe what was transpiring on the field below him. And just like the way television and Palmer were made for each other, the transistor and Scully possessed an equally symbiotic relationship. Whenever you attended a Dodger game, countless fans would have their radios pressed up against their ears, anxiously anticipating Scully’s next insight, witticism, remembrance or pearl of wisdom. With Scully as the author, baseball broadcasts came alive and the images that he so beautifully expressed triggered your imagination to the point where you actually felt as if you were there to see it all, despite the fact you were nowhere near.

And what a sheer delight it was as a kid to hunker down in your bed with the covers pulled tightly over your head and listen to Scully regal you like no other, all the while your parents thinking you had long since gone to sleep. One of my fondest memories as a youngster was staying up well into the night to hear Vinnie rhapsodize about the marvelous caliber of play being displayed between the Dodgers and my beloved Cincinnati Reds in a taut extra-inning game. The Reds finally won it on a walk-off hit in the 12th and I’ll never forget Scully’s energetic call and his admirable impartiality when the decisive blow was struck. At that moment, I was in sheer heaven. Not only had the Reds had been victorious but it had been the incomparable and mesmerizing Scully who had related the dramatic moment. I then lay in bed for the longest time simply basking in the pure joy that Scully had helped me experience.

Scully created a connection with his audience like very few have or ever will. He was a steady influence in your life, someone who could lift you emotionally no matter what your circumstances. Listening to Vinnie was like turning to an old friend who never let you down and made you feel all the better for having spent a few minutes, a couple of innings or an entire game with him as your companion. He was like a rock that was always there to lean on. Oh Lord, where do I go now to find such a source of comfort and reassurance?

Above all else, Scully was a class act, ever humble and never comfortable when people attempted to laud or celebrate him. He treated his fellow human beings with genuine civility and respect. Ross Porter, a longtime Dodger announcer himself, recently said he had never met anyone who had an unkind thing to say about Vin. Hard as it may be to believe, Scully the person surpassed Scully the unparalleled announcer.

I made it a point to listen to parts of Vinnie’s last broadcast that featured a game pitting the Dodgers and the host San Francisco Giants. Still enthused, thoroughly engaged and very much the consummate professional, Scully showed no signs of having lost his fastball. He was continuing to bring it, just as he had since the early 1950s. A man very near 90 proving that age hadn’t diminished his sublime talent.

When Scully did eventually take his leave, he left us with a thought worthy of consideration. Referring to not only his departure but life in general, he said, and I’m paraphrasing a bit here; “Don’t be sad that it’s over, just smile that it happened.” While I do understand the sentiment and the meaning behind that statement, when comes to Scully, I’m not sure I can embrace it. Because damn Vinnie, I’m downhearted and crushed that I can no longer reach out to you. When you lose touch with a cherished friend, it hollows you out deep inside.

Arnie and Vinnie, Palmer and Scully, two giants whose like we will never see again. As I write these words and come to that painful realization, tears of appreciation are streaming down my face. There is no way I can adequately express the full impact that these two incredible human beings had on me and a multitude of others. The legacy they leave will last forever and a day.

So Arnie, please rest in peace and thank you for being the embodiment of what an athlete should always aspire to be, a great competitor while never losing the common touch. And Vinnie, I’m in your debt for being that reliable staple that I could always count on.

So long, and Godspeed my treasured friends. I can’t begin to remotely express how profoundly I will miss you.

One response to “Arnie and Vinnie: Icons in every sense of the word”