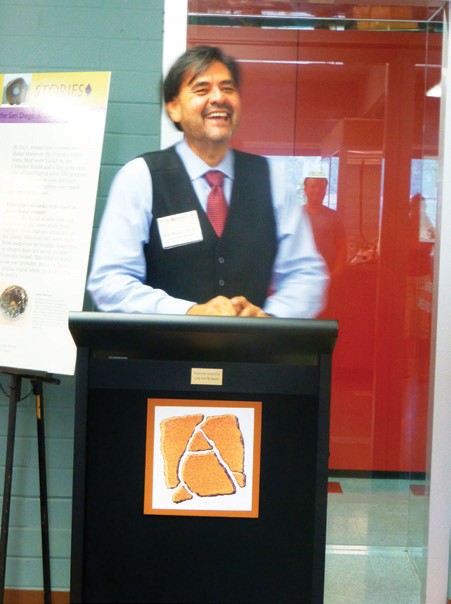 Ad Munoz, who put together the exhibit, talking at the recent reception held when the exhibit opened. He pro­vided background on the exhibit and thanked the people and organi­zations that made the exhibit possible.

Munoz said, “The goal of the exhibit was two-fold to tell the story of events that unfolded in this part of Point Loma- Ballast Point and to cre­ate dialogue between the individuals associated with the excavations and the archaeological collection.”

He continued, “It became apparent from the beginning that our challenge in telling 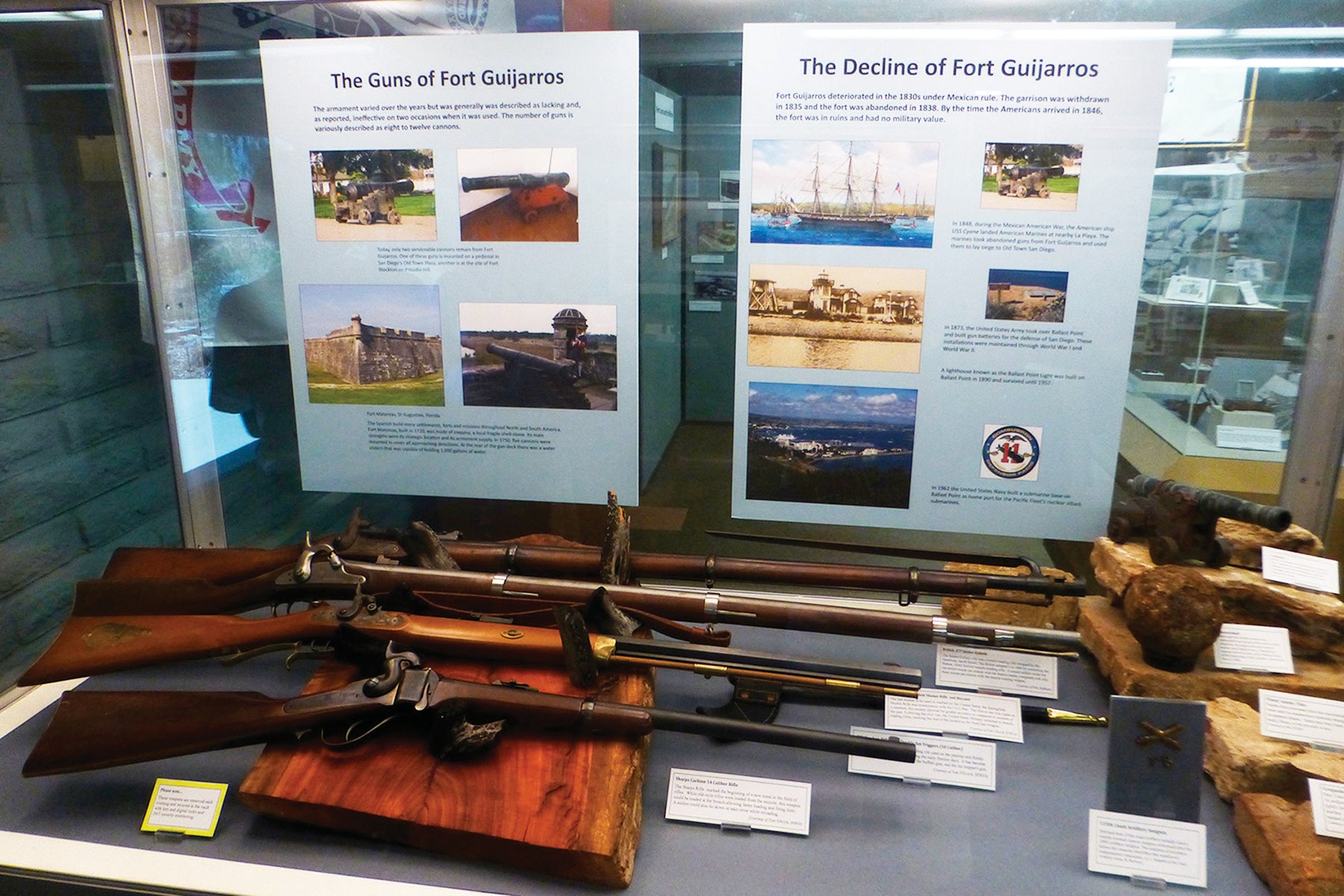 Fort Guijarros picture and gun from the exhibit are shown.

the story would be problem­atic, due to the nature of the years spent excavating various areas on Ballast Point and the numerous artifacts recov­ered, and their very poor preservation.”

Eventually, it became a story that in­volved three interconnected tales: the people excavating the site, the original foundations of the fort, the layers of the whaling period discovered above the fort, and the uppermost layers that held the artifacts that tell the tale of military occupation in this part of San Diego.

People become the focus of the story.

Munoz said, “The artifacts that we chose for each part of the story are meant to specifically reflect an impor­tant function or use by someone dur­ing a specific period or event. The exhibit was also created to bring back the memories of the those associated with recovering the artifacts. People give meaning to events. The artifacts 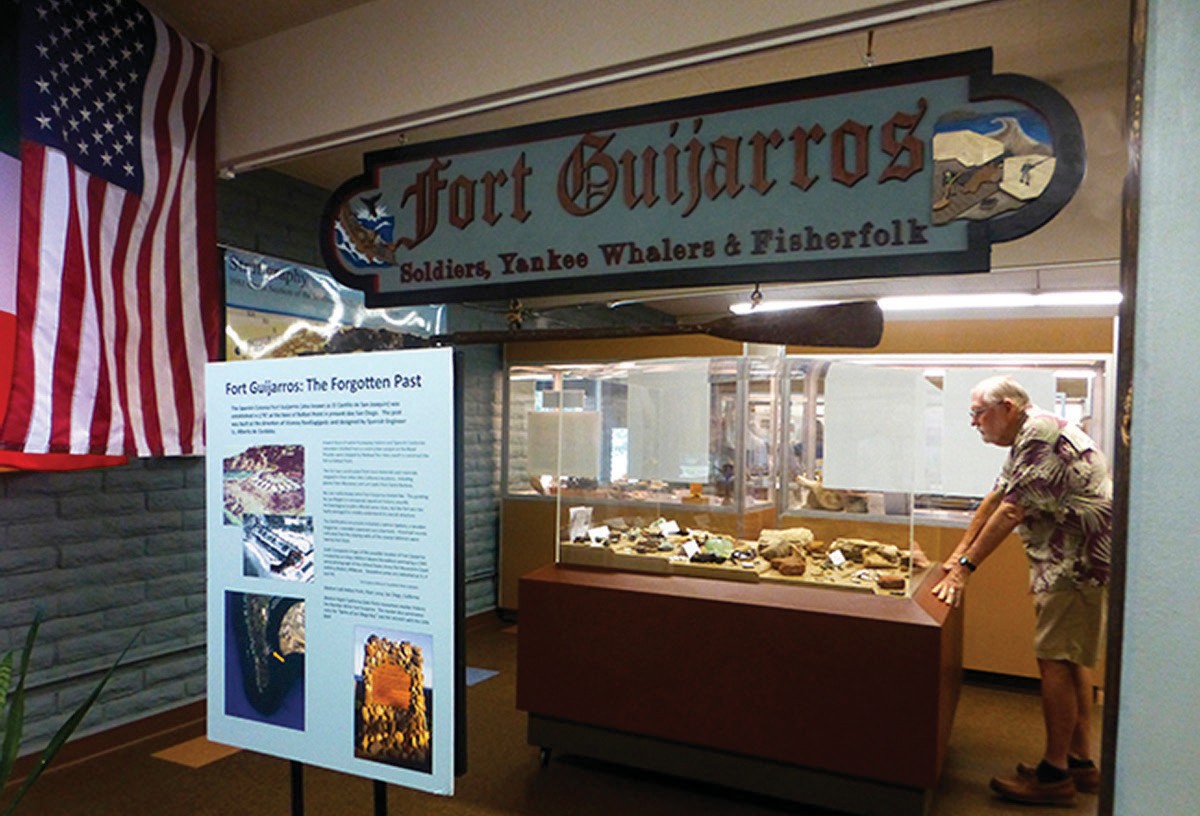 Entry to the new exhibit on Fort Guijarros.

become the vessel that connects mean­ing, events, and the people.”

He added, “The exhibit was the result of collaboration. First between myself and my team, Cindy Stankowski, Su­sanne Moramarco, Russell Silberberg­er, and Victor Herrera and many Cen­ter volunteers and interns who gave us their time over the last year.

The SDAC has curated the Fort Guijarros archaeological collection, owned by NAVFAC over the last sev­eral years. With permission from Andy Yatsko, chief archaeologist for the De­partment of the Navy, Southwest Divi­sion, the exhibit became a reality.

Munoz also credited Ron May and his role as chief archaeologist during the many years of excavations at Bal­last Point. “Today, Ron’s records and photographs of the excavation are ar­chived at the Fort Guijarros Museum Foundation at SDSU,” said Munoz. 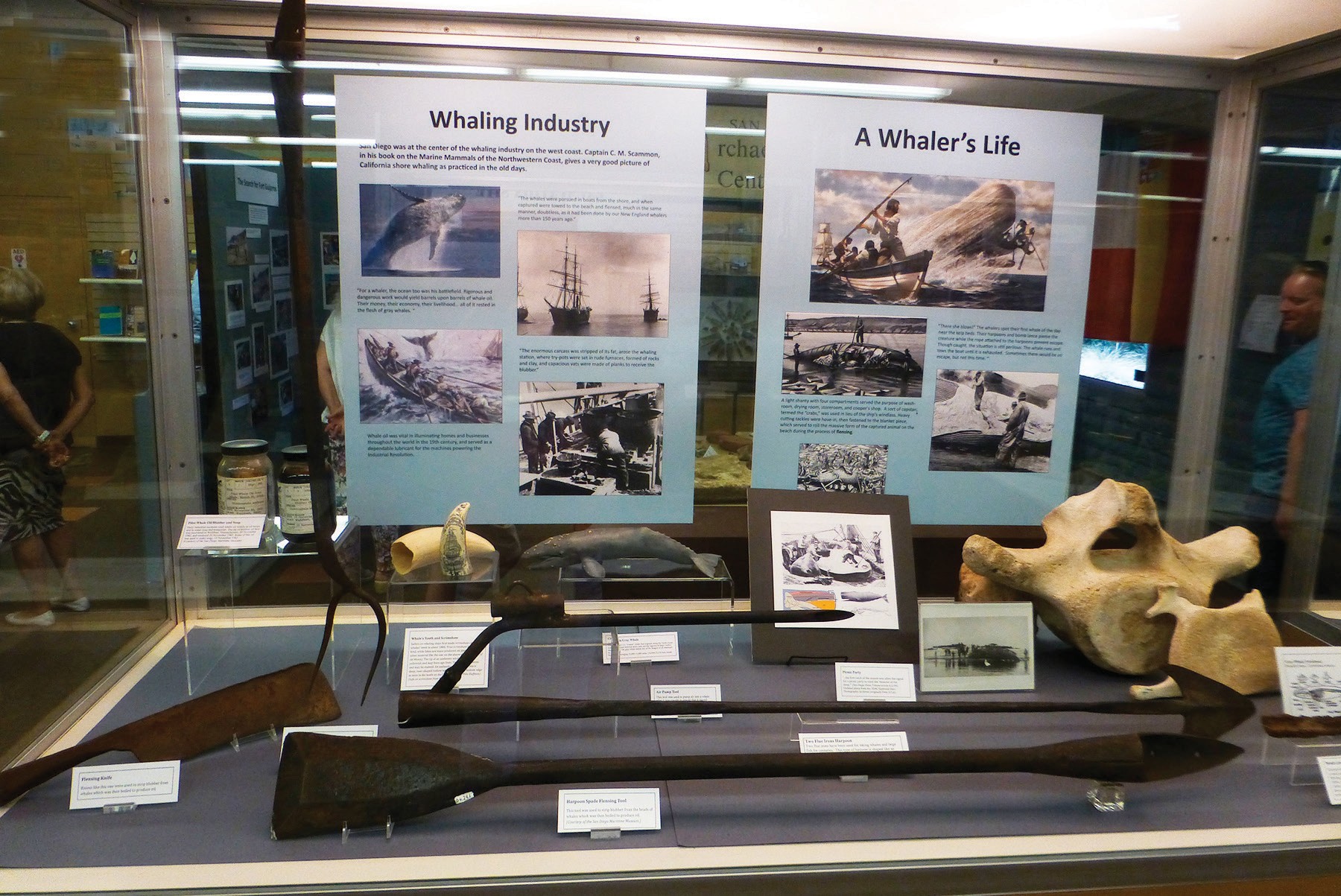 A case of artifacts from the whaling industry. San Diego supported a strong community of whalers in the heyday of that era.

Built in 1796, Fort Guijarros was built to guard the entrance to San Di­ego Bay. Occupied by the Spanish, Mexican and eventually United States military, the fort played a key role in the early history of San Diego. The installation was excavated in 1981 to 1995, revealing thousands of artifacts documenting the lives of people who lived there.