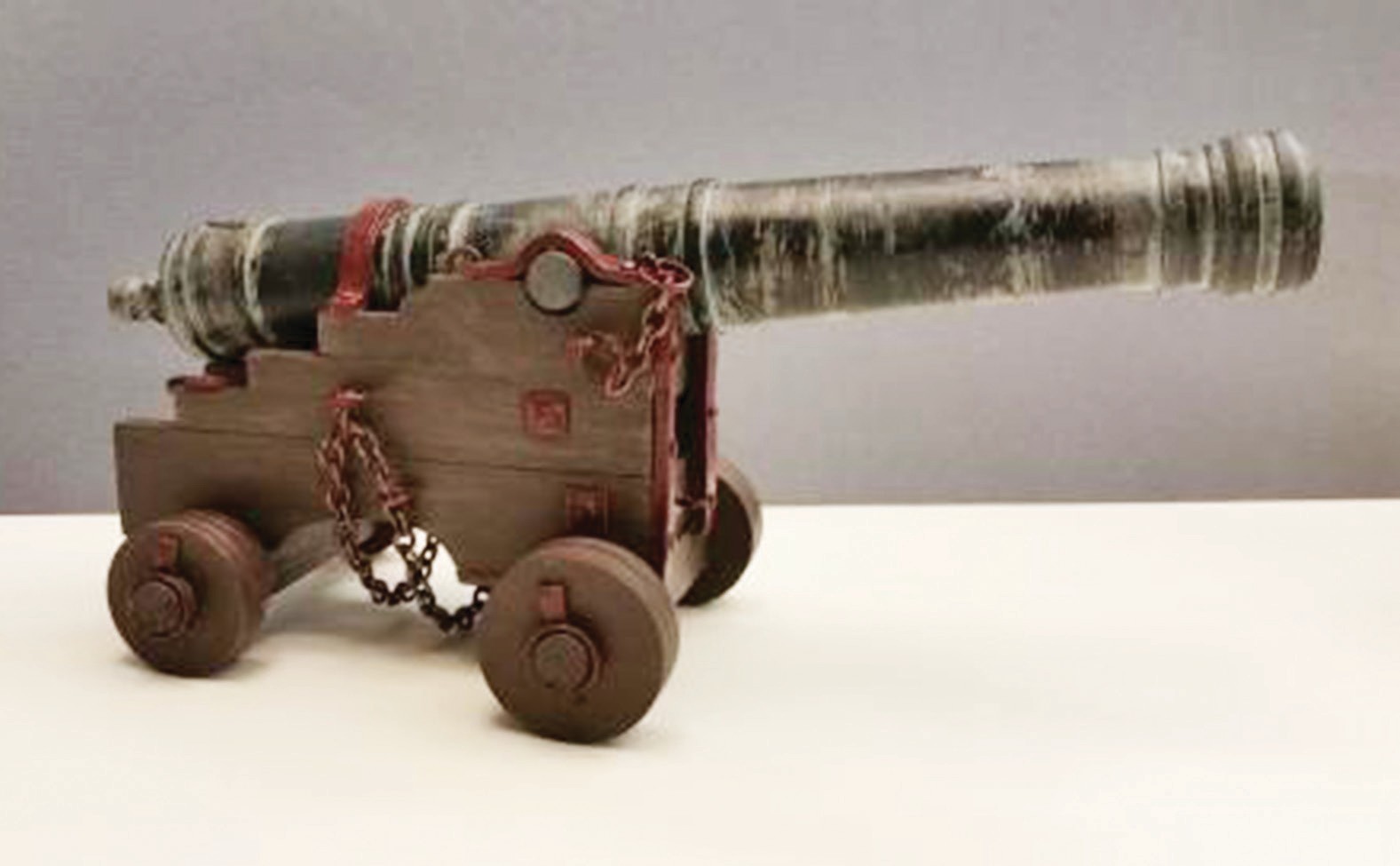 A replica of a cannon that once protected San Diego harbor from attack at Fort Guijarros.

Over the weekend the San Diego Ar­chaeological Center in the San Pasqual Valley opened an exhibit on San Diego’s Fort Guijarros. The exhibit is entitled: Fort Guijarros: soldiers, Yankee whalers and fisherfolk

While the history of the Presidio of San Diego is well known, Fort Guijar­ros’s past has been reduced to an ephem­eral tale. Built in 1796, Fort Guijarros was built to guard the entrance to San Diego Bay. Occupied by the Spanish, Mexican and eventually United States military, the fort played a key role in the early history of San Diego. The instal­lation was excavated in 1981 to 1995, revealing thousands of artifacts docu­menting the lives of people who lived there.

Curated by Dr. Ad Muniz, this ex­hibit incorporates history, archaeology, historic documents and artifacts. Visi­tors are taken on a journey into the past. Highlighted are the contemporary mili­tary occupation of San Diego, San Di­ego’s Whaling Past, and Fort Guijarros.

The Mission of The San Diego Ar­chaeological Center is to preserve ar­chaeological collections and promote their educational, scientific and cultural use to benefit a diverse public.