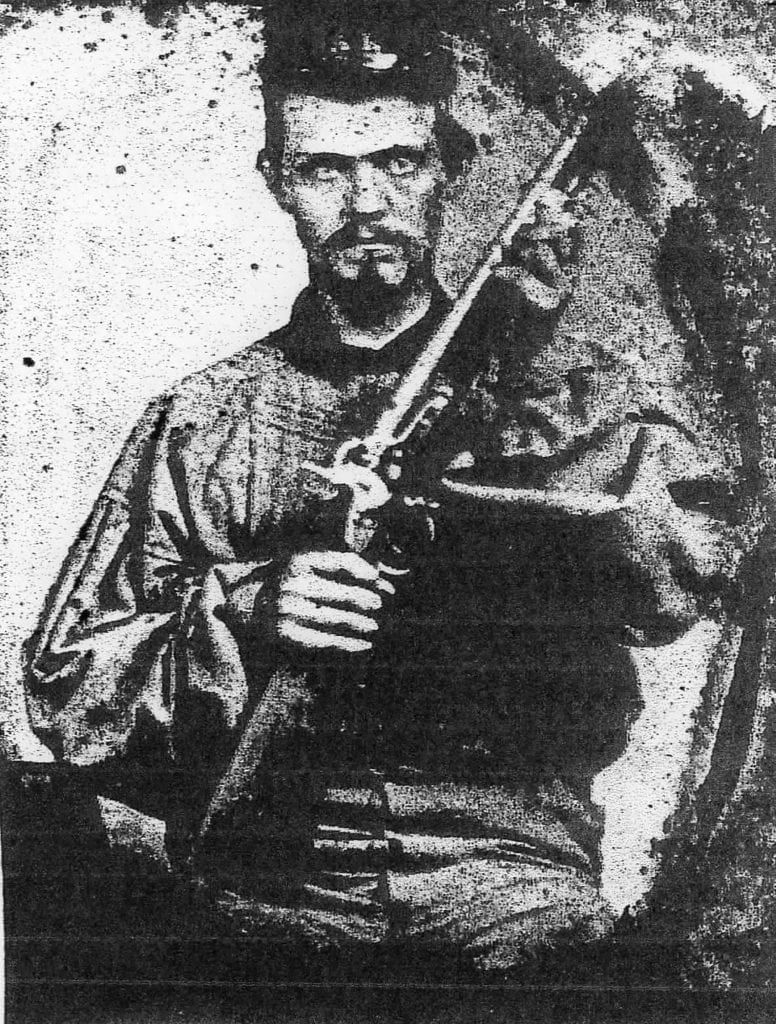 Veteran Alonso Smith Westmoreland, in a photo taken during the Civil War, lived in Valley Center until his death in 1917. Note: This is not the veteran whose grave was recently identified in the VC Cemetery. There is no known photo of that veteran.

The Valley Center History Museum, which has a major and popular permanent exhibition on local veterans, has added one more name to its display of Civil War soldiers who lived in Valley Center and is buried in the local cemetery.

With the addition of William C. Ball, the roster has grown to 13.  The recent discovery of Ball was made during research conducted by the Valley Center chapter of the Daughters of the American Revolution and shared with the History Museum.

Ball, who died in 1899, is one of two former local residents who fought for the Confederate Army.  All others were part of the Union Army.  Ball and seven others are buried at Valley Center Cemetery; the remaining five were buried elsewhere.

The museum exhibit, which features multiple photos, memorabilia and mementos, is popular year-round, and draws larger crowds during military observances and holidays.