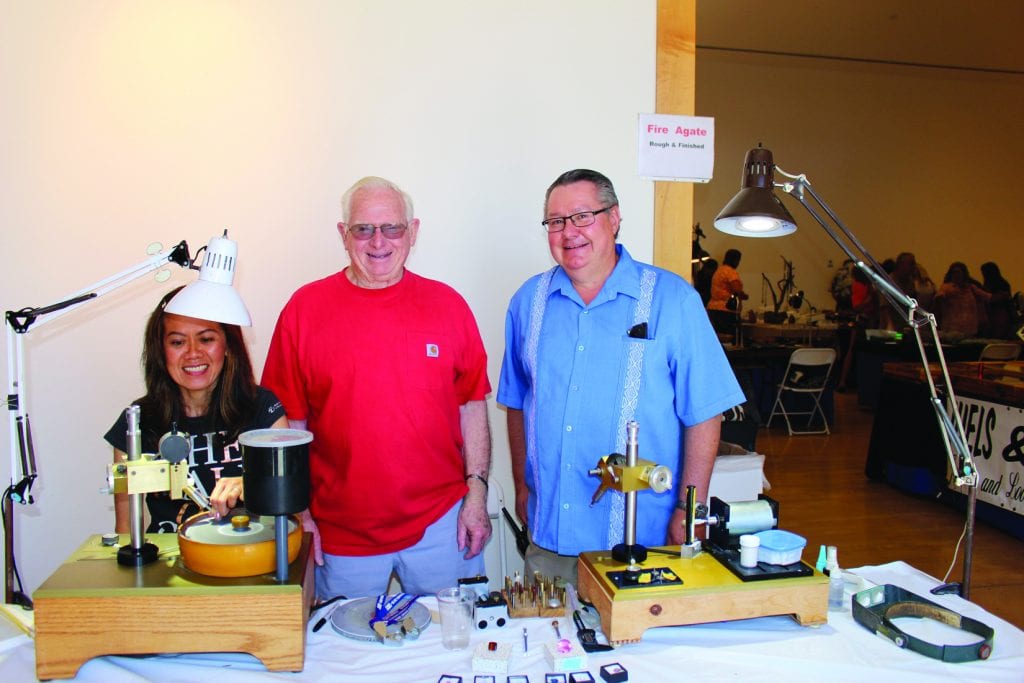 Archie J. Kuehn, of the Escondido Gem & Mineral Society (right) was this year’s chairman of the annual Gem show that happened over the weekend at the California Center for the Arts, Escondido, where it has been for the last four years. Shown with him are Bob Johnson and May Praditjusin. Johnson is the club’s faceting instructor. People come from all over to take his course. Praditjusin is taking one of his faceting classes. 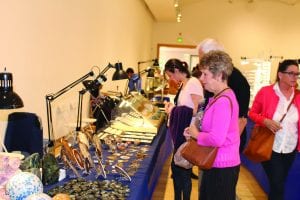 You could attend the gem show with a dollar or two in your pocket and buy something. On the other hand, some items cost thousands of dollars.

About 32 vendors attracted about 1,200-1,500 guests, which included one very well-known guest. Emma Stone (you can’t make this stuff up!) who won Best Actress this year for “La La Land,” was a stealth visitor at the show and was spotted by several members of the club. According to Keuhn, she slipped in and slipped out relatively quickly without being spotted by any fans.