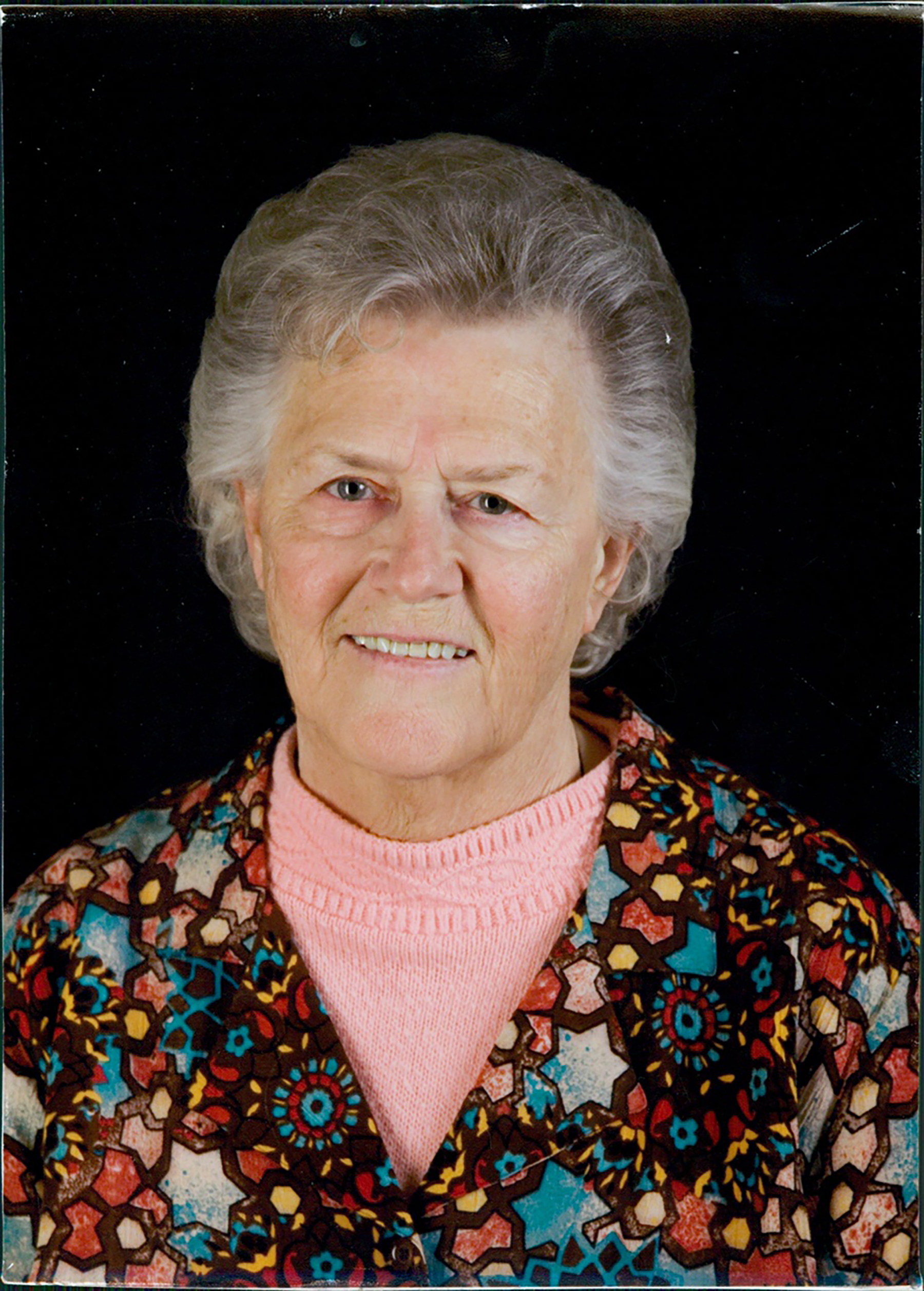 Ann Marie Batcher Godwin was born June 10, 1933, in Long Beach, California to Emma (Stoltenberg) Batcher and Harry William Batcher. She had one older brother: Rob Roy Batcher.
Ann was preceded in death by her parents, her husband and her brother. She is survived by her children, Dennis (Phyllis) Godwin of Syracuse, Utah; Gary Godwin of Tulsa, Oklahoma; Jeanne (Dennis) Cornett of Escondido, California; Jeffrey (Kristin) Godwin of Moab, Utah and Brian (Laura) Godwin of Windsor, Colorado. She is survived by ten grandchildren; four step-grandchildren; nine great-grandchildren and five step-grandchildren. She hoped to live long enough to meet two great-grandchildren to be born later this year.
Ann shared memories of living on the family’s sailboat “The Mystic” as it sailed between the California coast and Catalina Island when she was a small child. Ann said that when she and her brother quarreled, they would be put in the dinghy behind the sailboat to “sort it out.” Ann’s family settled in Valley Center, California when she was 12 years old, where she spent her days riding the hills on her horse.
Ann met her husband, Richard Arden Godwin, while attending Palomar College in San Marcos, California in 1952. The two were in a parade – Ann was a song leader and Richard was playing the trumpet – when Richard first spotted Ann. It was love at first sight for Richard, and he quickly proposed. The two eloped and were married on Valentine’s Day, February 14, 1953, at The Chapel Around the Corner in Las Vegas, Nevada.
The couple began their marriage in Vista, California. After a few years they moved to Valley Center to raise five children; and they welcomed three foster children to live with them in their home. The family enjoyed water skiing and spending family vacations traveling in their motor home all over the country.
Ann worked for Valley Center School District, Schroeder Piano, and Rincon and San Pasqual Indian Reservations. She started a bookkeeping business called the Balance Sheet. She was active in public service through organizations such as the Rotary Club (President), the Valley Center Chamber of Commerce and was an avid supporter of Valley Center’s annual event Western Days. Ann even served as Mayor of Valley Center at one point.
Ann found solace and joy reading books and traveling with her children and grandchildren. She was known for her many bird feeders lining her porch that would attract hundreds of hummingbirds to her Valley Center home. In her later years she spent time individually with her children’s families in Escondido, California; Phoenix, Arizona; and Moab, Utah.
Ann spent the last two years of her life living in the Canyonlands Care Center in Moab, Utah. She passed away on August 27, 2021, at the age of 88 surrounded by family. Ann was known by her caregivers for her gentle nature, sharp wit and her love of sweets.
Ann will be missed by ALL.
Ann’s Celebration of Life will be held at 2 p.m., Friday, October 8 at The Church of Jesus Christ in Valley Center, California.
Rest In Peace God’s Chosen One!