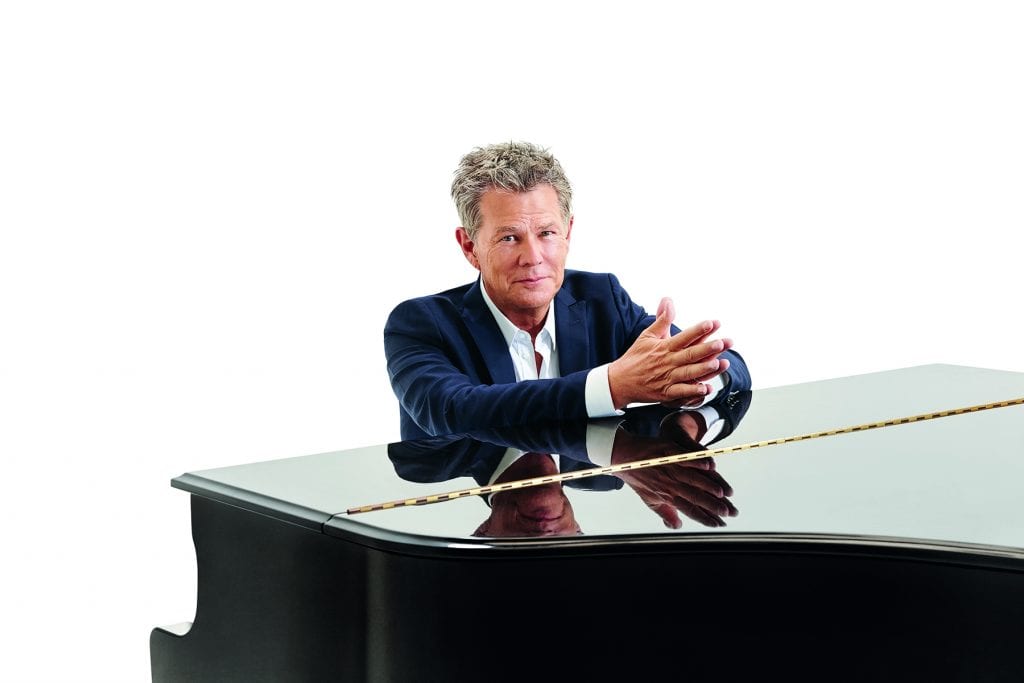 Studio musician, arranger, and recording artist, David Foster will be performing for one-night only at the California Center for the Arts, Escondido on Monday, January 27, at 7:30 p.m. in the Concert Hall.

Foster is one of the most successful songwriters and record producers in history- shepherding albums that have collectively sold in the hundreds of millions.

He has escorted singers who have straddled both pop and classical styles like Andrea Bocelli and Josh Groban into the mainstream. He has created culture-defining soundtracks for blockbuster films like “The Bodyguard”, “Urban Cowboy”, and “St. Elmo’s Fire”.

Joining this show in Escondido will be singer Katharine McPhee.

Renowned for her powerhouse presence and show-stopping performances, McPhee possesses a voice for the ages.

Audiences first fell under the chanteuse’s spell during a storied run on American Idol Season 5 in 2006. Propelled by the smash “Over It,” her 2007 self-titled debuted bowed at #2 on the Billboard Top 200 and achieved an RIAA gold certification. 2010 saw her return with not one, but two records – Unbroken and Christmas is the Time to Say I Love You.

Tickets for An Intimate Evening with David Foster, Hitman Tour Featuring Katharine McPhee are $40-$80 and are on sale online at artcenter.org or at the Center ticket office at 340 N. Escondido Blvd., Escondido  or by calling 800-988-4253. The ticket office is open Tuesday – Saturday noon–6 p.m., and Sunday 12–5 p.m.

Get more information about the show as well as purchase tickets here: artcenter.org/event/david-foster/.