An American in Paris while Notre Dame burns 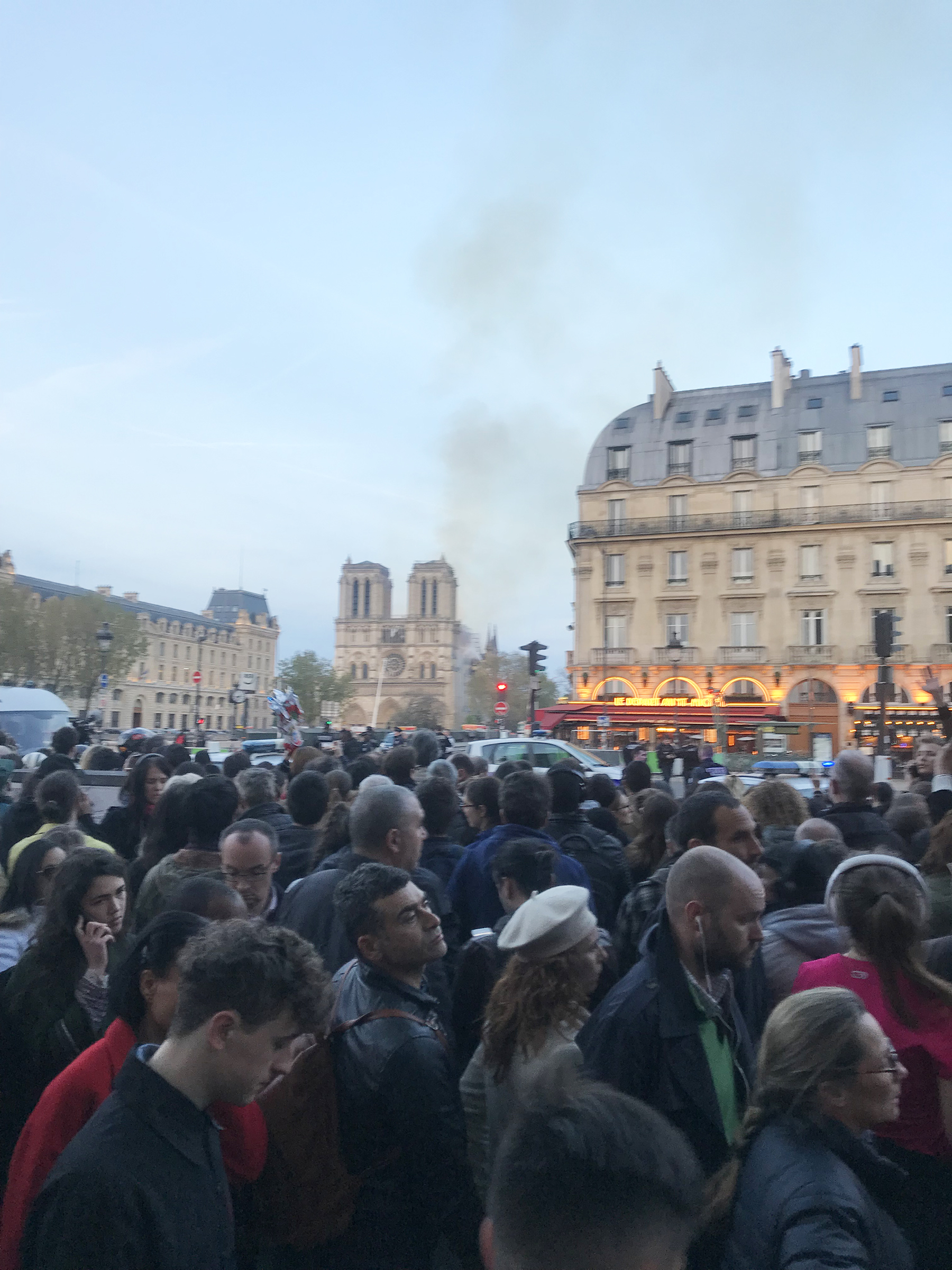 Both the fire and the water used to stop the flames, damaged the structure and its historic contents.

We are sitting in a bar on the Left Bank listening to American rock and roll while the smell of smoke lingers outside. A drunk elderly man, barely able to stand, angrily tells my daughter in French to stop texting on her phone. There is a fire nearby, a building is burning, but not just any building. Notre Dame is on fire, and we are in Paris to witness it.

A crowd of hundreds outside faithfully sing Ave Maria, some crying, some on their knees. Thousands more, gathering since the beginning of the late evening fire, stretch along the Seine, pressing forward and only stopped by the police and their barricades. If the crowd of faithful were able, they would run to the fire themselves, like the bucket brigades of old, attempting to douse the flames and rescue the irreplaceable relics inside the church.

The fire rears its ugly head, approaching the two famous gothic towers which frame the historic building’s front facade. Around midnight, however, the fire seems to be under control, and as an empty pumper truck leaves, the crowd cheers in gratitude and praise. The faithful change from only singing Ave Maria, to reciting the Lord’s Prayer and chanting more hopeful hymns in French.

Already a controversy is brewing. The Catholic Church built the original structure eight centuries ago, at a time when church and state were considered one entity. Now with the two obviously separated, who will rebuild? The French government, the Catholic Church, or a combination of the two?

At 2 a.m., my daughter and I start walking back to our hotel, a two mile walk, but too devastated to sleep any time soon. On the way, we pass a park and pick some daffodils in bloom, showing hope springs eternal, as a new season approaches. 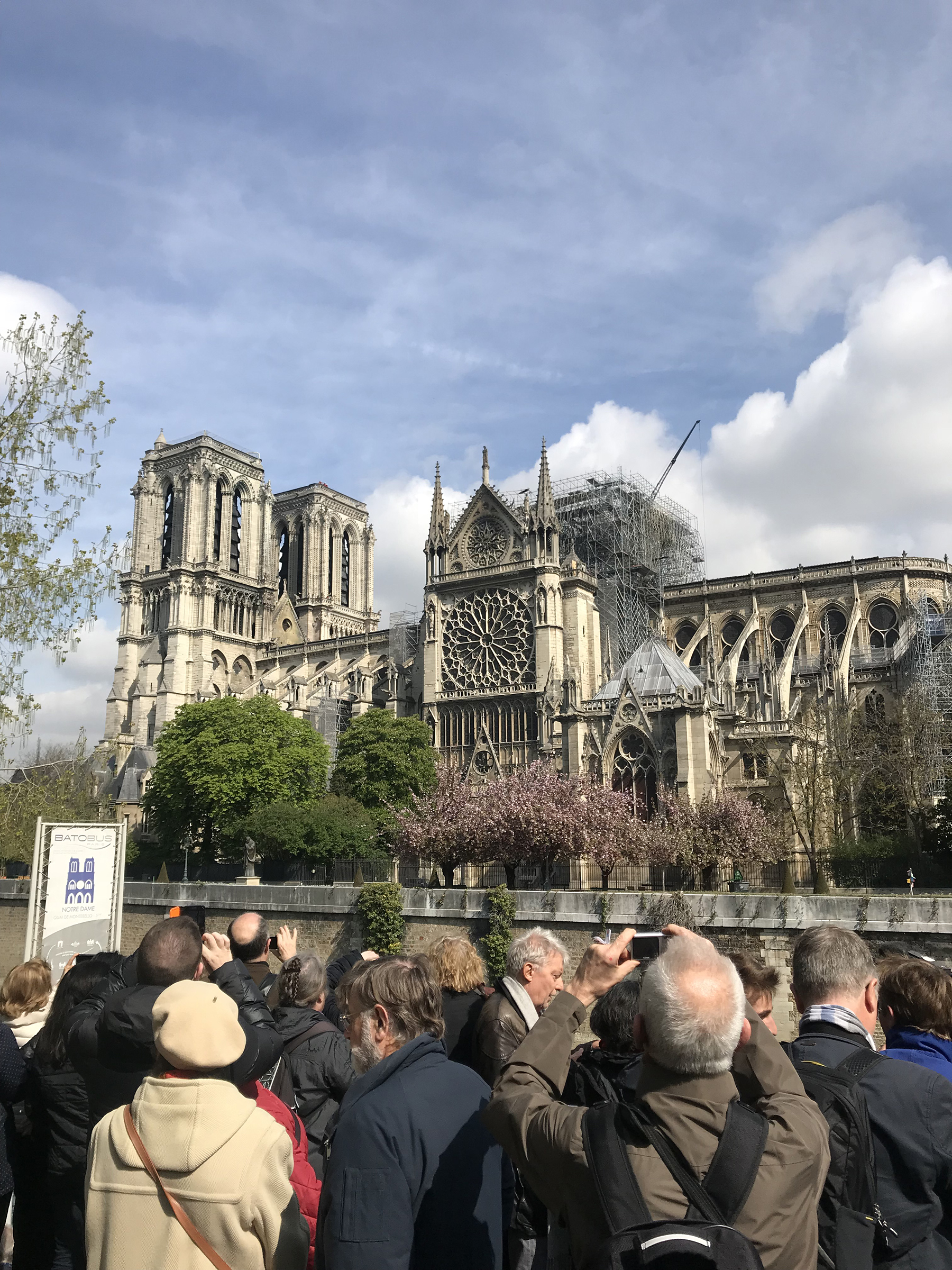 After the fire, crowds gather to observe the damage, which, except for the loss of the historic spire, seems to be hidden behind the fresh blooms 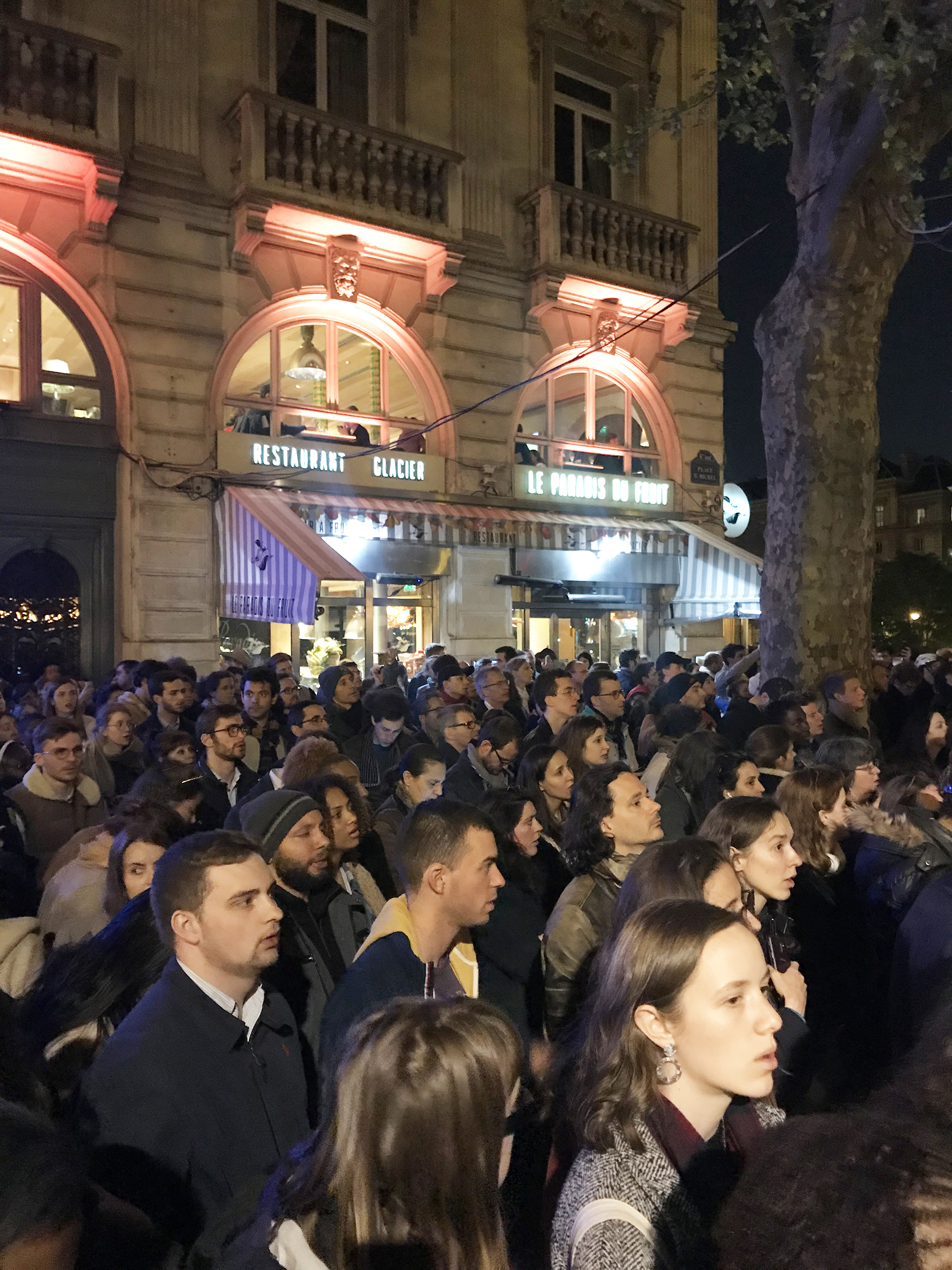 A crowd of thousands gather in disbelief.