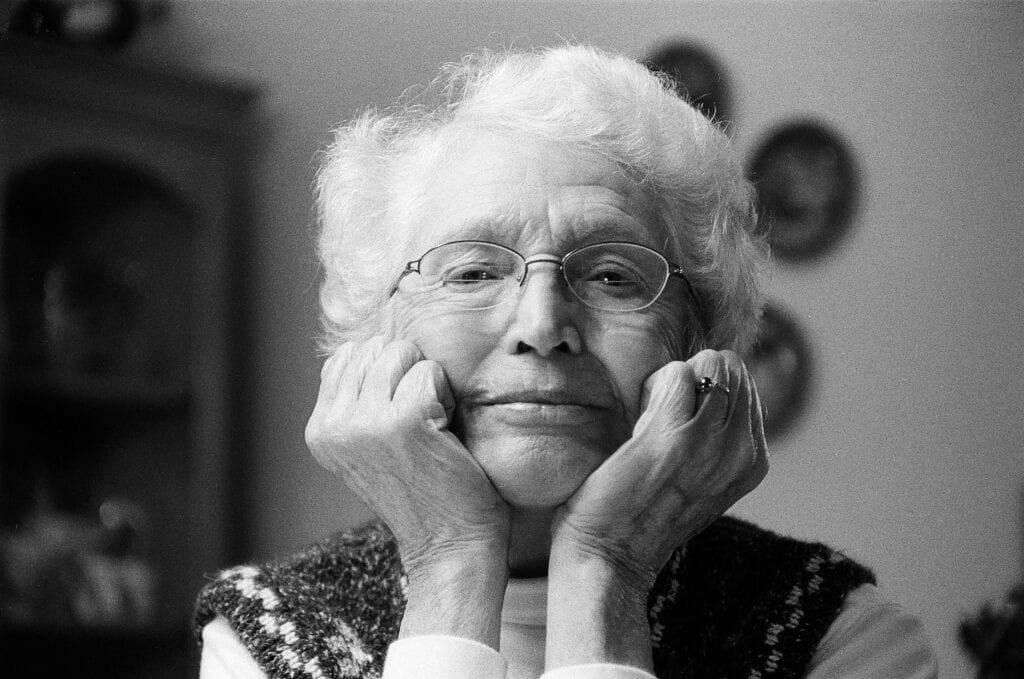 Amy Hill Culver, IRMO, SC, formerly of Escondido, California, passed away August 28, 2020.    She was born September 21, 1924, in St. Joseph, Missouri, to the late Albert &Bessie Hill.   She graduated from Waukegan Township High School, Illinois  at age17 as the salutatorian of her class of over 600.

While working at the local draft board, and volunteering at the USO, her best friend urged her to write to a young sailor in Hawaii.  When the sailor returned from Hawaii where he had dashed into the Pearl Harbor Naval Administration Building on December 7, 1941, to report the bombing of the harbor, he met Amy and her family.  In 1944, Earnest Culver and Amy married, ultimately celebrating 51 years.

Mrs. Culver embraced Navy life, setting up homes in Texas, Tennessee, Oklahoma, Alameda, Lemoore, San Diego, and Miramar, retiring in Escondido.  While Amy was serious, Earnie was fun-loving, bringing out Amy’s mischievous side.  With their daughters and a canvas tent, they explored the National Parks, and later traveled more elegantly to Alaska, Hawaii, and coast to coast.

Mrs. Culver was a talented seamstress, upholsterer, and needle worker and a gracious hostess to new and old friends in their homes.  As a natural athlete and fierce competitor, she taught her children and grandchildren to play baseball and board games.  She modeled service to others, volunteering in political campaigns, serving for over 20 years as a precinct captain during elections, and as church treasurer, and hosted foreign exchange students.  She taught children’s Good News Clubs and served on Child Evangelism leadership teams.  In SC, she attended conferences with leading evangelical leaders, taught a weekly Bible study at a nursing home and hosted a weekly community group in her home.

In 1975, Mrs. Culver realized her lifelong dream of attending college, starting at Palomar College in San Marcos, taking chemistry and science classes and earning honors for an Associate Degree in 1979.  After serving as a caregiver for her husband, she moved to Columbia, South Carolina, where she was active in church, service to others, fine needle work, tole painting, fitness activities, and traveling to see family.

A memorial service to honor her life will be held September 6 at St. Andrews Presbyterian Church in Columbia. Burial will be at Riverside National Cemetery, Riverside, California.  Memorials may be made to Child Evangelism Fellowship: CEF of South Carolina, Inc., Columbia-Midlands District, P. O. Box 21003, Columbia, SC. 29221.