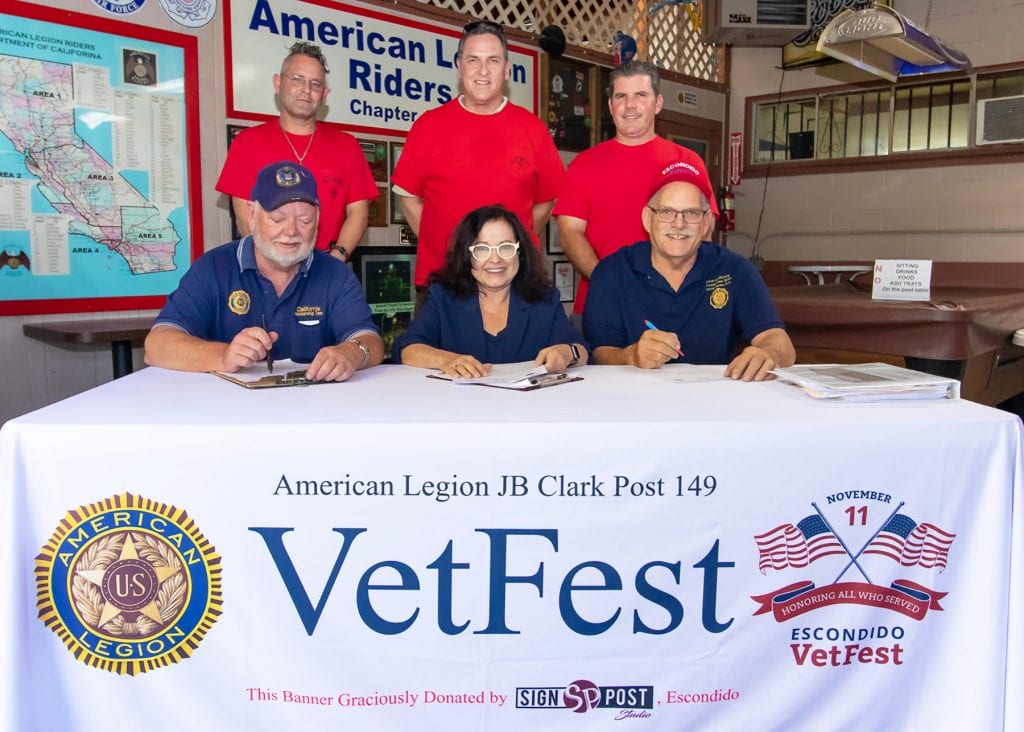 The day’s activities will include a parade along Grand Avenue in Historic Downtown Escondido. The parade will begin at 9:30 a.m. To date organizers have 40 entries for the parade, including veterans from every major war, from World War II to the Gulf War.

The two VetFest festivals will take place on Maple Street Plaza and at American Legion Post 149. Festival booths at both locations will feature veteran-related organizations and VetFest sponsors.

Some of the booth will include title sponsors, MCRD Museum Foundation, Women Marines Association, Toyota of Escondido, and many more. Escondido VetFest sponsors are: Title Sponsors – Frontwave Credit Union, IBEW/NICA, and Palomar Health.

There will be a store-front decorating contest for merchants along Grand Avenue, the information booths and static display will viewable all morning at Maple Street Plaza, and the free BBQ with entertainment and a small ceremony will begin at the Post at 12:30 p.m.