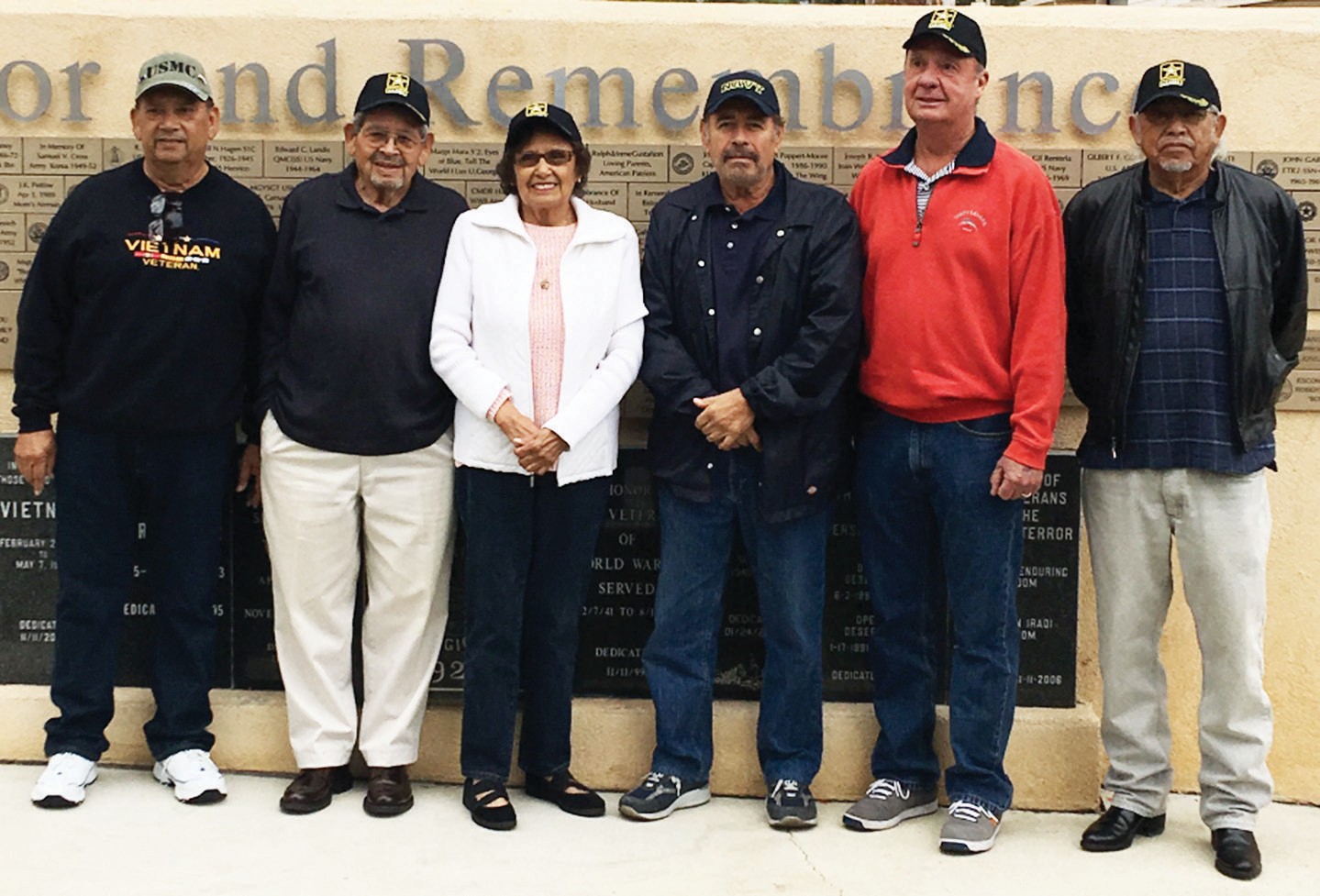 The wall includes tiles of people who have passed away and peo­ple who are still alive but are of special significance to members of the post. The tiles represent individuals who proudly served their country, selflessly, never searching for fortune or fame. It also serves as a place where fu­ture generations can continue to gather to honor these men.

On the night of the event five tiles were added for people who are important to member John Perez, including Rudy Herrera, his brother-in-law; Cruz “Spa­ghetti” Perez, his late brother; Tony Perez, brother, G. William Hall, brother in law and George Brieno, also a brother-in-law and fellow Vietnam War veteran.

It was also a special day for John Perez because it was his 70th birthday.