Allegro Program plants seeds to nurture into young musicians: ‘At this point we are hoping we get the roses.’ 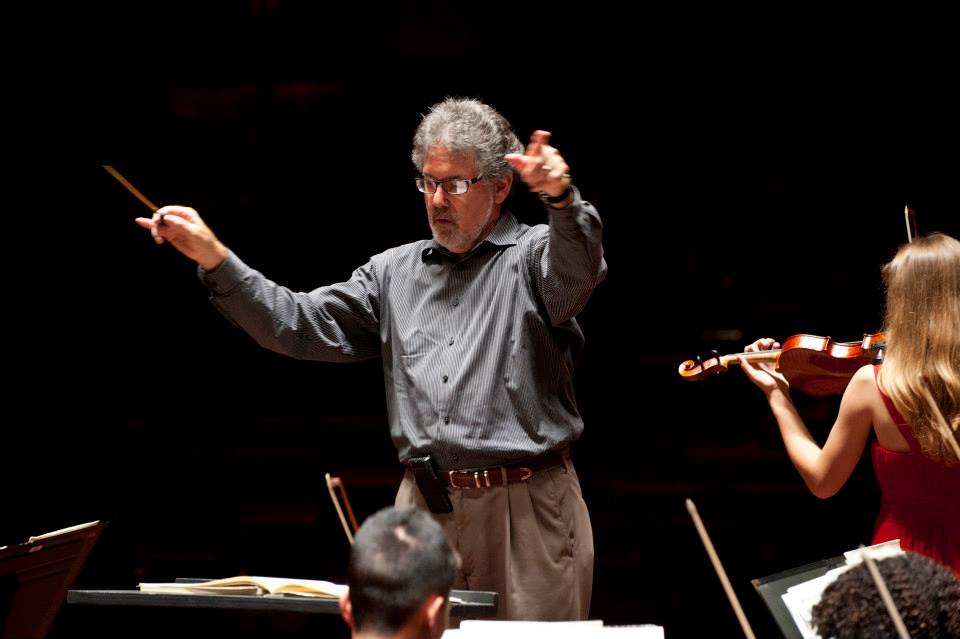 Last fall, the Escondido Union School District had a meeting at Conway Elementary School to gauge the interest in having an enrichment program that would teach youngsters how to play stringed instruments,  such as the violin and cello. It was called the Allegro Strings program.

As both Bob Gilson, director of the Civic Youth Orchestra and Leila Sackfield, deputy superintendent for student services at EUSD remember it, they put out 50 chairs.

“Do you think that’s too many chairs?” asked Gilson.

“Don’t worry, I’ve been talking it up,” Sackfield assured him.

Families began coming into the auditorium in dribs and drabs—then streams and finally in their dozens. “They just kept coming and coming,” recalls Sackfield. “Tears were coming down my face. It was such a beautiful moment. It was really overwhelming for all of us. We thought ‘This is going to be a success!’ ”

Gilson recalls saying to himself. “Oh my God!”

More than 300 people ended showing up. More than could be included in the first year of the new program. So they started a waiting list.

The Civic Youth Orchestra initiated this new after-school string program in partnership with the Escondido Union School District, as a result of a major grant of $50,000 from the Escondido Charitable Foundation.

Gilson describes the “great support” given to the program by Sackfield, who told The Times-Advocate how she became involved.  “We were very pleased to be approached by Bob,” she said. “We had a smaller program that was funded by Jean and Bob Wills. Our music programs have been focused on band for many years. Jean Wills had a desire to give an opportunity to students to play the violin. With the Civic Youth Orchestra we were able to expand that program.”

That earlier program, the Jean Wills Strings Program, had been done through the California Center for the Arts with funding from Bob & Jean Wills, who are longtime members of the board. It offered strings lessons twice a week to 30 students in grades 3-5 at one school.

The first major hurdle to an expanded program was acquiring the instruments. This challenge was met by a grant from the district’s Education Foundation, which paid for about 100 instruments, including 11 cellos.

“The reason this is so important,” said Sackfield, “is that our community stakeholders have had opportunities to chime in on what they want. Enrichment, especially in the arts, has been a high priority. We have tried to help students use their gifts and find their passion. Part of our mission is to actualize the human potential of our students. This is wonderful opportunity for students to explore something they haven’t been able to explore before. Students from all over the district can get lessons twice a week, be part of a positive peer group and explore the joys of making music together.”

Gilson explains that the CYO had been in discussions with the Wills about extending the program to more children. They weren’t able to completely fund that effort but they offered to help for one year.

In the spring of 2018 the CYO and the school district prepared a detailed application to the Escondido Charitable Foundation for what they called, “The Allegro Strings Program.”

“We wanted to size the program depending on the budget,” said Gilson. They envisioned something similar to the Opus program in Chula Vista that partners with the San Diego Youth Symphony.

“We’d never done something like this before,” said Gilson. The parameters of the proposal called for offering the program at four Escondido schools and take in as much geographic area as possible, to maximize the opportunity for the children.

The Escondido Charitable Foundation is known for the fine-tooth vetting it gives to the dozens of proposals it gets each year. Representatives met several times with the applicants. They made site visits. Each time the number of applicants was winnowed down, the Allegro program was still in the mix.

At one of these meetings about a dozen members of the Foundation, some of whom Gilson knew (one was his daughter’s pediatrician,) met with them and watched a video of the Jean Wills Strings program. The ECF is remarkable in that all of its members pledge their own funds for the programs they support. So they have a personal interest in putting money into programs that they believe in.

Then it was Gilson’s turn to speak. With the knowledge that he was speaking to at least some people who were friendly to him, he began “I don’t know about other applicants but this is a program to train your children to open their minds to music.”

He noted that the Civic Youth Orchestra has been in business for 60 years, “Yet we don’t teacher kids how to play an instrument.” He used a garden metaphor to say that when the CYO first encounters young musicians, “They are fully formed roses. But we don’t grow the roses. It’s going to take a good gardener and will take four to six years at least from the seed to the bud.”

He added, “We don’t have a root system and the garden won’t plant itself. So, at this point we are just hoping that we will get the roses.”  His talk had the hoped-for effect and eventually the ECF funded the program for $50,000.

ECF never funds anything for more than one year. So, although the program has the resources to operate for one year, and funding from Jean and Bob Wills for  a second year, its future is unknown after that. However, next year they plan to add second graders to the mix.

“We hope to grow this program where these students will not only have the opportunity to join the CYO but to offer it as part of our regular curriculum,” says Sackfield. “We’d like to be able to do that in the future.”

She describes how the Allegro Springs program came together as “a perfect example that when community organizations come together how we can capitalize on each other’s strengths and provide a really special thing for kids in Escondido.”

The first “show and tell” concert of the Allegro Strings Program will be May 29, 6 p.m. at L.R. Green Elementary School. Students from all four schools will play.