After 39 years on the job, fire captain hangs up his suspenders 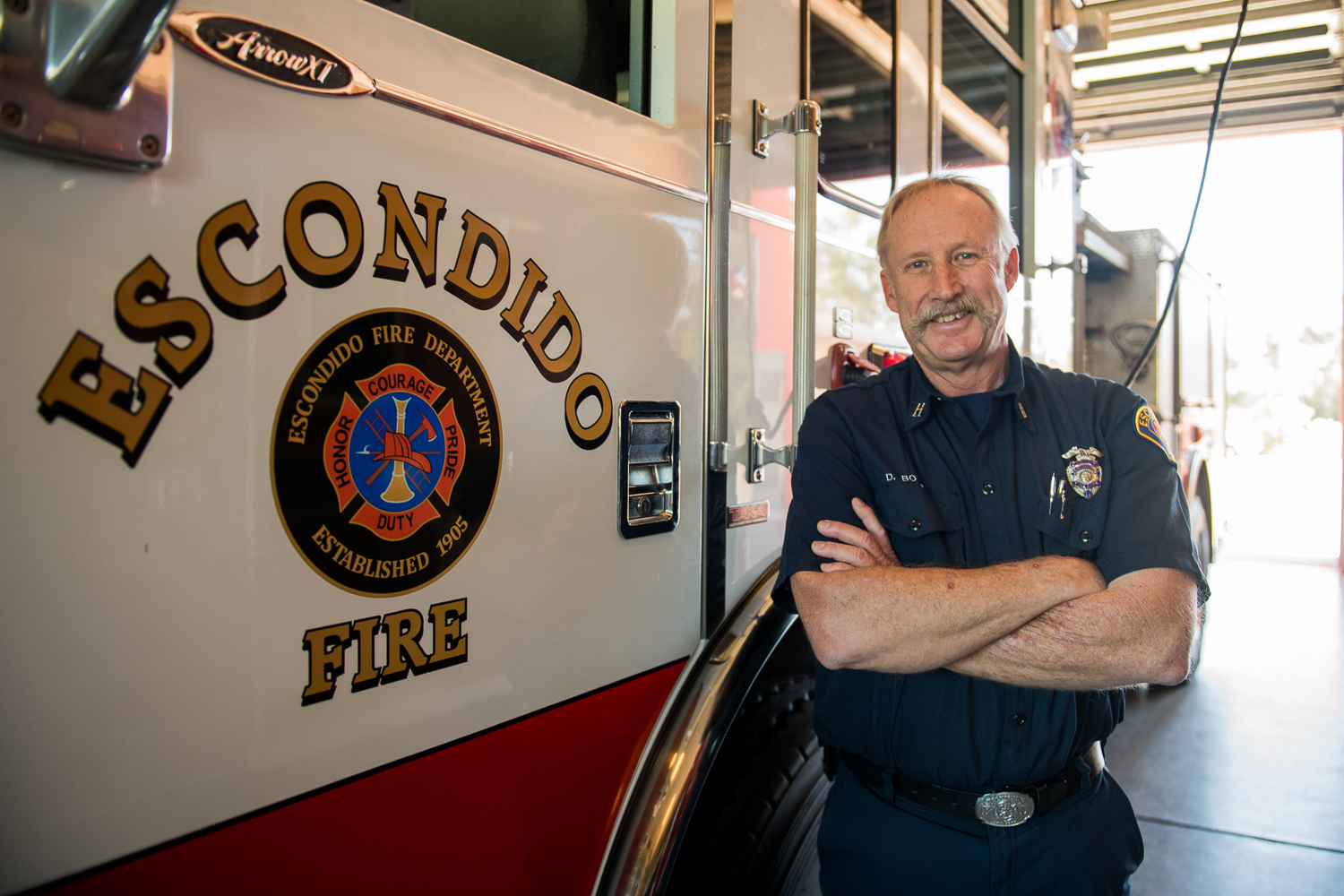 Dennis Boyer is one of the longest-serving instructors in Palomar’s widely celebrated Fire Academy. On December 30, he’ll work his last shift with the Escondido Fire Department.

For 39 and a half years, Capt. Dennis Boyer has spent most of his professional life three minutes away from the action.

But starting in 1995, alongside dozens of other veteran firefighters from all over North County who teach at Palomar, Boyer has also trained classes upon classes of men and women how to work the fire engines and ladder trucks that would be their daily stock-in-trade.

“The guys I grew up with in the fire service, I’m now seeing their sons in the Fire Academy,” he said.

“My stepson went through the 45th Academy at Palomar,” he added, his mustache twisting into a grin. “That was kind of cool, because it was the only time in his life he had to call me ‘Sir.’”

On December 30, Boyer will clock in for his last shift at Station 3 in Escondido—but even in retirement, his tenure at Palomar College will go on. He will be back next year for another Academy.

With a patient manner and decades of wisdom, Boyer has been a student favorite at Palomar. On a recent Monday night at the California Center for the Arts in Escondido, the graduating class of Fire Academy 54 presented him with an award.

As an instructor at Palomar College, Boyer carries with him pleasant memories of running into former students on the job. Hundreds of men and women Boyer helped train are now saving lives and fighting wildfires across California and beyond—and he has often reconnected with them in the unlikeliest of places.

“Three years ago, we were up in Kings Canyon on the Rough Fire for two weeks,” he said. “I saw a young man who worked in Fresno, and who graduated from one of our Fire Academies. He walks up and goes, ‘Captain Boyer! I was in the 28th Academy!’”

After numerous such encounters, Boyer said he is proud not only of his work with the Escondido Fire Department, but also of the part he played in developing the Palomar College Fire Academy.

“We’ve built a really good Academy,” he said. “You go to other parts of the state and they’ll say, ‘I’ve heard of Palomar.’ Our graduates will say that the reputation of the academy has preceded them, because when they get hired, they’re told, ‘We hired you because you graduated from the Palomar Fire Academy.’”