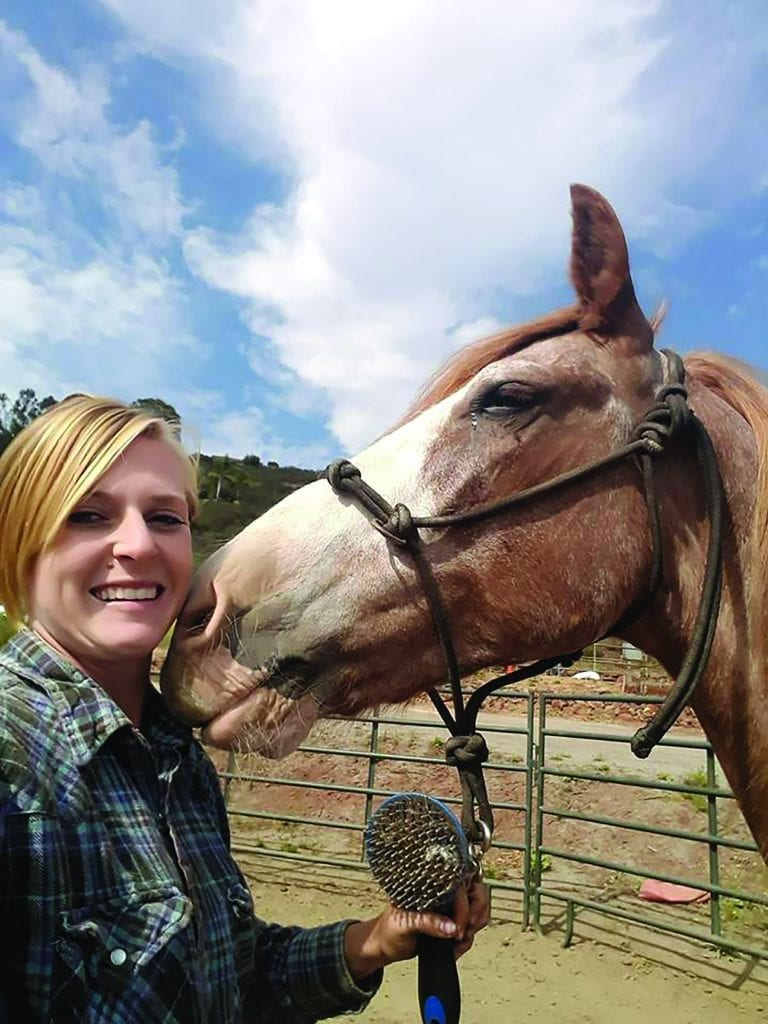 Keane shows his appreciation for a nice brushing by Kayla Burke.

A non-profit horse rescue based in Escondido played a pivotal role last week in rescuing a BLM Mustang that had been abandoned and left to die in Ridgecrest, San Bernardino County.

Ashley Scott, development director at Mountain Meadow Equine Rehab and Rescue, related the story to bring awareness about the plight of such animals.

The 13-year old Mustang, now named Keane, was found severely emaciated and care neglected as his hooves were overgrown and teeth grown into his jaw.

He was confiscated by San Bernardino Animal Control and cared for by Devore Animal Shelter.

“If it wasn’t for San Bernardino Animal Control, especially the Devore Animal Shelter stepping in, this horse wouldn’t have survived. The neglected and abandoned horse – now named Keane (Keen, a  cry for help) came from another local rescue Last Chance Ranch Temecula owner Maureen Keo, who was unable to take him in at the time posted on Facebook, begging for someone to give him a chance,” says Scott 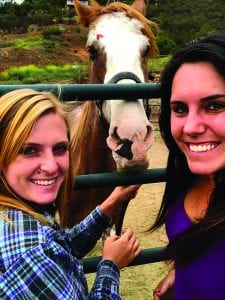 “He was on the euthanasia list. His time was running out. My heart stopped. Being an advocate for the Mustangs, I had to do something. I reached out to Maureen and the Devore Animal Shelter, processed whatever paperwork needed to be done, and before we knew it, we got the green light. We were up there the next day to pick up Keane to start his new life at Mountain Meadow Equine Rehab and Rescue, a 501c3 Non-Profit horse rescue located in Escondido.”

Keane  is happy, healthy, and on his way to a full recovery. “He has some injuries that are being treated by our vet but it’s not slowing him down any! He’s gaining weight, his eyes are sparkling and he nickers and runs up to the fence to say hello when he sees anyone. Because of the San Bernardino County Animal Control and the Devore Animal Shelters quick call to action, this horse gets a second chance.”