A visit to the MCRD Museum: Get into the gung ho spirit 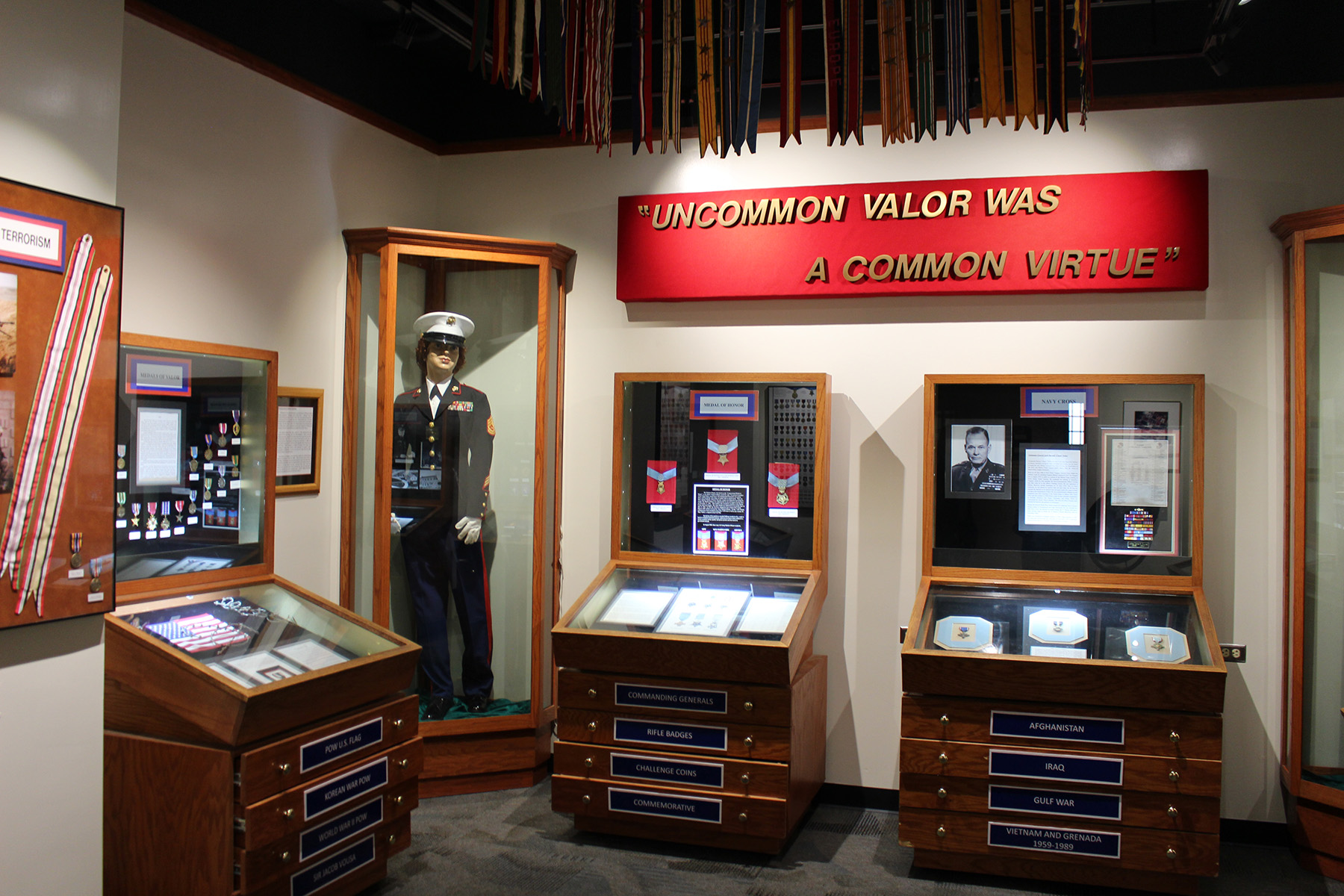 A room devoted to winners of medals for heroism. To the right is an exhibit honoring Lt. Gen. Lewis “Chesty” Puller.

Recently I visited the Marine Corps Recruit Depot Museum, which is set between Old Town and Lindbergh Field. The MCRD Command Museum is one of three such museums in the country; the others being Quantico—the headquarters of the USMC—and Perris Island.

MCRD San Diego recruits and trains men that enlist in recruiting districts west of the Mississippi River. It is also home to Drill Instructor School, Recruiters School, and the 12th Marine Corps District.

It opened in 1987 and continues to expand its galleries and exhibits as Marines are sent to fight in America’s wars, police actions and expeditions. About 150,000 people visit each year.

You have to enter the Marine base in order to visit the museum, where you will be questioned by a keen-eyed young Marine and required to show your ID. The museum is across the street from the entrance. Admission is free. The museum itself is located on the second floor. There is an elevator for people with special needs. If you want to arrange for a group tour, it’s advisable to call ahead to the MCRD G-3 office at 619-524-8828.

When you visit this celebration of the Marines, you can’t help but soak up the gung ho spirit of the armed service that is renowned for its esprit de corps, celebrating some of the legends, like Lt. Gen. Lewis “Chesty” Puller, who, when his First Marine Division was surrounded by 22 divisions of the Red Chinese Army quipped (actually he didn’t quip, he said it quite seriously) “All right. They’re on our left, they’re on our right, they’re in front of us, they’re behind us . . . they can’t get away this time.” Needless to say, the Marines broke out of the ring, destroying seven Chinese divisions.

I had visited the facility many years before, but this was the first time I was given a guided tour by Paul McNamara, executive director of the Marine Corps Recruit Depot Museum Foundation, and former USMC officer himself. McNamara is a well-known Escondido resident. The Foundation is a 501 (c) 3 nonprofit whose purpose is to support the mission of the museum. Its founders recognized that if the museum were to expand and not depend on uncertain government funding, it needed on-going civilian support.

The museum’s mission is three-fold: 1) Education of Marines recruits and active duty Marines about the history of the Corps, 2) Support of the mission of the depot 3) Be a bridge to the community.

The first mission is to educate Marine recruits and the public about the history of the Corps in the 20th and 21st centuries and in Southern California. Recently, it hosted a program about the WWII cruiser Indianapolis, which carried the Atomic Bomb to the Western Pacific in August 1945 to be dropped on Japan. It was one of the last American ships sunk during the war as it was returning home. The program included survivors from this tragedy. Fans of the film “Jaws” may recall the harrowing story told by Quint (Robert Shaw) of how hundreds of survivors were killed in the water by sharks.

Another presentation, about the Marines at the Battle of Chosin Reservoir in North Korea in November 1950 (known as a group as the “Chosin Few”) helps relate the history of the Corps to kids and the challenges they have in daily life. “A kid might have to stand up to a bully someday,” says McNamara. “Or to tell the truth when it would be easier to tell a lie.”

You might be surprised to learn that probably the very first U.S. Marine to visit California and San Diego was Lt. Archibald Gillespie (after whom Gillespie Field is named) who played a pivotal role in the battle of San Pasqual in 1846. President James K. Polk sent Gillespie as an agent provocateur before the war began (“spy” works too) and he was perfectly placed to help the U.S. when hostilities broke out.

Gung Ho, the term associated with the Marines since World War II, is connected with another Marine honored with an exhibit: General Evans Carlson of Carlson’s Raiders, the man credited as a forefather of one of America’s first special operations units. He learned his special ops skills at the feet of Mao Zedong, Zhou Enlai and Deng Xiaoping as a Marine observer with the Red Army. He later used these skills to create Carlson’s Raiders. McNamara tells the story how, when he was criticized for being too sympathetic to the Communists, Carlson’s commanding officer declared, “Carlson may be a red but he’s not yellow.” Carlson is credited with introducing “Gung Ho,” into the Marine Lexicon, borrowing it from the Chinese expression “work together.”

The museum’s “outreach” mission includes civics lessons to recruits and active duty members. “It’s important to be engaged and know who you are electing,” McNamara points out. Especially so since one of the most important values taught Marines is the necessity of obeying civilian authorities.

While I was visiting I also met Barbara McCurtis, director of the museum. McCurtis is also an Escondido resident. Unlike McNamara, who is a volunteer, she is government employee. She works with the Foundation, giving it a museum “wish list.” The government is not allowed to solicit monetary donations, but the Foundation, as a non-profit, can.

The third mission of the museum includes veteran outreach and support for military families. Such as the VOICE (Veteran Outreach & Increased Community Engagement) program, designed to connect Marines, veterans, and their families to the Command Museum, MCRD, and their greater Marine Corps family. The guiding principle for the program is “Once a Marine, Always a Marine.”

Programs funded by the Foundation include help for Marines with PTSD and their family members, support for Gold Star Families, scholarships for children of Marines, and spouses and classes for children such as Scouts who visit and earn merit badges.

“One Scout is doing a video for Scouts about the museum,” says McNamara. “I love to see kids down here.”

According to the museum’s website: “Since 1987, the Foundation has contributed millions of dollars and uncounted volunteer hours. It supports the Command Museum’s educational and programs to promote and preserve Marine Corps history; awards scholarships and exceptional performance grants and honorariums; maintains an active volunteer docent program; and partners with local community service and civilian organizations to conduct a wide range of programs to honor and recognize U.S. Marines and other military veterans from various eras and world conflicts. Profits from the Foundation Gift Shop provides financial support for museum programs and exhibits.”

The MCRD itself is a little over a century old, having been established about the same time Balboa Park was being laid out and its buildings erected for the 1915–16 Panama–California Exposition. The same architect who built the Spanish Colonial Revival Balboa Park, Bertram Goodhue, also built the MCRD, and the United States Military Academy at West Point. Some of the plants and trees that were intended for Balboa Park were mysteriously “liberated” and ended up over at the Marine Recruit Depot. A hundred years later a ceremony was held where the plants were “returned.”

The museum is always looking for docents, says McNamara. “People think you need to be a Marine veteran. You do not. A lot of our docents are history buffs. We are of the opinion that a docent enriches the museum experience. They really enjoy doing it.”

The experience of the docents is wide-ranging. One Docent served with President Kennedy’s assassin Lee Harvey Oswald when he was a Marine.

Every Tuesday the Foundation hosts Fun Tavern Tuesday when Marines, including retirees, can drop by for food and drink. “It’s a great networking opportunity,” says McNamara.

Visiting the MCRD Museum is a great opportunity to learn about a part of U.S. History that you may have forgotten or never known in the first place. It’s important never to forget the sacrifice that so many Marines have made to keep us all free. 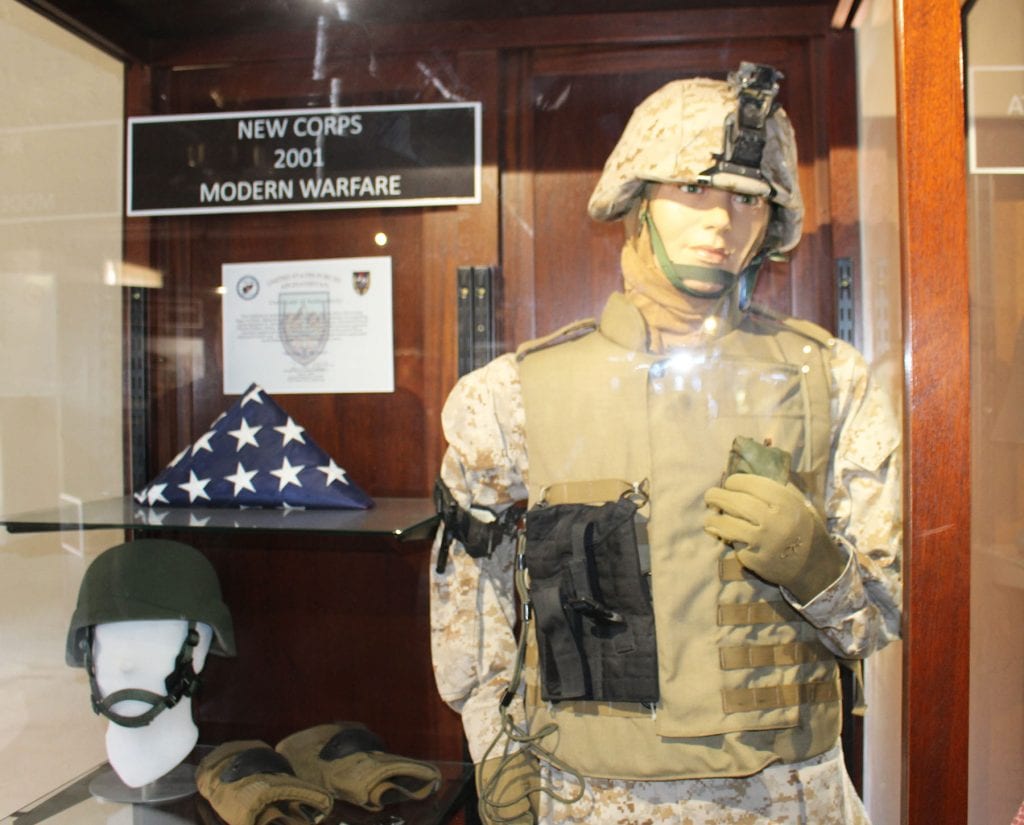 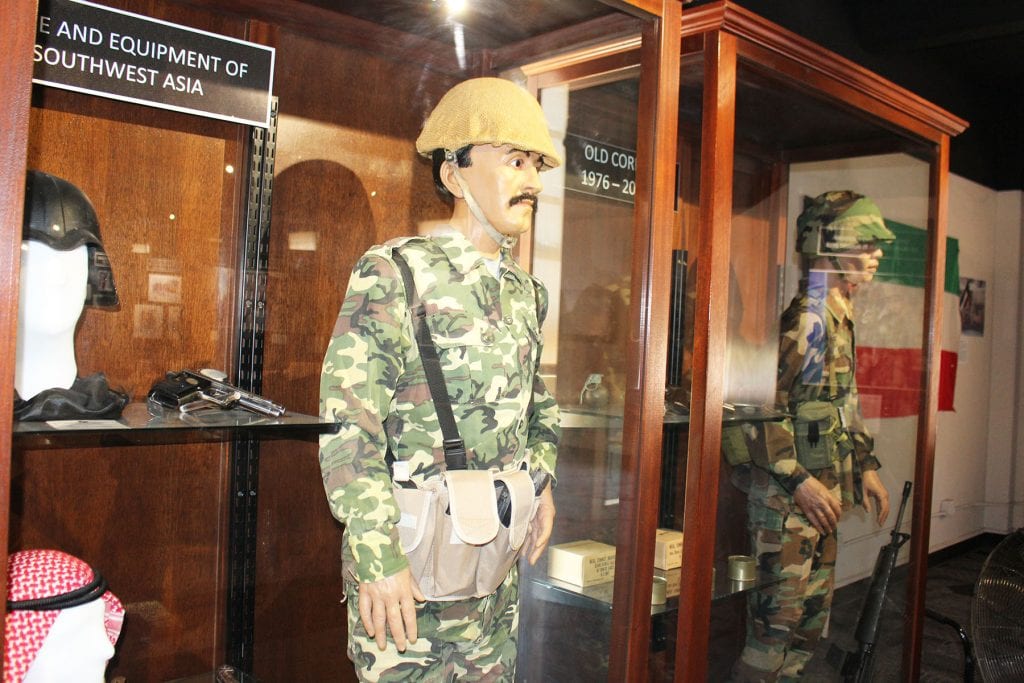 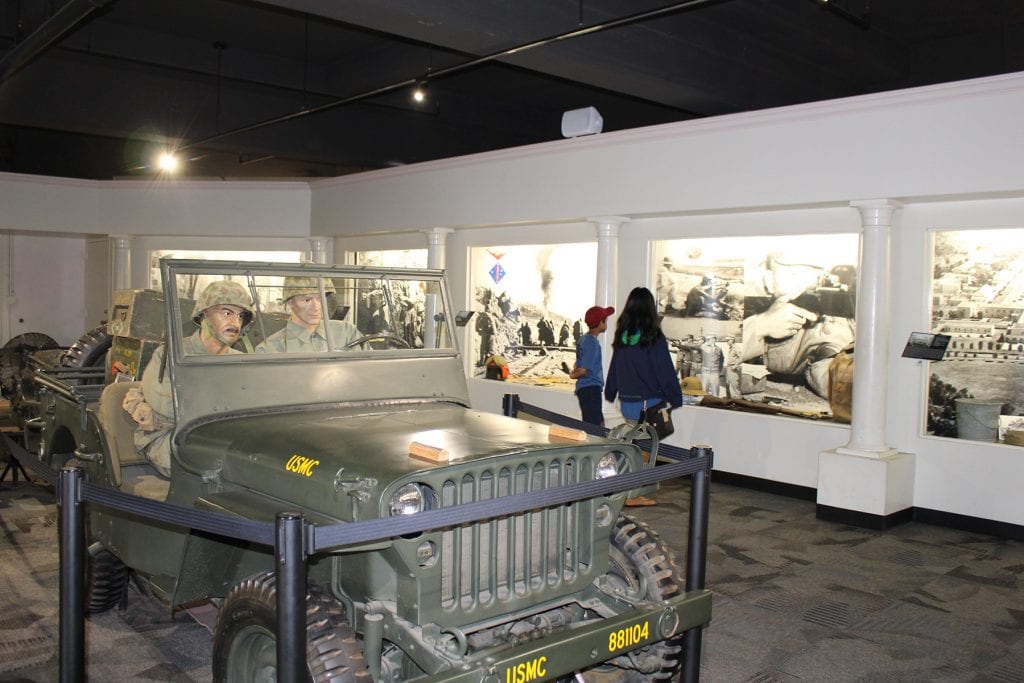 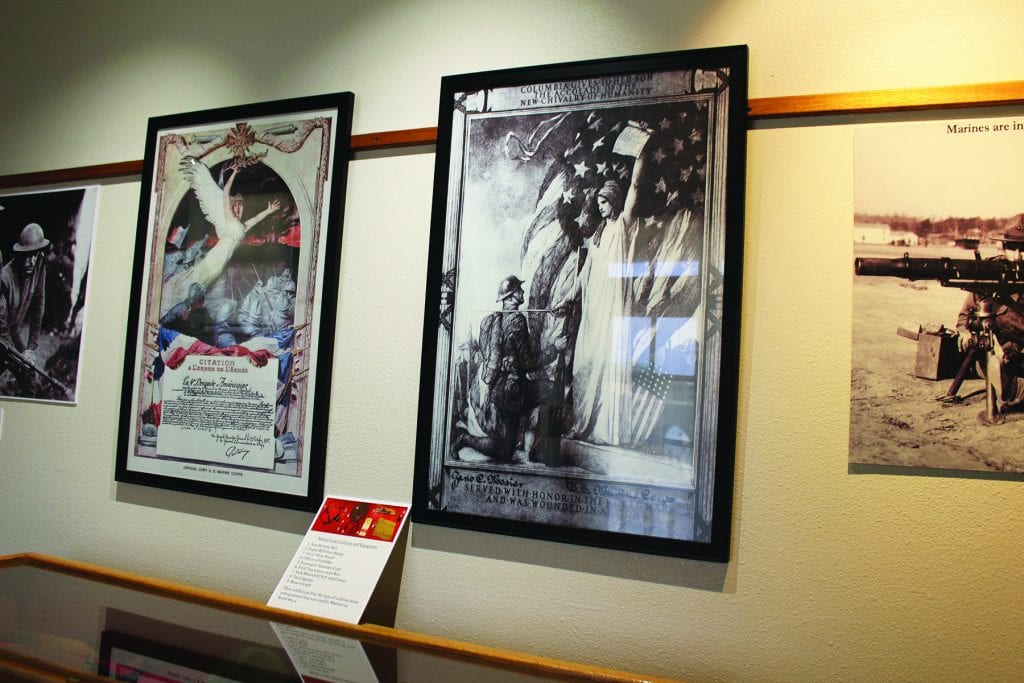 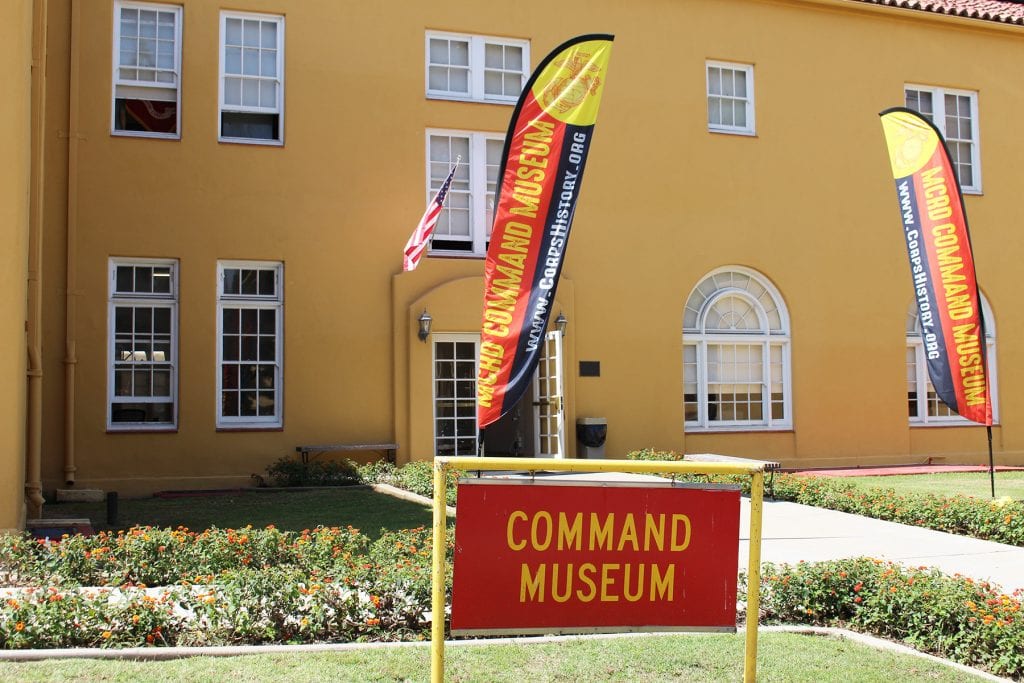 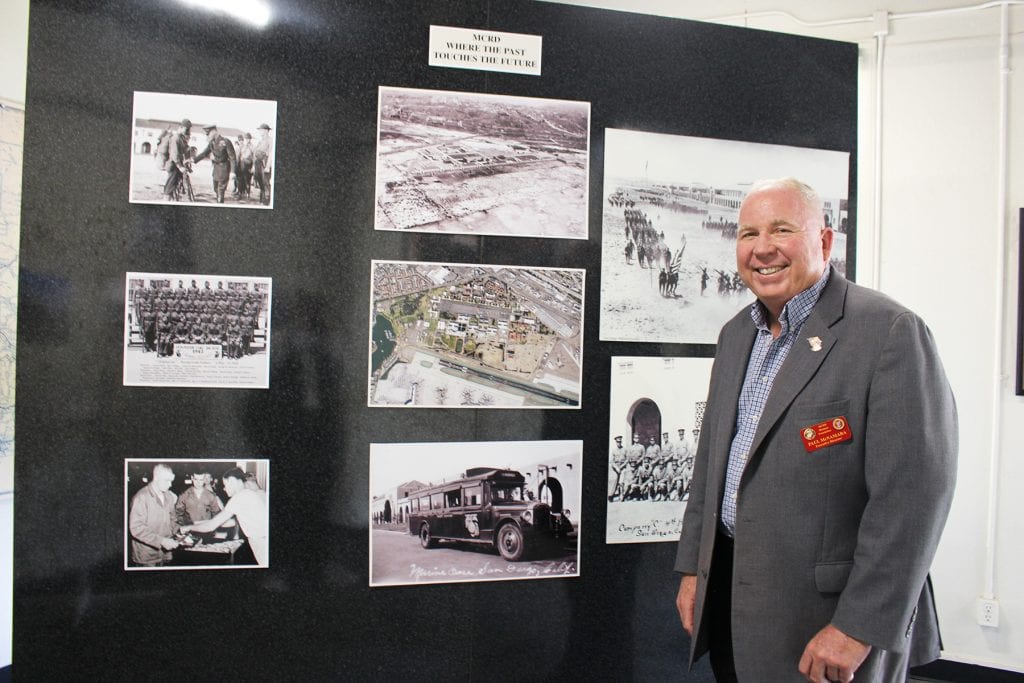 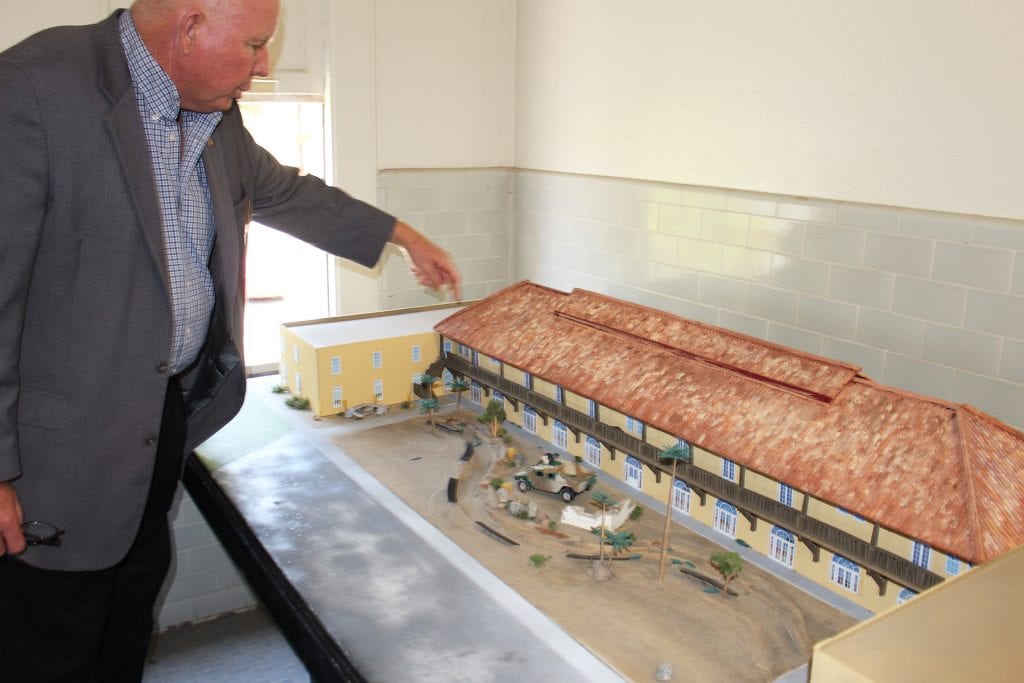 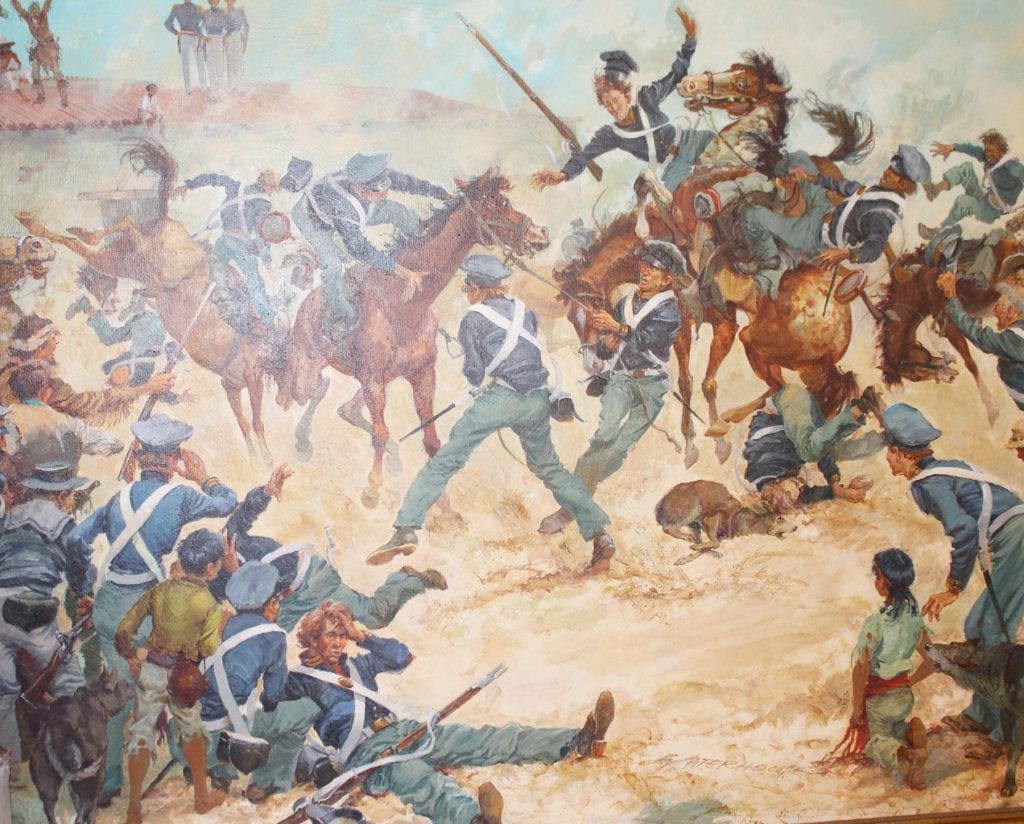 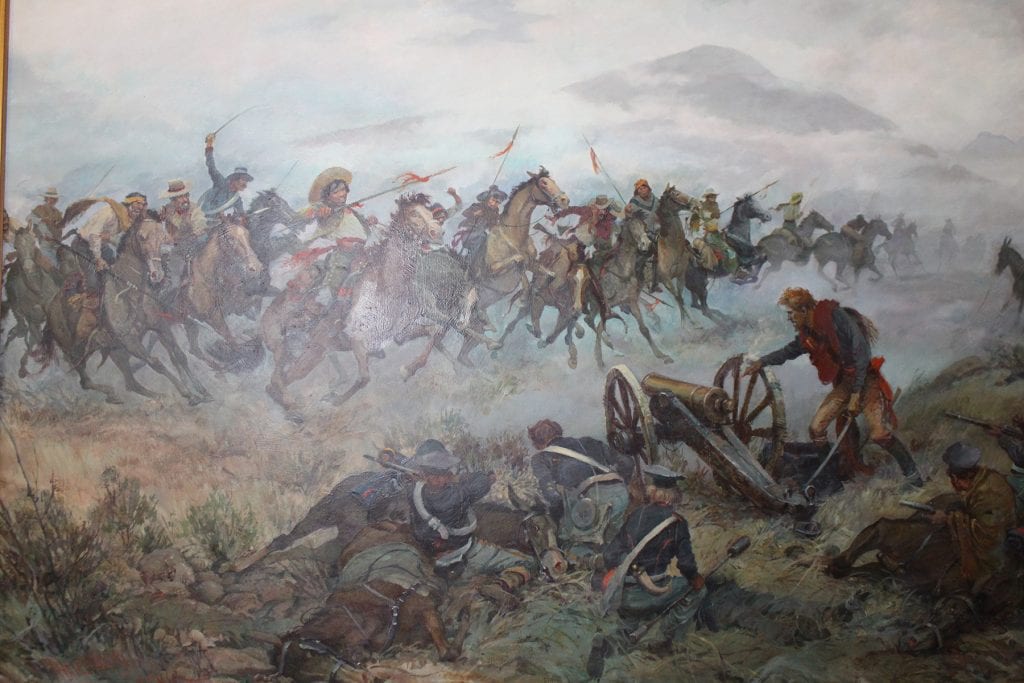