A tribute to John Smylie, attorney at law 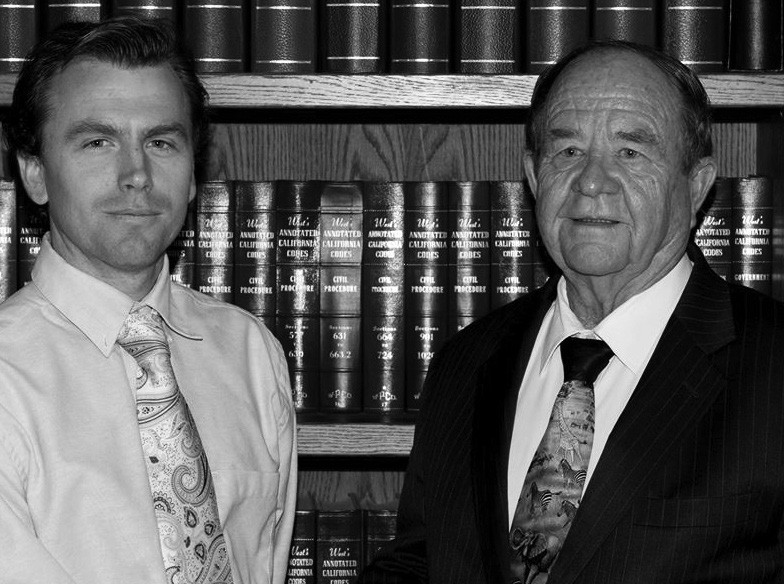 Editor—We asked Lyle Davis, pub­lisher of The Paper, if we could reprint his comments on the death of local at­torney, John Smylie.

It was a little over 16 years ago when John Smylie, well-known probate at­torney based in San Marcos, called me and said, “Do you want to get back into the media?” “I dunno,” I said, “what’s cooking?”

A client of his, Bill Willoughby, was the owner of the San Marcos News Reporter, a small (4,000 distribution) weekly newspaper. Bill had a stroke and the paper had gone dark for six weeks and Bill was open to selling it. We bought it, renamed it The Paper, and here we are today, 16 years later, putting out 20,000 copies every week and enjoying a broad readership and a fair amount of advertiser support.

And we are having the time of our life. I owe that all to John Smylie. John died last week. We knew he had been ill. He thought he had beaten “the big C” but it seemed to keep coming back. He fought it long and hard, even re­tired from his law practice so he could focus on healing and getting better. His grandson, K. C. Satterlee, will take over the law practice. His two daugh­ters, Trish (Satterlee, K.C.’s mom) and Melinda Smylie, continue to serve as secretaries and paralegals . . . and the firm’s clients will continue to get top drawer service . . . just the way John always wanted it.

I first met John when I formed a n organization known as “Los Caballe­ros de Aventura,” a group designed to attract Latino kids and keep them from joining gangs . . . this after two fatal drive by shootings in Escondido.

I explained the concept to John Smylie and he jumped on board as a co-founding member of the Board of Directors. We made magic happen. We brought hundreds of kids into the or­ganization and while we were running it not one single kid ever entered the juvenile justice system. I ran it for six years and then retired. John stayed on for years . . . always supportive . . . al­ways available.

All his legal services were pro bono (free). John was like that. He sup­ported his community and organiza­tions that served the community and its kids. Not only with his legal talents but financially as well. He even ac­companied us on sometimes strenu­ous hikes that we took the kids on. He was a brilliant man. A great mind. Four separate college degrees, including Master’s Degrees and a Juris Doctor (Law) degree. John and I were friends for so many years. He served as my le­gal counsel . . advisor . . . confidant . . . and, sometimes, cheerleader. He and his family have been part of The Pa­per for the 16 plus years we’ve been around. It’s with a real sense of loss that I say goodbye to John Smylie – but I know K. C. Satterlee will carry on the fine tradition his grandpa devel­oped and taught to his family . . . and the family will continue to support the law office and his clients.

John met his wife Charlene Whitney at a UCLA frat party. They married in Ely England in 1959. At that time he worked for Douglas Aircraft setting up Thor missile bases. He had four chil­dren in West LA, then moved to Vir­ginia where he worked for TRW and designed high speed rails for DOT. He bought his avocado farm in 1964 and moved back to West LA. Every week­end, he taught his family to love the outdoors by sleeping under the stars, as he explained constellations to his small children. He never ran out of en­ergy as he attended law school while working for TRW, managing the farm, and raising 4 children. Moving to San Marcos in 1975, he set up his law prac­tice which is still a family business to­day.

He was a Circle K International advi­sor for CSUSM and Palomar College, a member of Kiwanis club of San Mar­cos, donated time and funds through the John and Charlene Smylie Founda­tion to students, the zoo, and other non profit organizations, touching many lives. He belonged to the Chamber of Commerce of San Marcos, Escondido, and was the attorney for Valley Center Chamber of Commerce.

He toiled in the fields of engineering and law to support his true passion of working his avocado farm and flower fields where he drove his tractor and enjoyed teaching his 4 children and 6 grandchildren strong work ethics by digging irrigation, planting and pick­ing avocados, and running the farm. He and his wife loved travel often took his family on vacations enjoying the churches and museums of the world.

The success of the family law prac­tice, he promoted, “we will bump heads, but we’re family and will al­ways forgive each other.” He encour­aged us “not to place blame, but to work through problems and fix them.” His philosophy of “The law practice isn’t to create problems, it is to solve problems.””