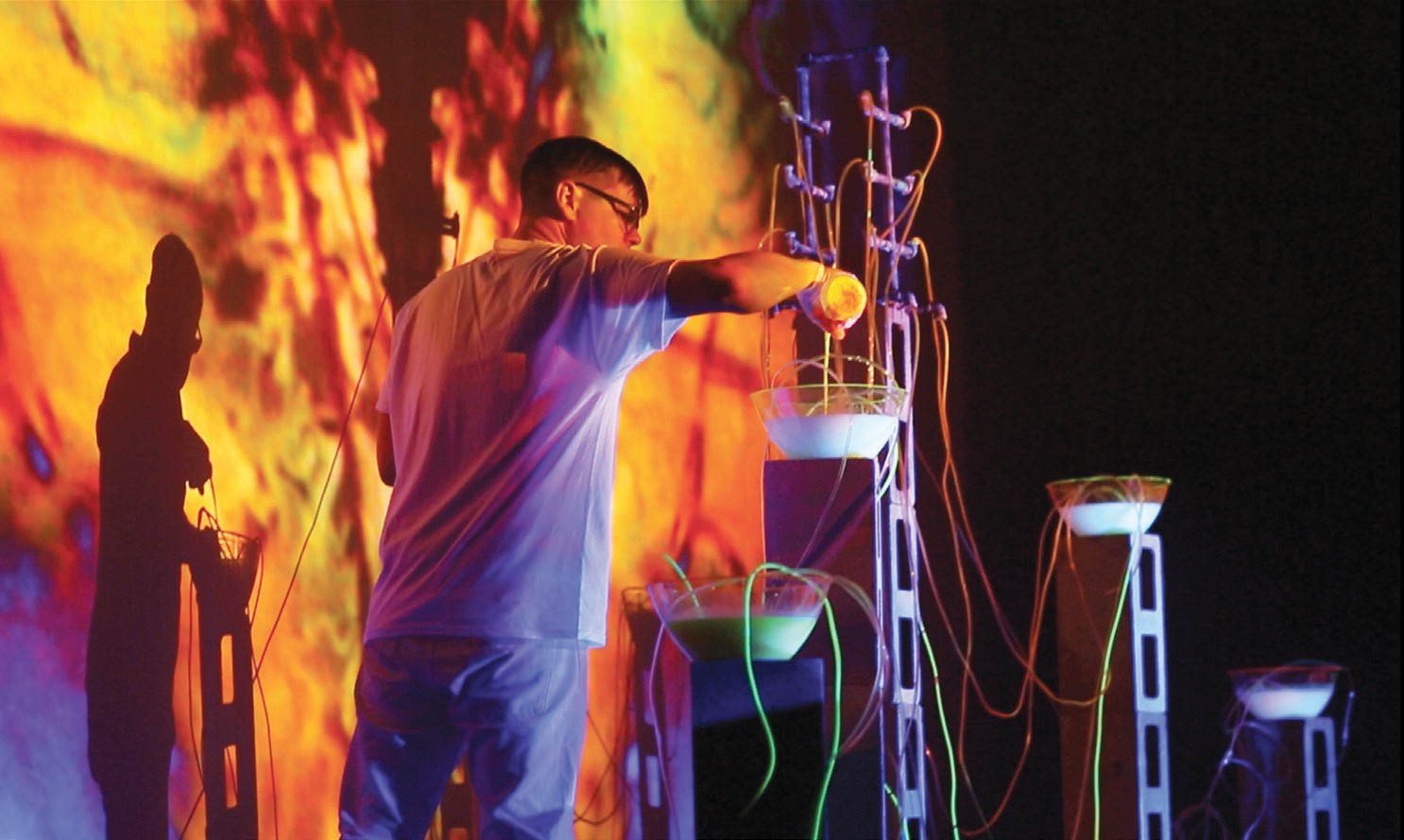 A Ship in the Woods will present its first exhibit of 2017, WAKE from

A Ship in the Woods—which is a metaphor for something unexpected— also calls its itself WSOHOIDPS, which is the the letters in the word “ship” interspersed in the word “woods.”

The works at “Ship” is hard to categorize. “Unlike anything else going on.” Ditto the group itself. “I don’t know how to categorize it …that’s what makes it so interesting.” said Artist David Adey, who was reported by Teri Figueroa recently in the U-T.

“This un-photographable sensory experience leaves you with an ethereal afterimage. Immersive, ingenious, informal and social, it’s emblematic of what A Ship in the Woods brings to the San Diego scene.” Said Ariel Plotek, Curator of Modern Art, San Diego Museum of Art.

WAKE will feature immersive art installations and musical performances by Xiu Xiu and Kid606. According to the press release, on the program the music on Xiu Xiu’s latest album, “Forget,” “embraces the duality of human frailty that examines the palliative fade out of a traumatic past but also the trampling pain of a beautiful one’s decay.”

March 14 is, of course, St. Patrick’s Day. WSOHOIDPS will throw its own version of an Irish wake. Scientists and artists will “question our vanishing eco-system, climate change, and the decline of our political system. Come pay respects to the universal self as we move through uncharted waters and unveil questions that examine the wake of our future existence. Remember to dress appropriately and bring flowers.”

Salk Institute Neurobiologist John Reynolds commented, “To ask questions beyond the realm of what we look at as scientists … it’s a way of looking at some of the questions that I care about in a way that is a much freer point of view. Science has to be very vigorous. In this, we can play.” 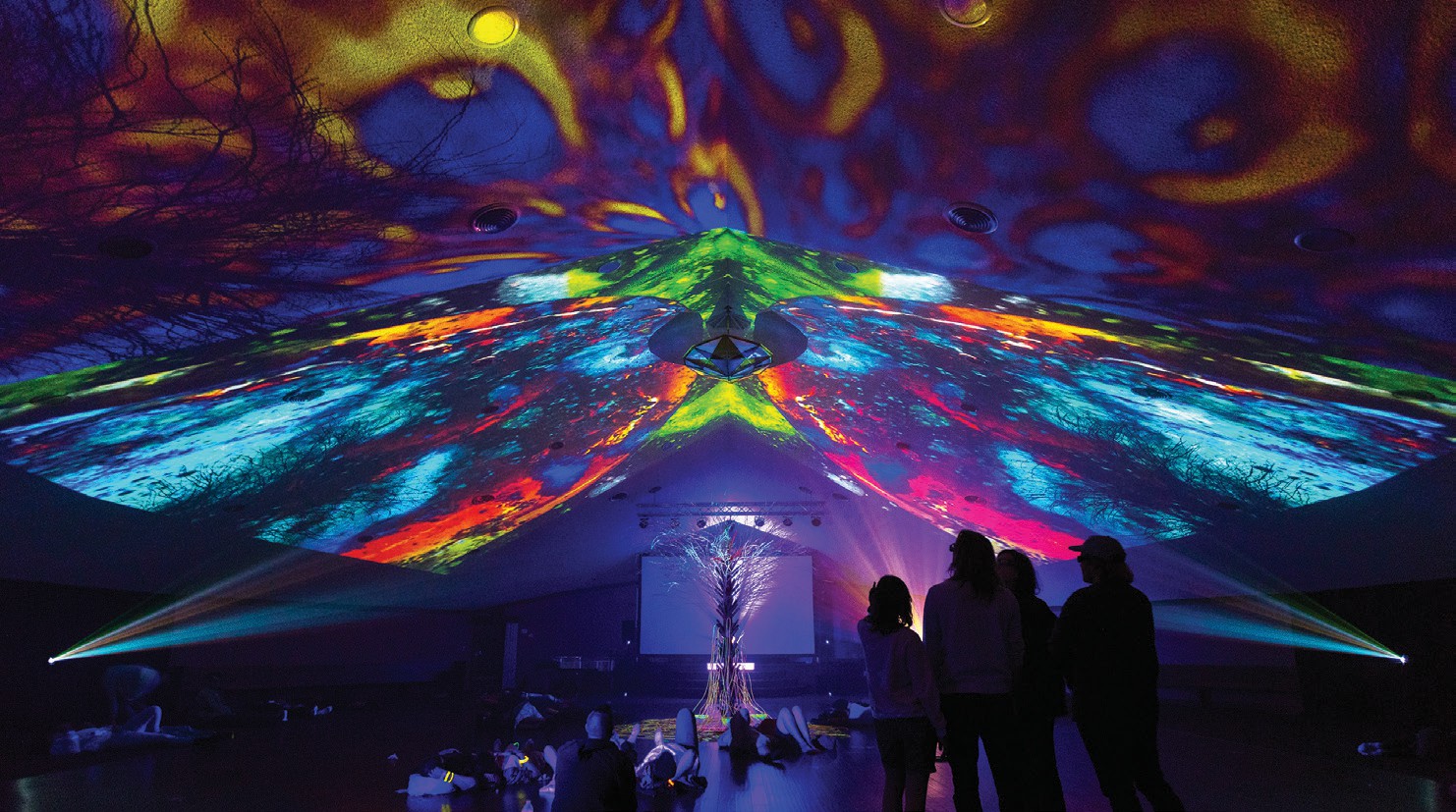 transformative “Desert Abyss” within dense layers of audio and visual senses. Water and the concept of drought play a vital role as reoccurring visual and physical motifs. The interconnection between life and survival become evident as Circular Dimensions shifts and mutates on both micro and macro levels of perception within a “4-D” realm.

On view will be William Fenney’s Bigsnooz, which will add a twist to the Irish Wake theme. In addition, there will be work from scientists, sound artists, and engineers.

Greg Smaller is a sound artist who will explore the site-specific sounds of the stream located on the property. Code + Kitchen, a community-based organization, will team up with the Ship In the Woods to create installations that combine the intersection of art, technology and science.

WAKE participants also include Stuart Anstis, a world-renowned vision scientist, Dr. Gabe Miller, senior scientist at the San Diego Zoo and Glennis Muldon. All will bring their ideas to life as science and art interplay within the context of the work.

WSOHOIDPS (A Ship In The Woods) is a nonprofit organization pursing contemporary dialogues in art, science, music and culture. Over the past 7 years it has provided diverse multi-disciplinary programming and continues to engage the community through its home headquarters in Escondido. In 2015 the foundation secured its new permanent location within a two-acre oak grove and a meandering thousand-year-old stream bordering Felicita County Park.

It is known for its curated cultural events featuring established worldclass artists, scientists and innovative thinkers within a domestic space, along with satellite events, residency pro- grams and collaborative experimental projects. Its purpose is to sustain being a platform for all creative minds seeking to enhance our ever-changing worldview.