Dawn Cheek, below in flowered dress, and other graceful teachers, above, show Lansing Circle children some Polynesian dance techniques at the neighborhood’s 10th annual Block Party on Sunday.

The freedom in question is the freedom from drugs, crime, gangs and despair.

One of the key figures in the ref­ormation of the neighborhood was Robert Barrientos, who became the property manager of the 16 four- plex buildings on Lansing Circle.

“The police used to come down here in two squad cars,” Barrientos told The Times-Advocate. “That’s how it was. You couldn’t get a pizza delivery or an ice cream truck to come into this neighborhood.”

There were seven gang-related families living in the area, which had to be rooted out.

“I kind of regretted taking on this job at first, but I just talked to the homeowners, and reassured them that we’d get better renters 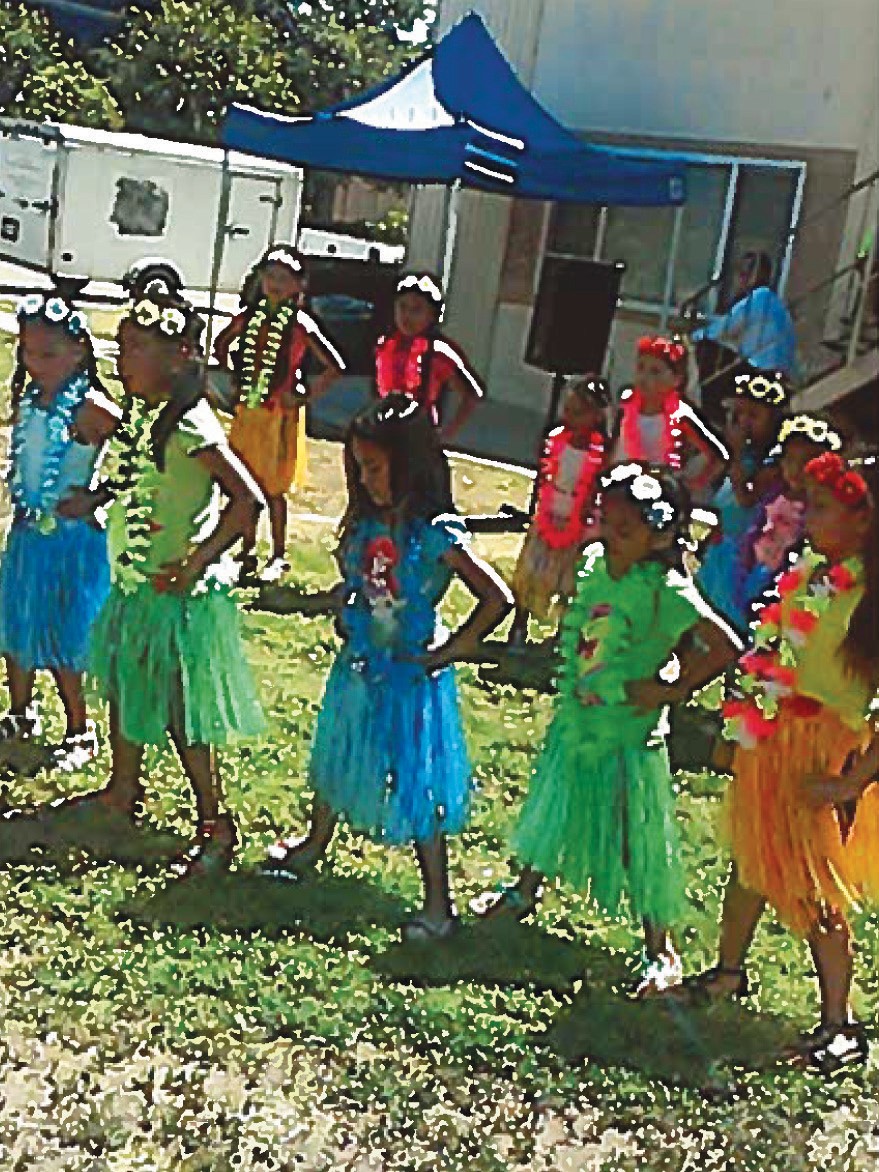 and they responded,” he said. “It took three or four years to evict all of these people.”

Neighborhood Services went out on a limb to help what was the third worst neighborhood in North Coun­ty, according to Barrientos. They worked with owners of the apart­ments and renters who were willing to report crimes. The Escondido po­lice responded quickly to problems and police reports aided in the evic­tions that slowly worked through the courts.

Graffiti removal was part of the deal. “You know, when you have these gangs, they’re going to want to mark their territory,” he said.

“Now we have the kind of neigh­borhood when I walk through on Fri­day and Saturday night it’s quiet, just children playing,” Barrientos said.

Councilman Ed Gallo said the block party celebrates a true trans­formation. He recalls going on a ride-along with then 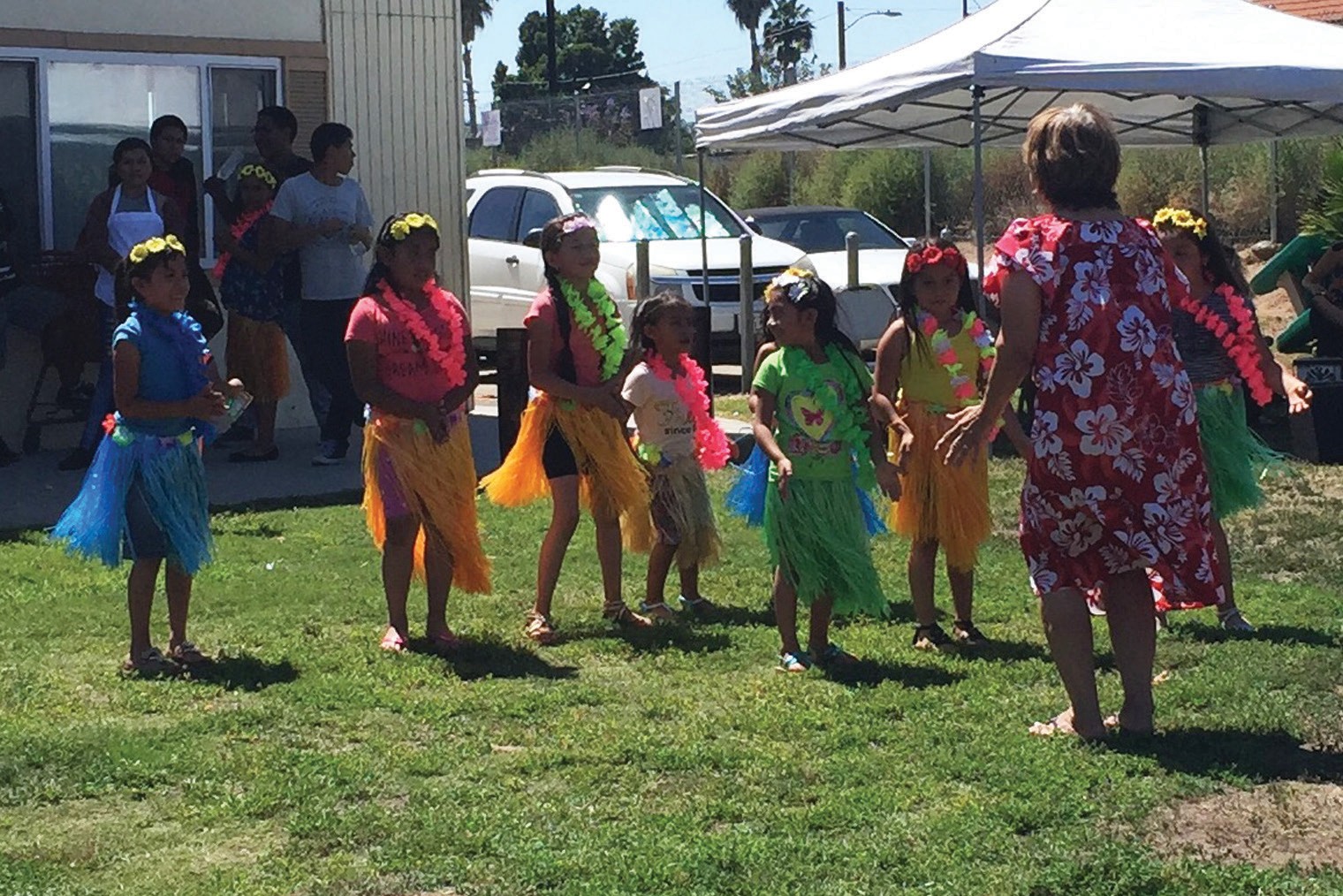 police Sgt. Craig Carter (now chief of police) to Lansing Circle, which is off of North Hickory Street. The dead end street was a perfect haven for gang­sters.

“It is one block and it’s next to the flood control channel so they could jump the fence and there were lots of hiding places,” Gallo said.

He praised Barrientos for being a lightning rod for the community. “It had gotten to the point where people said ‘I don’t want to get involved.’ They were afraid they would get ret­ribution from the gang-bangers. But Robert managed to bring tenants to meetings. . .” that slowly helped overturn the gang power structure, he said.

Barrientos said that monthly neighborhood meetings bring in 20 to 30 residents and property owners and, though it took some time, pizza and ice cream delivery have been restored.