It was a warm one for the Fall Grand Avenue Festival, but the sweat-inducing weather didn’t keep the crowds away from the sights, sounds, and smells of one of the region’s largest street fairs.  The bi-annual Fall Grand Avenue Festival was another fun morning and afternoon, with thousands of pedestrians and hundreds of vendors. It was a walker’s paradise. As always, it was put on by the Escondido Chamber of Commerce.

Rorie Johnston, CEO of the Escondido Chamber, told The Times-Advocate: “The Grand Ave Festival was filled with spectacular entertainment from our local schools, dance groups, martial arts and playhouse. High school choirs and soloist rocked the stage!  The temperature soared into the high nineties, but that didn’t stop patrons from shopping for unique gifts and enjoying international food from both the street vendors and shops on Grand Avenue.”

Join us again in the Spring for the May 20th Grand Ave Festival. 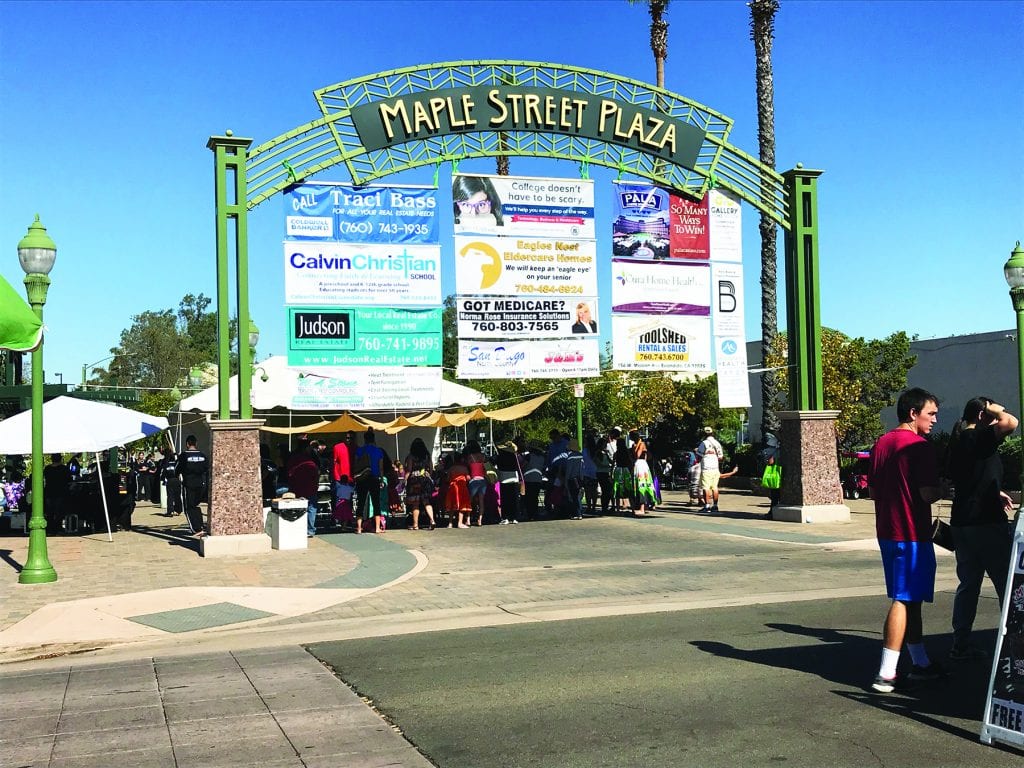 Maple Plaza was the scene of live entertainment all day long, provided by local groups. 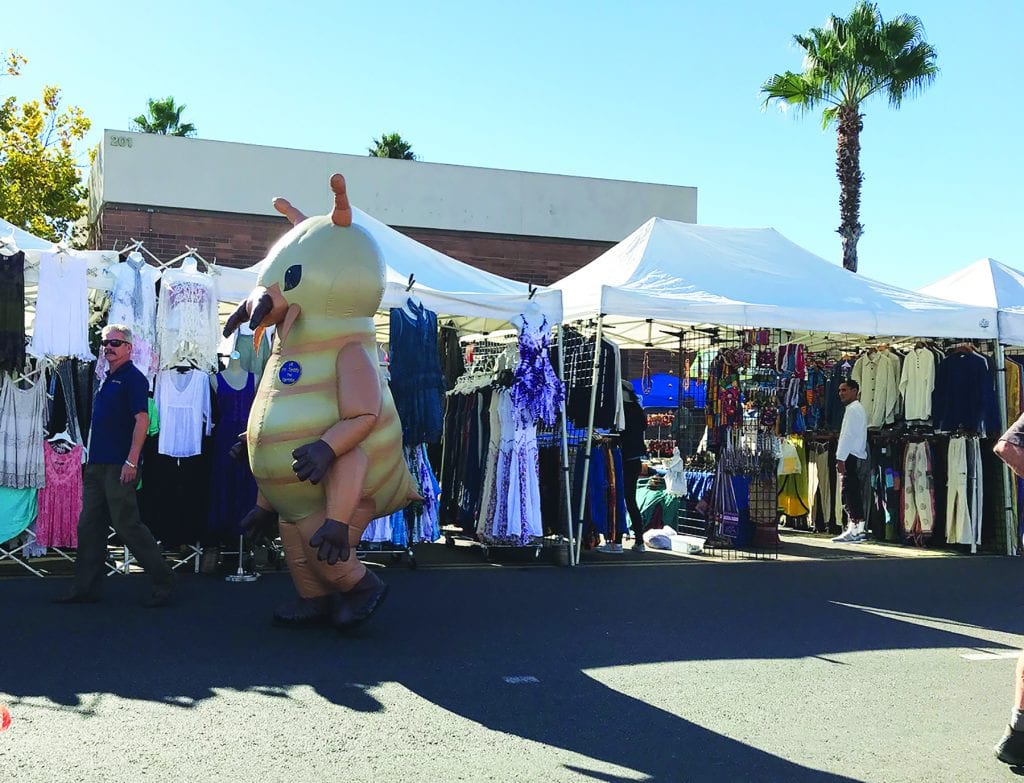 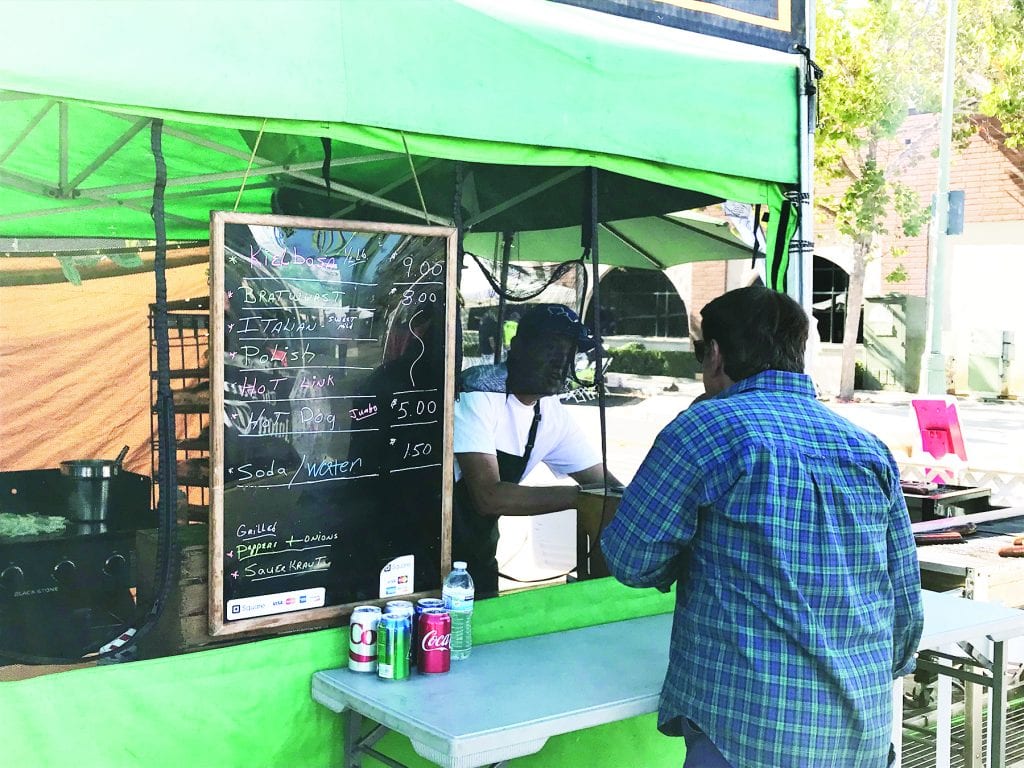 Street vendors satisfied primal cravings, such as the craving for meat hot off the grill. The sweet sausage served with sautéed onions and peppers was especially savory. 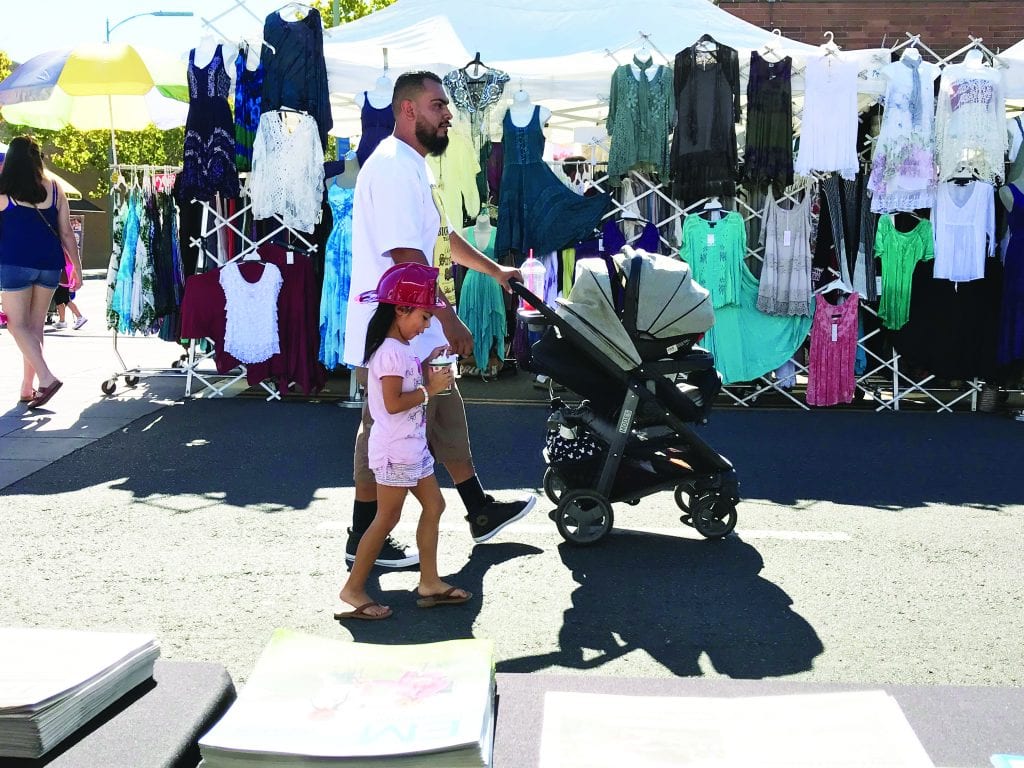 Strolling along Grand Avenue taking in the sights. 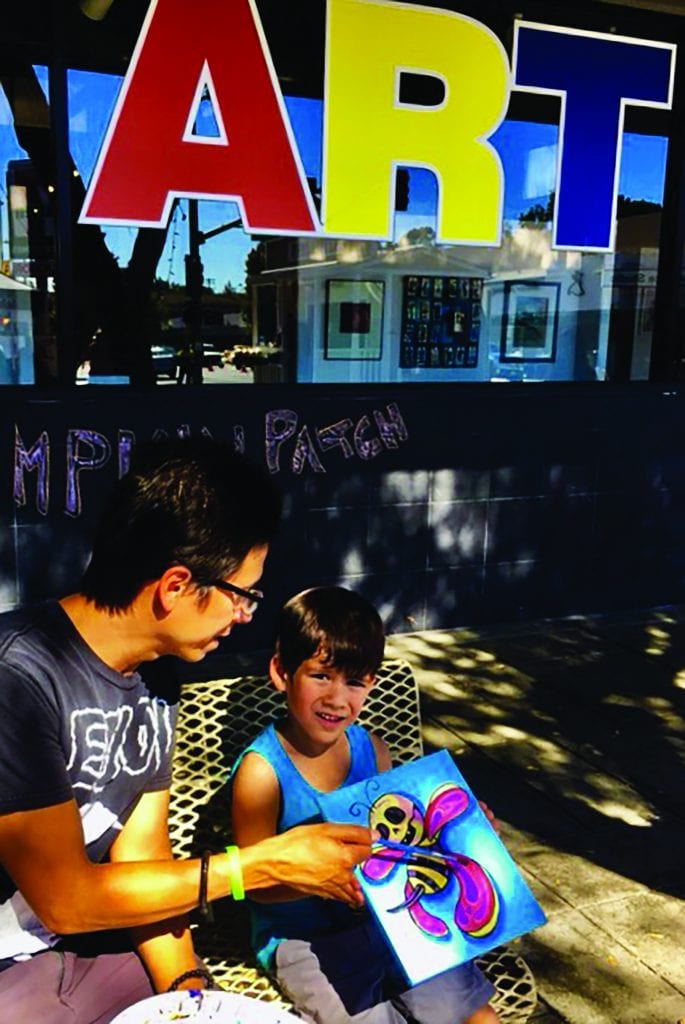 Padilla does a special painting for his son—and fan—Drake. 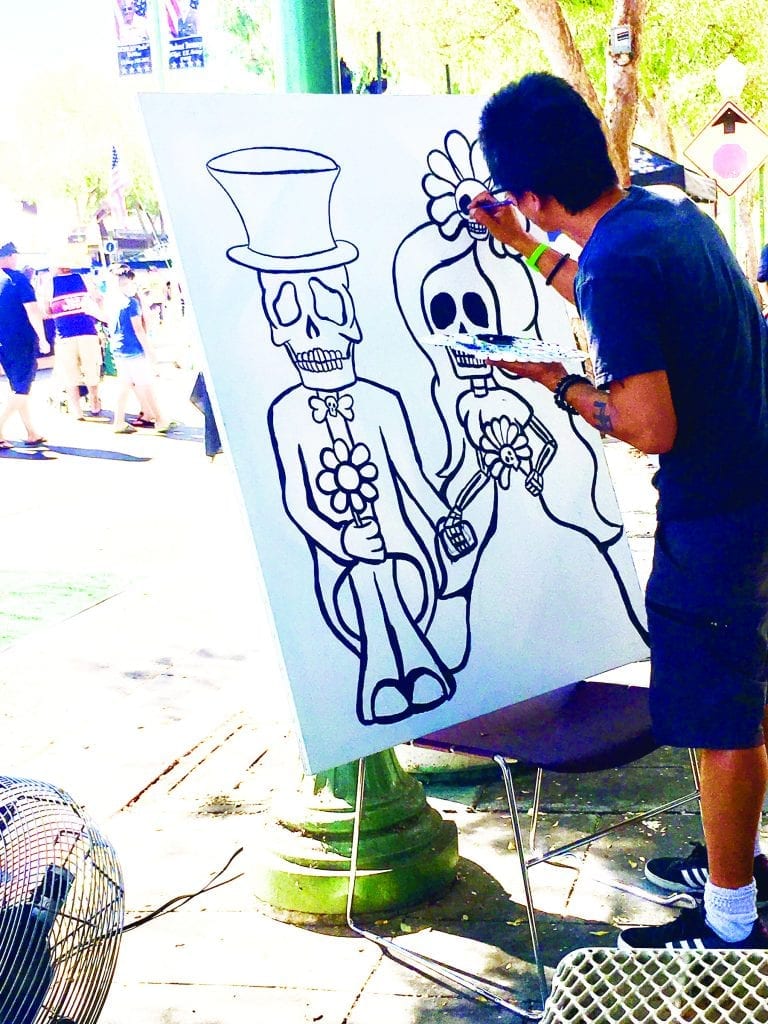 Armando Padilla at the street fair creating some street art in front of the Escondido Municipal Gallery. 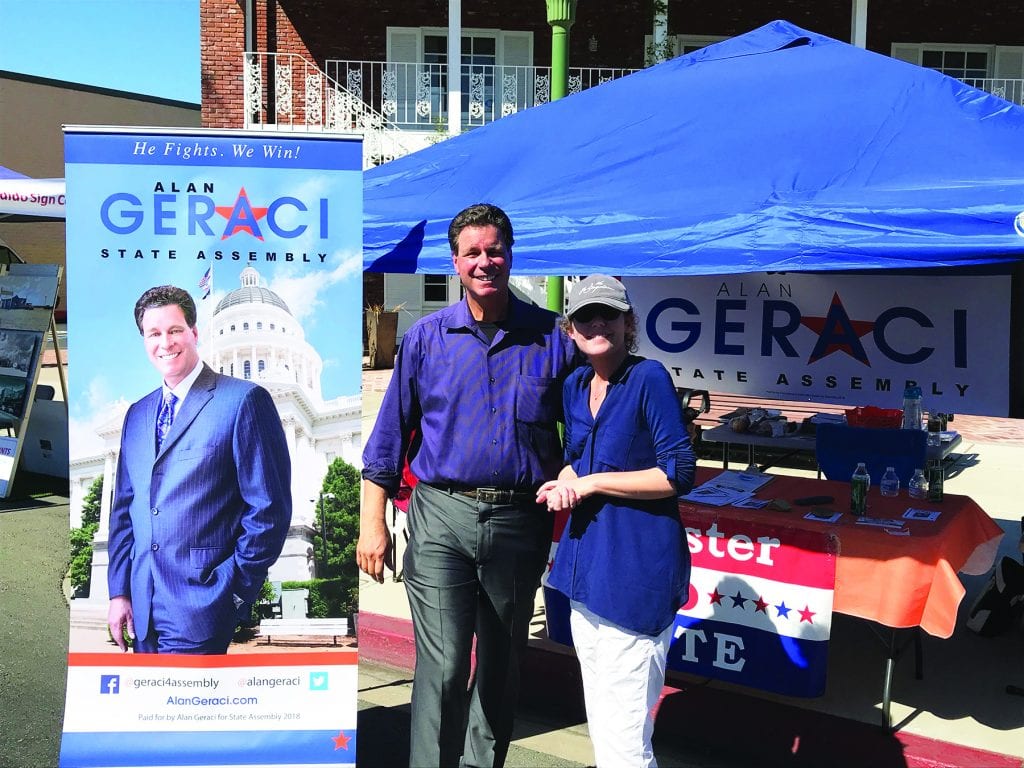 Alan Geraci, a candidate for the Democratic nomination to the 75th Assembly District, was out meeting potential constituents at Sunday’s street fair. The election isn’t until next year, but you can never be too early. Geraci is a Fallbrook resident. 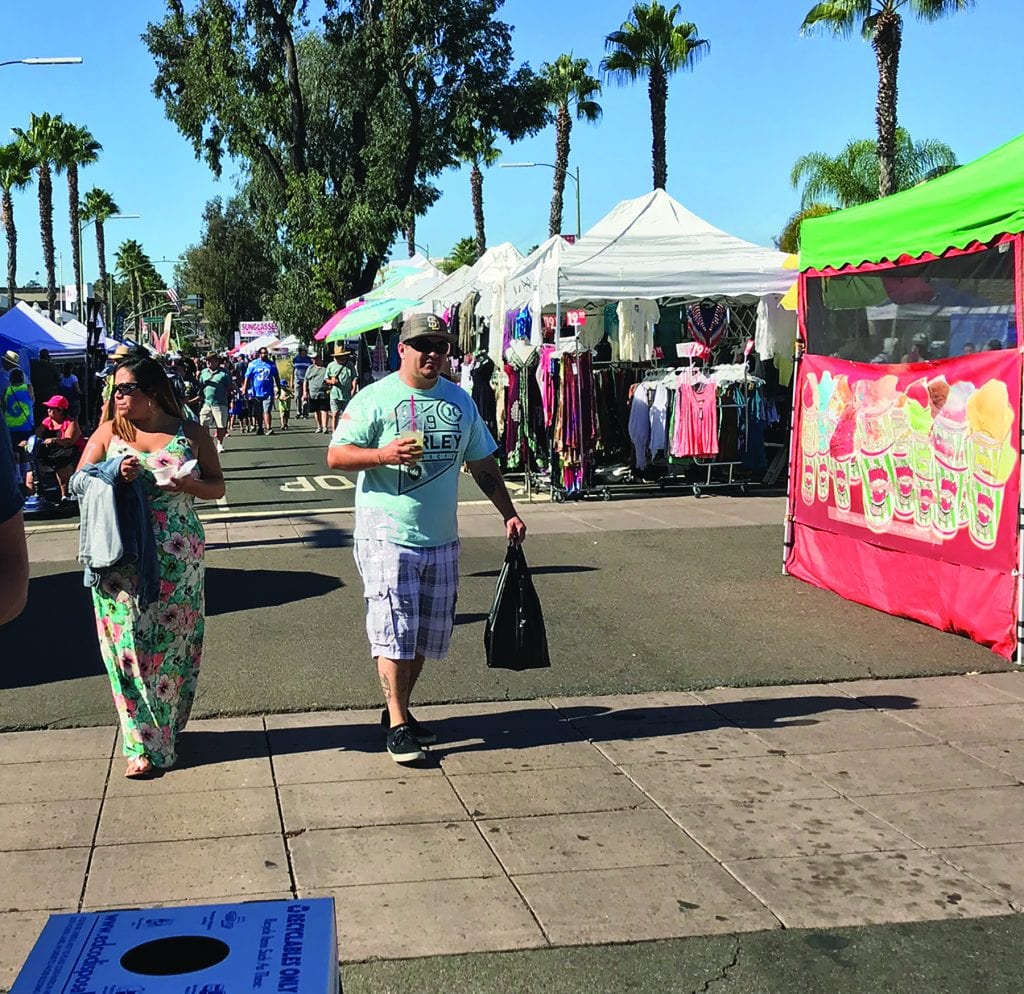