A few thoughts before the ball drops on 2016 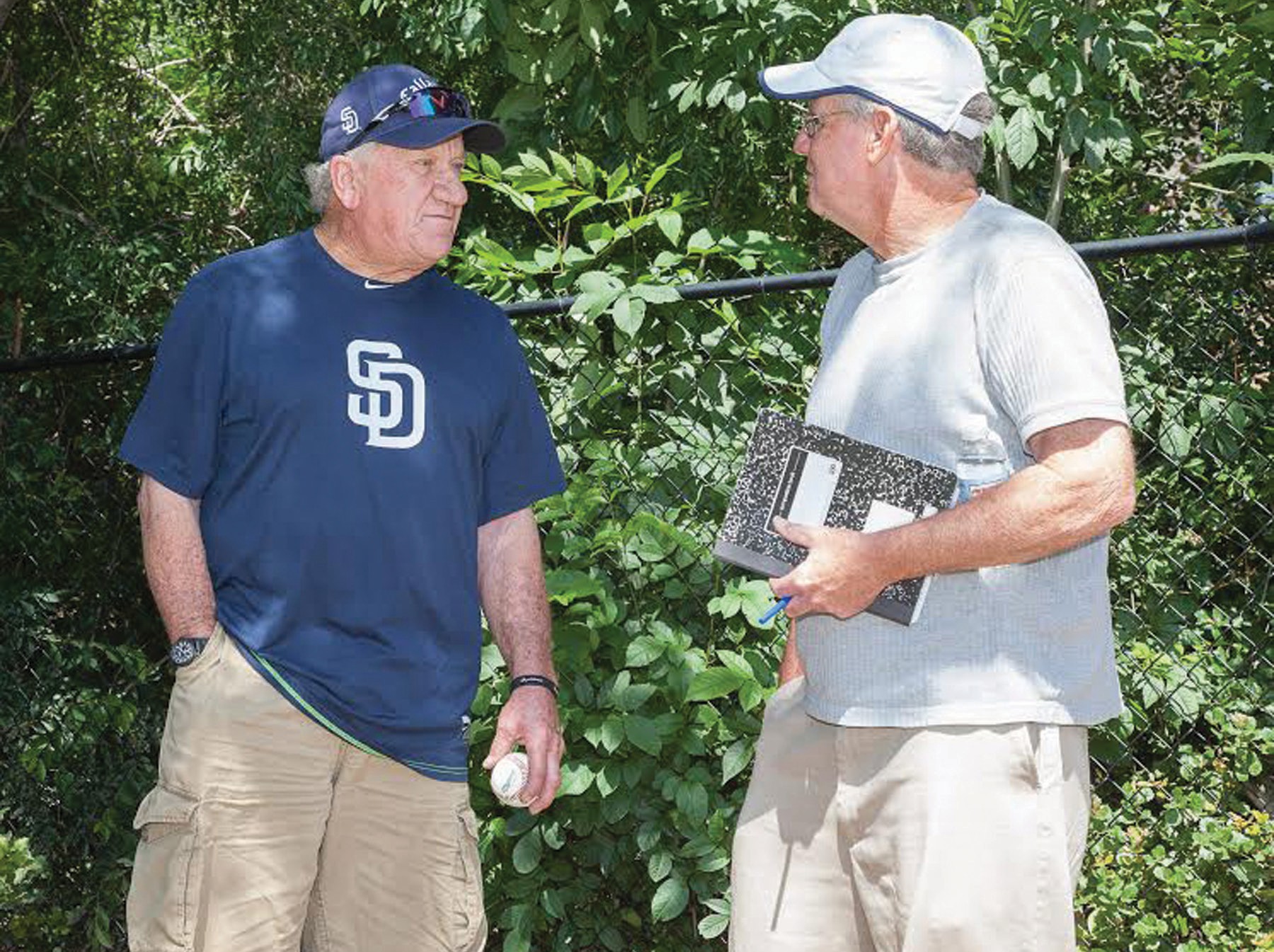 As the days wind down and 2016 is about to exit stage left, here are some final thoughts to take you into the New Year.

When it came to professional sports, San Diego had an armpit of a year.

The Padres struggled for a sixth consecutive year, winning a paltry 68 games. Those running the show down at Petco are trying to sell fans on the fact some impressive young studs are on the way, primed to come to the rescue. That may be so but we’ve heard that tune before and things never did pan out. Until there’s dramatic improvement on the field, it’s hard to get juiced up over the Pads. Without even one marquee name to gin up the interest — sorry but the solid Will Myers doesn’t qualify on that account — there’s really not much to get excited about in 2017. But maybe at least, General Manager A.J. Preller has learned how to share more accurate medical records. Ouch!

As for the Chargers, they went limbo low and completely bottomed out on Saturday, losing to the then winless Cleveland Browns. If Mike McCoy is able to save his job, he’ll be a miracle worker worthy of the Bible. Yes, injuries have played a huge part in this debacle of a season but despite that, plenty of games that should have found their way into the victory column were flat out blown. The meltdown that took place even affected the incredibly reliable Phillip Rivers who experienced a season that he’ll quickly look to flush.

It’s gotten to the point that given the team’s abysmal record and the animus that Dean Spanos continues to fuel among the community, the Chargers’ impending departure won’t foster nearly the heartache that it would have created as recently as last year. Even a sizeable number of die-hard Bolt fans have had enough and would be more than happy to show Spanos the door and then slam it on his butt on the way out. It’s hard to remember the Chargers ever being at a lower ebb.

If the Chargers do vamoose, then they’ll be headed to a market they’ll have to share with the Rams, another hugely disappointing team. The Rams’ first season back in L.A. after of years of exile in St Louis turned out to be one colossal dud. But here’s the rub. The Rams could turn it around fast should they bring in a new coach who can straighten out their woeful offense. On the other side of the ball, the Rams are solid with the lockdown capability. Figure out a way to reignite running back Todd Gurley, add a productive receiver or two and then develop young quarterback Jared Goff and the Rams suddenly become viable.

I for one wasn’t sure that SDSU coach Rocky Long was the right man to get the Aztecs to become the big fish in the Mountain West Conference but he’s proven all the doubters, including yours truly, totally wrong. With back-to-back 11-win seasons, he’s elevated State’s program to a plateau where it should have been years ago. And with the team riding a surging wave of momentum, there seems to be no end in sight. It’s too bad that the Pac-12 isn’t currently looking to expand because at this point in time, SDSU with Long leading the charge would be the perfect fit.

Jones lived up to his down-home, good old boy image to the max. The guy couldn’t have been more accommodating and generous with his time. A master storyteller, he had me thoroughly enraptured with the tales he spun. And you talk about recall, Randy has the mind of a steel trap, able to recount specific counts, games and incidents from the past as if they happened just yesterday. Moreover, after I told him that I’d been a lifelong Cincinnati Reds fan, he preceded to regale me with personal anecdotes about my beloved Big Red Machine. Man, he had me in baseball heaven. Just one hell of a nice man and deserving of all the good will that has justifiably come his way.

As for the venerable Embrey, it’s hard to imagine more of a class act. Talking with Coach was a delight as he took me back to a time when Escondido High was synonymous with football excellence and championships. And the affection, respect and admiration that he held for all those who had competed for him spilled over into his every word and thought. Even at 89, his mind is still honed in and sharp and similar to Jones, I was amazed at his ability to instantly recollect countless moments and events from yesteryear. What also made a profound impression on me was that even though his achievements were immense, he was genuinely self-effacing and downplayed his importance as to the remarkable success that the Cougars reached under his stewardship. We should all learn to walk so humbly. What’s the best thing I can say about Chick Embrey? Simply put, I would have treasured having had the opportunity to have played for such a special coach and man.

College team that will make the biggest turnaround in 2017? Look for the Fighting Irish of Notre Dame to shake off a horrendous 4-8 campaign and again wake up the echoes to the tune of a minimum of nine victories. The recent hire of highly-regarded defensive coordinator Mike Elko from Wake Forest has all the earmarks of a home run that should unleash the talent on that side of the ball that for too long has laid dormant. Brian Kelly needs to have a stellar season in order to get the critics off his back and it says here that he’ll get it. If not, the ground will be rumblin’ in South Bend.

When rooting for a team that the experts say has no chance, remember one thing. They said the same thing about Donald Trump.

Though many are beside themselves about the return of Tiger Woods, it just doesn’t register on my meter. Perhaps it’s because I tired of the thousands of times when the press tried to make him the story when in truth he wasn’t even close to that. The constant fascination with Tiger reached a saturation level long ago. I really have no idea on how he’ll do now that he’s back but one thing’s for sure, the intimidation factor that he once wielded in his heyday has evaporated. Yes, his fellow pros obviously respect him but the fear factor is gone. The question going forward remains does Tiger still have some real bite left in him?

And so as 2016 is about to hit the finish line, I wish you all a happy and productive New Year where your dreams become reality and you have the blessing of loved ones to surround you. It’s been a genuine privilege having had the opportunity to write for this relaunch of the Times-Advocate and being able to share with you my views, opinions and perspectives on what is closest to my heart, the world of sports. I would also like to express my sincere gratitude to all those who have taken the time to read any article that I have authored. I am truly grateful for your consideration and it is my hope that in a small way I have somehow entertained and informed. My best wishes go with you now and in the future. Never stop swinging, JTE.